1970s heavyweight Jody Ballard might not have a huge or indeed an instantly recognisable name, but the fighter from Houston, Texas shared the ring with about as many great fighters as any man could ever hope to share a ring with: George Foreman, Larry Holmes, Bob Foster, Ken Norton, Mike Weaver, Matthew Saad Muhammad, Ron Lyle and “The Greatest,” Muhammad Ali. The hardcore fans, the older fans, they sure remember Jody.

Ballard, now aged 70 and in fine health, his speech and memory both intact, has some ring career to look back on as a result of the countless rounds he spent in action with the above names, along with the men Jody fought for real during his six-year pro career.

Here, Jody kindly strolls down memory lane for the benefit of ESB readers:

Q: You boxed during what was the golden era for the heavyweights, the 1970s, and you fought so many big names, in the ring, in sparring in the gym and in exhibition bouts…..

Jody Ballard: “Absolutely. You said it right, it was the golden era. I had a great career and I earned my props.”

Q: Where to start with your career? You fought Jimmy Young in a big fight. How good was Jimmy and was the ten-round decision he won over you in September of 1977 a fair decision?

J.B: “Jimmy had just beaten George Foreman, and he had really beaten Ali too, in as much as everyone felt Jimmy had beaten Ali (in April of 1976, Ali instead getting a debatable decision win). He was the number-one contender at the time of our fight. He was a clever fighter, who had beaten killers like Foreman and Ron Lyle. Jimmy was a smart fighter. He made all of ’em look like clowns. But I don’t think he beat me, I really don’t. He dominated guys like Foreman, Ali and Lyle, but he didn’t dominate me. You can look at the fight and see for yourself (it’s available on YouTube). I was leading the fight on points, having won the first six or seven rounds, but then they gave him the last four. That still wasn’t enough for him to get the win, but he was the number-one guy at the time, and who was Jody Ballard? Don King had his plans in place for Young, for his next big fight. A whole lot of people agreed with me in thinking I won that fight. I was robbed, totally.” 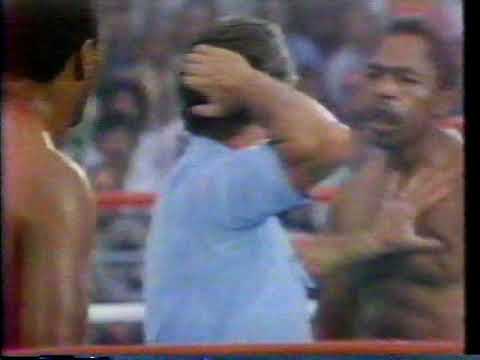 Q: That was one of your biggest fights. Going back to the start, what was your amateur record?

J.B: “I had just six amateur fights. I fought in two or three Golden Gloves tournaments. I always wanted to be a boxer. As a young kid I fantasised about being like Ali and all those greats. I had a good career when I went pro, being ranked number-eight in the world and being rated The Best Young Heavyweight Prospect at one time. I moved to Houston and that’s when I went to the great gyms, filled with greats fighters. I met Al Bolden – who I call Potato Pie – and he began training me. He was a rough trainer, too. If he wanted to show you how to throw a body punch, he’d throw the punch and he’d hit you with the punch, to show you for real how it’s done! I started boxing a little late I think, at age 23, but Al Bolden taught me a lot. He was the real deal.”

Q: Along with the amazing sparring you did with so many champions, you faced some good fighters in your pro career. What would you say was your best win?

J.B: “Well, when I beat the number-eight guy in the world at the time, Rodney Bobick, that was a pretty good win. But the Jimmy Young win would have been a whole lot bigger had they actually given it to me. But Bobick, he was Angelo Dundee’s fighter and I was surprised they gave me it [the decision] that night in Miami. But I was sharp that night, to the extent that even Ray Charles would have seen that I won! I gave him quite a beating. But that was a dream for me, that fight. I had looked up to Angelo Dundee, who of course trained Ali, and now here I was fighting his big guy and beating him.”

J.B: “There’s another one. I thought I won that fight. I fought killers, destroyers, but they didn’t destroy me.”

Q: Talk about all the big names you sparred in the gym.

J.B: “First of all, people have to understand that back then, that was when fighting really was fighting. If you were a chump, the top names would not keep on bringing you back for sparring. You really had to be able to fight. All the champions wanted to use me, because they knew I wasn’t no chump. Bob Foster, I’d say he was the best light-heavyweight I ever sparred. He didn’t take no prisoners, and that was me right at the start of my career; can you imagine that! Foster’s one foot in the bucket style, where he would throw the over-hand right, I copied that off him. Larry Holmes and I, we sparred so much. We both started at around the same time, going pro, and I sparred him so many rounds. To spar that monster every day, that was something. And Holmes was a mean fighter, he was vicious. I’d have to put him up there with any heavyweight in history. Larry, he would keep you in the ring until he got you back, until he got the better of you, and that could mean a long day. I took some injuries from sparring with Holmes, two eye injuries and an arm injury. Me and Holmes, we fought like dogs every day. Fighters are only as good as their sparring partners anyway. If you spar bums, you cannot become a great fighter.”

Q: What about sparring George Foreman? If Holmes was mean, what was Foreman like?

J.B: “Oh, George! I kind of was able to handle Larry, but guys like Foreman, Cleveland Williams and Ron Lyle, they were so powerful. I was just 198 pounds, 205 was the heaviest I ever weighed, and I was too small for those big guys, those killer punchers. That said, I held my own with them too.”

J.B: “I sparred Ali for the (third) Ken Norton fight, I also sparred Norton. Ali used me because he knew I’d sparred Norton, also he knew I threw the same over-hand right that Norton threw. Ali was the greatest I ever shared a ring with. Ali could be as many as five different people. He could be mean, he could be easy-going with you, he would never try to hurt you, and he was such a smart and funny guy. I went to his after-fight parties, I go to know the real Ali – that’s why I wasn’t shocked when he beat Foreman. I felt Ali could beat Joe Frazier, but only if he got totally serious. Ali really was the greatest.”

Q: And you fought exhibition bouts with Ali and Foreman?

J.B: “Well, let’s get it straight, they were not exhibitions, they were real fights. With no head-gear, with the other guy trying to take your head off, Foreman especially, that was as real as it got! Ali would clown and play, yes, but he told me after the fight (in 1977, Ballard boxing an exhibition with Foreman two years before) that I had hurt him with a right hand at the end of a round, and that he had clowned and played it off. Ali told me that had that been in a real fight he would have been in real trouble and I’d have been the heavyweight champion of the world.” 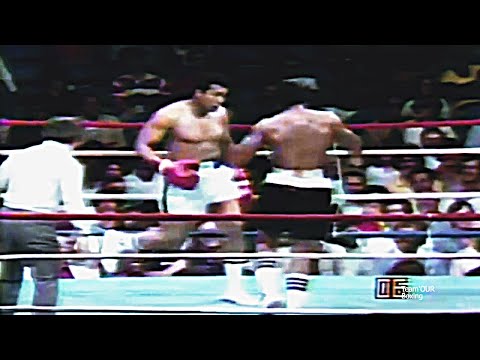 Q: Was Foreman a truly mean guy back in those days?

J.B: “George was 100 percent a mean guy. Totally. George had to show me (in the exhibition) that he wasn’t playing. I saw an opportunity and I took advantage of it; I saw an opening. George came back and hit me and I was like, ‘oh, man!’ So that’s what it was, I hit him and I paid the price.”

Q: You are in great health and your speech is clear. Lots of fighters are not so lucky…..

J.B: “Yes, lots of fighters pay the price. I made sure to avoid that. I trained hard and I was always taught how you should hit and not get hit. I was a defensive fighter, otherwise I wouldn’t have lasted as long as I did. I got my props.”

Q: Do you watch the heavyweights today?

J.B: “I do watch, yes. But it’s nothing like the old days, I’ve got to say. One fighter I really respect is Evander Holyfield. He was a small guy in there, a light-heavyweight, yet he was able to beat the big heavyweights. He had it going on.”

Q: Finally, do you keep in touch with any of your former opponents or sparring partners?

J.B: “Me and Larry talk all the time, he’s looked out for me. Larry is a great guy, he paid for my eye operation. George, not so much. I speak with Roy Foreman (George’s brother) quite a bit. I will always remember Roy Foreman for one thing – he was the guy who got me the biggest ass whuppin’ ever imagined (laughs). He arranged the Foreman fight.”

Jody Ballard finished with a modest-looking 27-14 record yet he was instrumental in making the great Larry Holmes the fighter he was. Ballard is, to use the old, but in this case accurate cliché, one of the genuine nice guys of the sport.

5 thoughts on “Exclusive Interview With Jody Ballard: Me and Larry Holmes Fought Like Dogs Every Day”