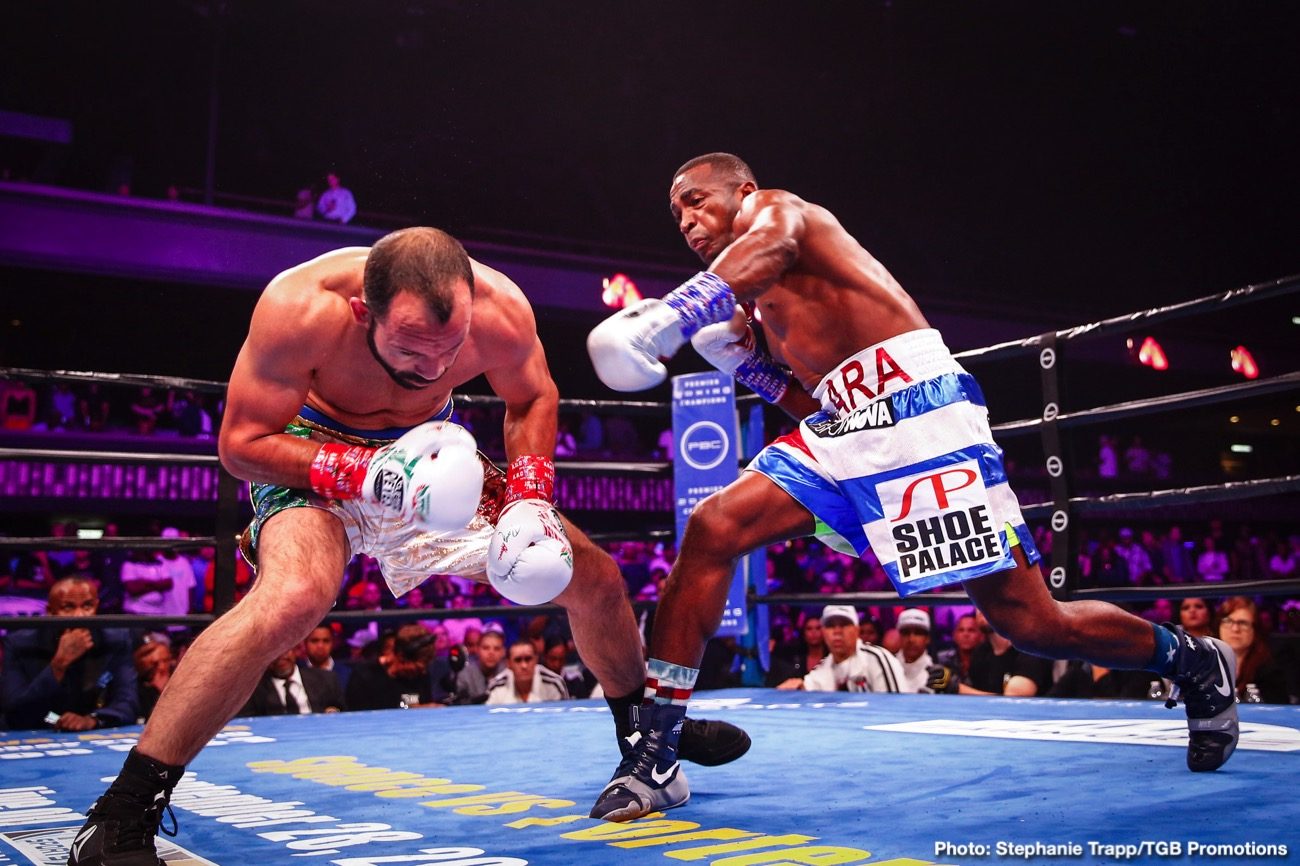 The main event of the PBC on FOX went as planned, Erislandy Lara completely dominating an overmatched Ramon Alvarez at the Armory in Minneapolis, Mn. Lara took his time in the first frame lining up his straight left hand. Several of Lara’s left hands hurt Ramon and he never was able to recoup. With Alvarez hopelessly stuck on the ropes, Erislandy landed several laser left hands causing the referee to stop the action in the 2nd. From the sounds of it, Lara will move on to an interesting matchup with Michael Soro as part of the agreement for tonight’s WBA regular trinket belt.

In the co-feature, Sebastian Fundora versus Jamontay Clark started with Fundora outworking Clark to no surprise. The action tightened up by the midway point, when Fundora increased his pressure hurting Clark repeatedly in the 6th round. Clark holding on for dear life decided to turn the fight into a wrestling match scoring a double-leg takedown. Fundora closed that round with heavy punches. Clark somehow rallied early and late in the 7th, stopping Sebastain in his tracks at times.

In the 8th round Clark upped his workrate landing post shots and jabs on the move while Fundora was chasing instead of cutting off the ring. The two continued in what was a spirited scrap, one judge had it miraculously 98-92 for Fundora, one 96-94 for Clark and the third 95-95, rightfully so making it a split-decision draw.

The Compubox numbers barred out a competitive bout, Fundora landing 130 of 554 and Clark 168 of 557 at a higher percentage. Clark’s jab was a key holding an 88 to 45 landed rate on Fundora. Post fight Clark said, “I felt like I pushed enough to get the win. The judges saw it another way. If Fundora wants to run it back again, we can run it back again, the sooner the better for me.” Fundora added, “I thought we got it, but it wasn’t what the judge’s saw. I’d be happy with a rematch.”

Opening the FOX broadcast, Cuban heavyweight prospect Frank Sanchez (13-0, 11 KO’s) won by technical-stoppage over Victor Bisbal, it started with Sanchez landing early flush right hands. Once the referee helped Bisbal with his plumber crack he showed a good chin but the fight was halted by his corner before the 5th round began.

Minneapolis based fighter Celso Ramirez and Tyrone Luckey traded punches right out of the game and it never slowed down. Overhand rights followed up by left hooks in the 2nd by Ramirez made it seem Celso was in control. Luckey’s upper cuts in the 4th and short punching on the inside thereafter got him back in the fight. The scorecards were fair with one of the judges seeing it 58-56 for Ramirez and 57-57, 57-57 ending in a draw. Money Powell took his first loss as a professional to former two-weight titlist Devon Alexander’s brother Vaughn. Money owned the first two rounds, as the fight wore on Vaughn closed distance and started to land hard shots in the third. Although Powell did some good work on the outside the harder punches came from Vaughn Alexander. The scorecards read 76-76, 77-75, & 78-75.

Making his pro debut, standout amateur from Cuba David Morrell Jr. used a straight left hand to score a knockdown early on. Morrell Jr. followed up with right hooks to the head and body in combination to close the show. Filipino bantamweight contender Reymart Gaballo scorched a left hook to the body of Yeison Vargas in the 2nd bout of the night resulting in a knockout, a body blow that was heard by everyone in the building.
Aaron Anderson’s (6-0) straight left hands and leaping left hooks mixed with consistent activity in a phone booth affair nearly stopped Akeem Black in the 5th round. Anderson went on to secure victory via unanimous decision. After the main event another Cuban prospect Johhnys Argilagos (3-0) destroyed Julio Garcia. Also, Shawn Simpson (11-0), Duke Micah (23-0), Kyrone Davis (14-2), and Tyrek Irby (8-0) picked up wins in off-television bouts.

With no local attraction on the main card the attendance at the Minneapolis Armory still managed 2,896. The next event at the Armory will be December 21st rumored to be on Showtime. Don’t be shocked to see Lara return versus Soro and Jamal James to be on the card as well against Sergey Lipinets or Bryan Perrella. 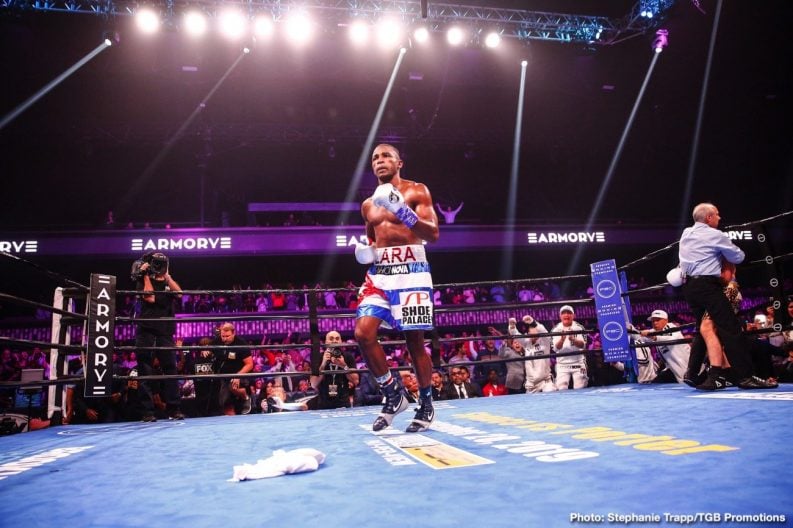 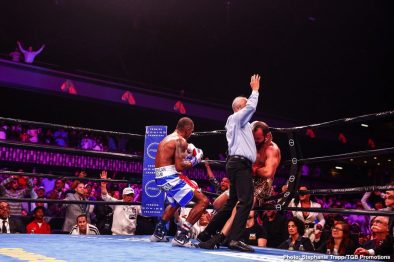 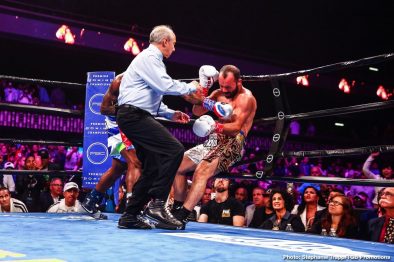 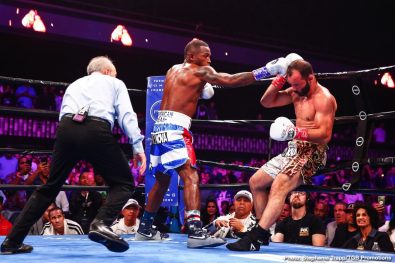 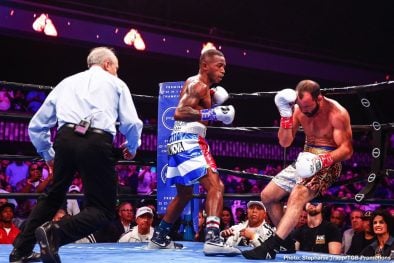 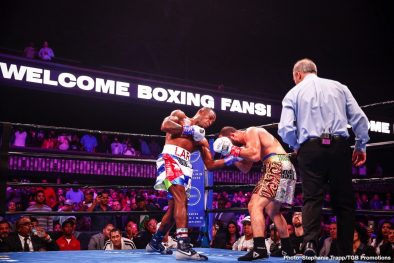 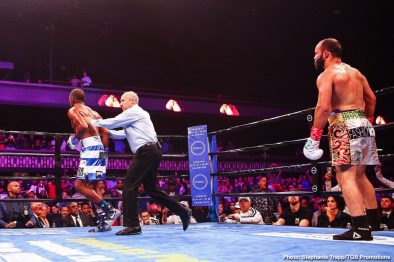 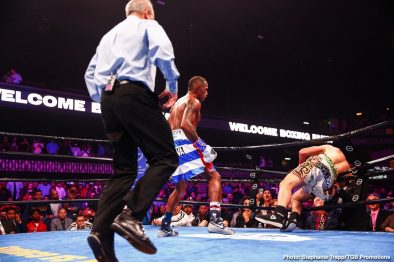 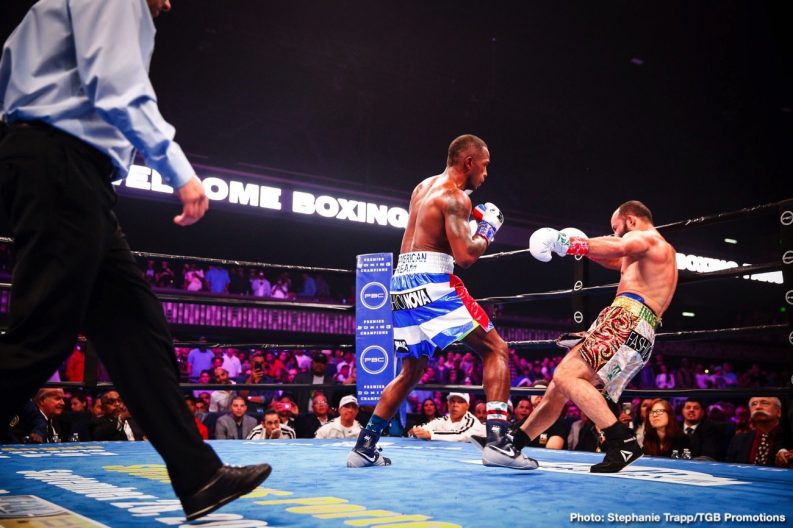 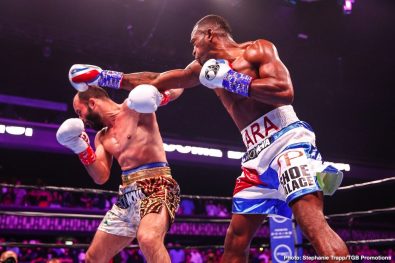 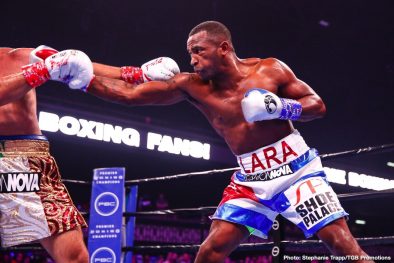 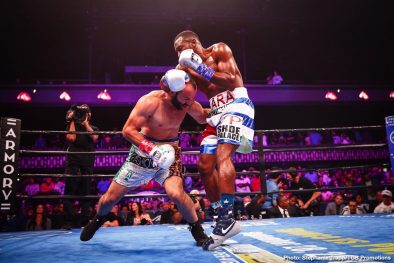 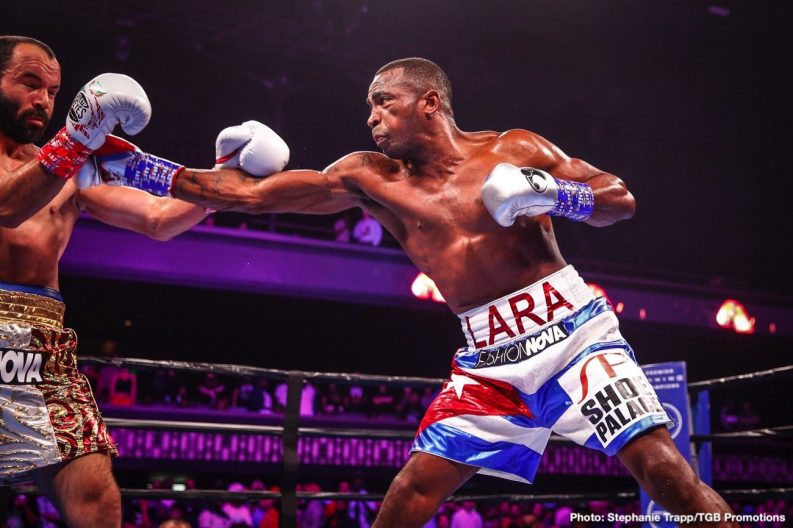 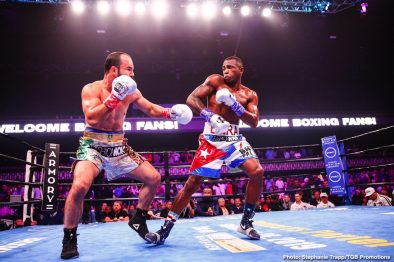 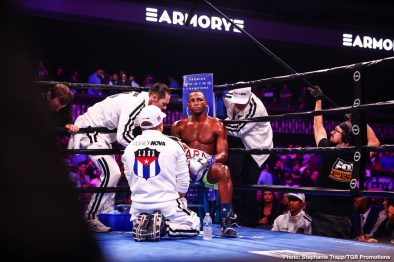 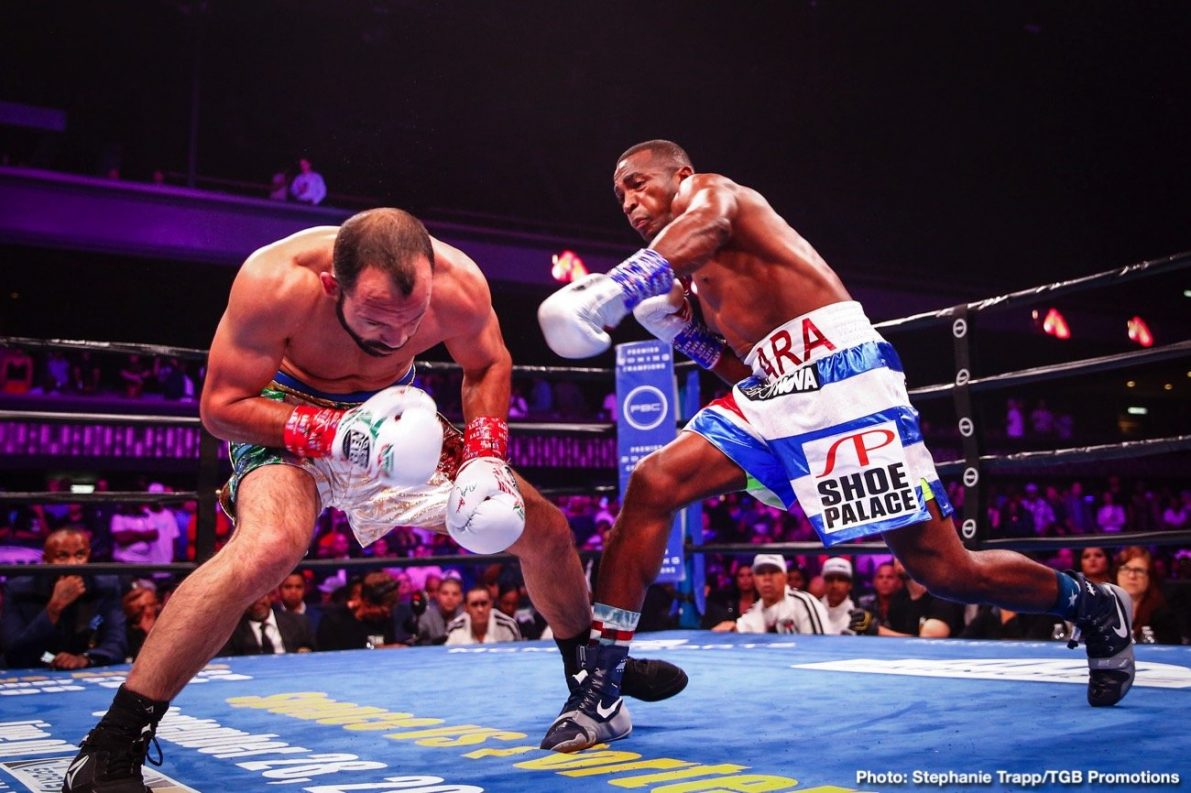