Promoter Eddie Hearn questions whether the April fight between Gervonta ‘Tank’ Davis & Ryan Garcia will happen. Hearn says the two fighters have been all over the place, and he sees it as a “50-50” thing that the contest happens.

Ryan’s decision not to take the tune-up fight against the southpaw Mercito Gesta was a good decision, according to Hearn, because there are no guarantees that the 24-year-old wins that fight.

Hearn notes that Ryan (23-0, 19 KOs) wasn’t in the best of shape recently, and he hasn’t been as active as he’d like to have seen him to be taking a risky tune-up before a massive money fight against Tank Davis (27-0, 25 KOs) in April.

“We all know that the fight people are waiting for over here is Gervonta against Ryan Garcia. We had the assumption that Ryan was supposed to fight in January, and then he turned it down. ‘I don’t want no tune-ups. I want to go straight forward.’ Is that a mistake Ryan is making?” said Akin Reyes to DAZN Boxing Show, asking promoter Eddie Hearn if Ryan Garcia should have taken a warm-up fight in January to prepare himself for an April match against Gervonta ‘Tank’ Davis.

“I think that Ryan didn’t look like he was in the best of shape a few weeks ago,” said Hearn. “I don’t know if he thought that the timing don’t work or was it a risk. I think because of the volatility. 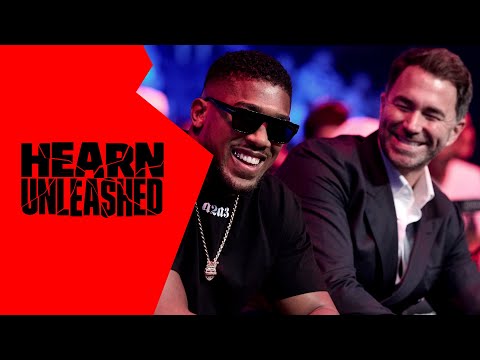 “I feel like I give Ryan Garcia a rough rap sometimes because actually, I’ve doubted him in the past, and he’s always come through and performed. I thought he might struggle against [Javier] Fortuna, and he beat him easily.

“I thought he might struggle against Luke Campbell. He went down but won the fight. So I have to give him credit. My worry is that because of his volatility because of the up-and-down nature of Ryan Garcia, there’s no strict guarantee that he can beat Mercito Gesta, who is a good fighter.

“So, I think it was a mixture, and I’m just talking to you as a fan. Maybe it was a mixture of him not quite being in shape. Do you really want to risk it against Gesta? The truth is, he’s [Ryan Garcia] been too inactive for my liking, and I think if Gervonta Davis comes through in style [against Hector Luis Garcia on Saturday night], it’ll give him a lot of momentum going into the fight [with Ryan].

“This fight [Tank vs. Ryan], is it signed? I don’t even know. These two guys, they’re all over the place. I guess it’s only 50-50 right now that the fight will even happen going into this Saturday,” said Hearn about the Gervonta Davis vs. Ryan Garcia fight.

“In my opinion, Ryan fighting in January and scoring another big knockout will create more momentum and more anticipation for the fight. That’s just my opinion. I’m no promoter, but nevertheless, he has his reason,” said Reyes about the Gervonta vs. Kingry being bigger if Ryan had taken a tune-up and scored a big knockout.

“I think people are starting to worry about that fight actually being made because of all the drama surrounding, especially Gervonta, but who knows? It’s a fight that we would all love to see,” said Reyes.