Does Dwight Braxton, later Dwight Muhammad Qawi, a two-weight king, get the full credit his considerable talents deserve? Qawi, a former jailbird who had ZERO amateur fights, learned all he could when behind bars and then, upon going pro at the advanced age of 25, he pretty much learned everything else while he was on the job. Oh, and Qawi, who would go on to rule the world at both light-heavyweight and cruiserweight, and would even try his hand at heavyweight, stands just 5’6” (some listings say he is even shorter, at 5’5,” other listings have Dwight at 5’7”).

Despite his lack of experience and height and reach (a mere 71”), Qawi forged a much-respected career. Benefiting enormously from his own natural ability, Qawi was that rare thing that is an action fighter who is also a superb defensive boxer. Qawi was a master at slipping shots, while he was also an aggressive fireball – or “Buzzsaw” – who regularly slung out a fearsome amount of leather in every round of every fight when he was fighting in his prime. His combined style of non-stop puncher/hard to nail bob-and-weaver served to give some great fighters nothing but hell. 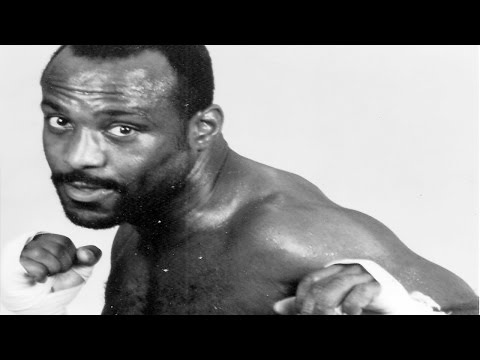 Matthew Saad Muhammad fell, twice, with Braxton (soon to be Qawi) winning the light-heavyweight title from Muhammad, and good contenders James Scott, Mike Rossman, Jerry Martin and Eddie Davis were also beaten during Qawi’s tenure at 175 pounds. Only the sublime Michael Spinks (aided by a busted nose suffered by Qawi in the run-up to the light-heavyweight unification showdown) managed to beat this version of Qawi. And then Dwight moved up to cruiserweight.

Wins over Piet Crous (to win the WBA cruiser belt) and Leon Spinks were pretty good, but Qawi showed his greatness in a loss, this to Evander Holyfield in THE best cruiserweight fight of all-time. Qawi lost a majority decision but he sent Holyfield to the hospital, “The Real Deal” in urgent need of fluids, Evander having lost a reported 14 pounds of liquid during the 15 round war. And then Qawi, after a return loss to Holyfield (this a rare stoppage loss for Qawi) had the sheer nerve to not only move up to heavyweight (remember, this at just 5’6”!), but to climb in the ring with the monstrous George Foreman (6’4” with a reach of 78.5”).

And for around five rounds in 1988, Qawi was winning the fight! Throwing overhand bombs, Qawi managed to bounce some shots of Foreman’s shaved dome, the sweat sent flying. Eventually, in the 7th, Qawi ran out of gas and capitulated. But afterwards, the thought plenty of fans had was, what might have happened had Qawi been in top shape (he took the Foreman fight after just two weeks’ notice and he came in at a fleshy 222 pounds)?

For all that he did in the ring, and due to the fact that he did it whilst fighting major disadvantages (lack of unpaid experience, lack of height and reach, no power promoter behind him), Qawi deserves a ton of respect. He has it in some quarters, from the hardcore fans and the experts, but Qawi should be a far more celebrated retired legend than he is. Qawi was indeed truly great, truly special. If he was fighting today, Qawi would welcome a fight with a Canelo Alvarez.