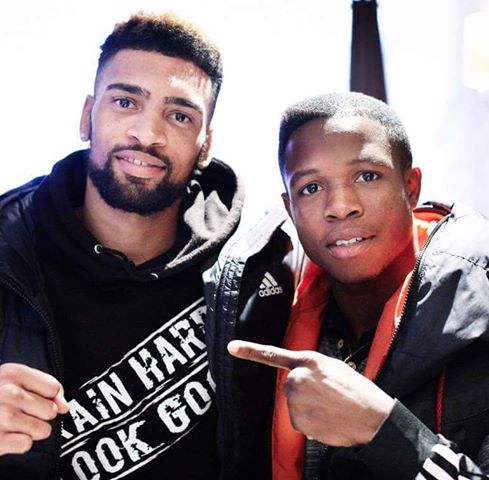 Ghana’s Duke Micah (18-0, 17 KOs) says he is ready to wrestle away the Commonwealth Bantamweight belt when he steps into the ring against UK based Zambian, Matthew Chanda (7-0, 3 KOs) come Saturday night at York Hall, Bethnal Green, London.

The countdown is almost over to fight night with the weigh-in set for Friday and the Ghanaian is in high spirits promising to etch his name in the records as the latest pugilist from the West African country to follow in the footsteps of among them Azumah Nelson, Joseph Agbeko and Richard Commey by winning the Commonwealth title.

The WBO Africa Bantamweight champ arrived in London two weeks to fight night and has already sparred with British featherweight, Reece Bellotti, amid impressing Bellotti’s trainer, Jim McDonnell, himself a former European champion who challenged the great Azumah Nelson for the world title back in November 1989.

“I am ever ready, always. Nothing is stopping me because I have trained very well as I always do. I know he will also come in with determination to prove a point but I am more determined and will surely overcome him,” Micah told this writer from London.

“I want Ghanaians to keep on praying and supporting me as they have always done and victory will be ours. We are going all the way for the world title so this is just the beginning, and surely we are winning on Saturday,” the 2012 Olympian added full of poise.

“The fight is scheduled for 10 rounds but I will be surprised if it lasts more than six. I think it’s a big step too soon for Brown and I’ll be just too strong for him, I will make sure I deliver a performance for the fans,” Freddy Kiwitt back in October.