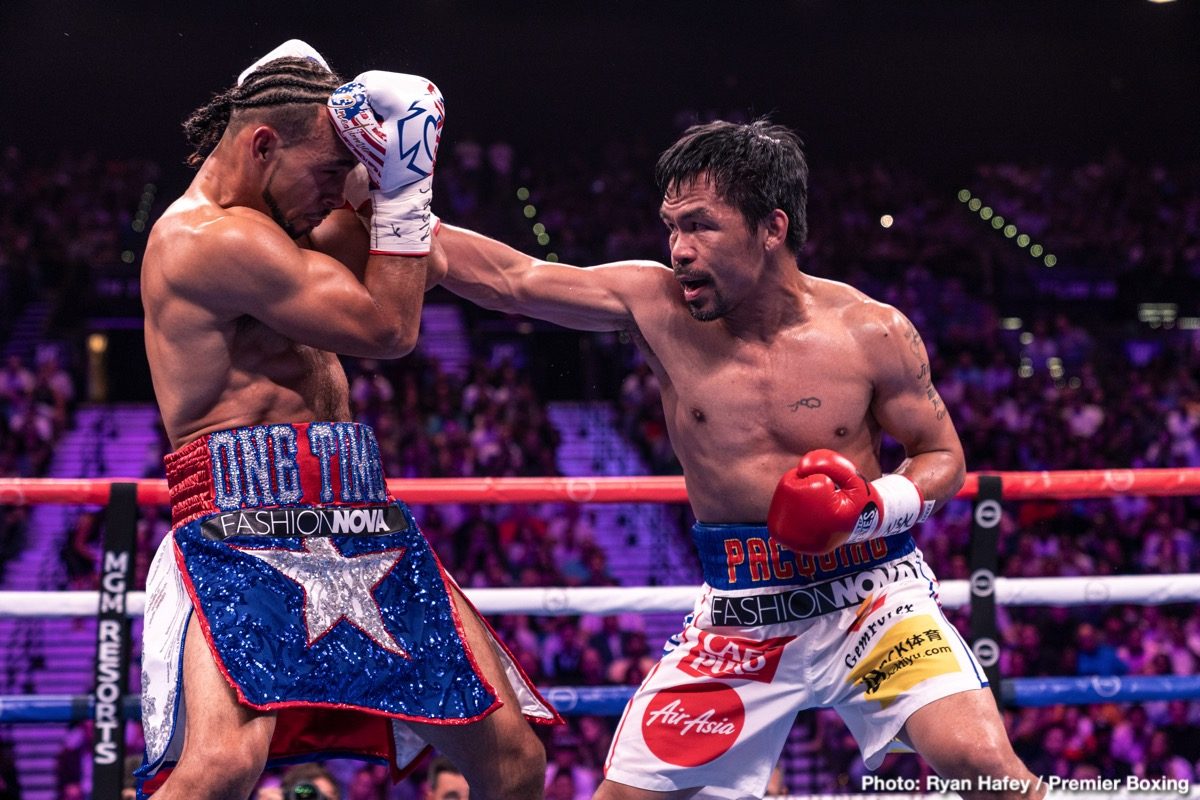 The great Manny Pacquiao has enjoyed long spells in everyone’s pound-for-pound lists during his career, yet the 40 year old marvel has not been present for quite some time. Indeed, it wasn’t all that long ago, July of 2017, when many a fan and boxing expert was forced to reach the sad conclusion that Pacquiao was close to the end, past his best in a big way and no longer an elite operator.

A decision loss to Australia’s Jeff Horn shocked many, and after the defeat, Pac Man took a full year off. But when he returned, at age 39, Pacquiao scored his first KO in almost a decade in beating up the dangerous (though past his own best) Lucas Matthysse. Then, this past January, Pacquiao looked great in coming close to shutting out Adrien Broner over 12 zestful rounds.

And now of course, Manny is smack bang, back on top courtesy of his win over defending WBA welterweight champ Keith Thurman. And one could argue – as some already are doing – that with the win over “One Time,” Pacquiao again deserves to be placed in the top-10 pound-for-pound boxing rankings.

Pacquiao, 62-7-2(39) defeated in Thurman an unbeaten champion, a man who is around ten years younger than he is, a fighter who quite a few had listed as either the best, or the second-best 147 pounder in the sport today. Despite his layoff, Thurman was still (and still is even after the loss) a major force to be reckoned with. And yet a 40 year old Pac Man bested him in a great fight. Fighters do not get extra points for being able to win fights at an advanced age (maybe they should), but Pacquiao’s newest wins sure gets him plenty of credit.