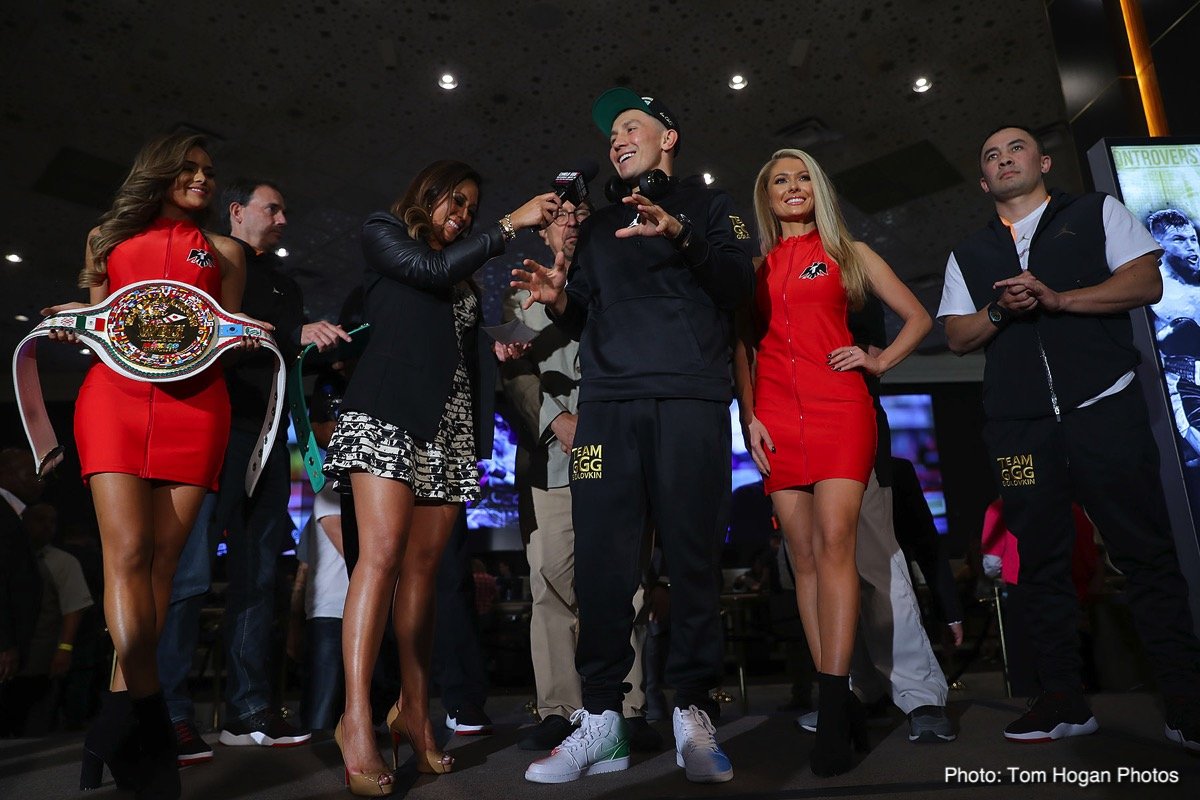 Everyone who is anyone has an opinion on what will transpire in Las Vegas this Saturday night when bitter middleweight rivals Gennady Golovkin and Canelo Alvarez battle it out in their positively huge rematch. One of these people is a man who has a vested interest in the result: reigning and undefeated WBO middleweight champ Billy Joe Saunders.

Saunders – who has a tough assignment of his own to take care of next month, against the super-slick and unbeaten Demetrius Andrade – spoke with Ring Magazine and the southpaw said that in his opinion the only way GGG can win is by scoring a KO. Saunders said that if he’s “to be given justice” Triple-G will have to get that knockout. This is the only way Golovkin can win, the British fighter who very much wants to fight both superstars stated.

“Golovkin has to start fast and and maybe take the chance of of giving a couple of rounds away because, in my opinion, the only way he wins is by knockout,” Saunders told the website of The Bible of Boxing. “It’s just one of those things that exists in this sport and it’s not going away any time soon. I think Golovkin needs to win by knockout to be given any justice.”

Saunders is one of the many people who had GGG doing enough to have won a decision last year, and he says “we seen a robbery.” Saunders said he had GGG winning fight-one by “three or four rounds, which is enough.” But the WBO champ added how in boxing “it’s not what you know, it’s who you know.”

Is Saunders right, are there too many powerful factions at work in favour of the Mexican star? Can GGG get a fair shake from the three judges this time around? If not, and if the fight does go all 12-rounds, and if fight fans see GGG doing enough to get the win only for him to be denied, we may have some real trouble on our hands. The sport cannot stand yet another bad decision.

A KO, one way or the other, would settle matters, yet most fans do see another distance fight. Will Golovkin be given justice if the fight reaches the final bell? Let’s hope so.