The 1970s was so GOLDEN an era for the heavyweight division, that it has still yet to have been lived up to, nor surpassed. An all around, star-studded roster that hosted some of the greatest super fights in boxing history.

Naturally, the expectations for the 1980s were high and said expectations were NOT met, to say the least. That being said, we’re not here to rag on the 1980s Heavyweight Division (it actually wasn’t that bad in hindsight anyway). 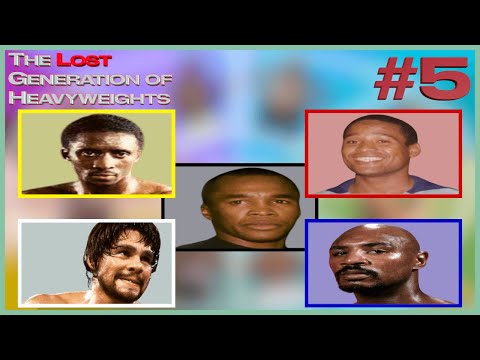 Today is all about the five greats who stepped up to the plate in the aftermath of the Muhammad Ali era and carried the sport of boxing on their backs. “Sugar” Ray Leonard, “The Bible of Boxing” Wilfred Benítez, Tommy “Hitman” Hearns, “Hands of Stone” Roberto Durán, and Marvelous Marvin Hagler; FIVE exceptional warriors, distinct in their style and personalities, who gave history their all. Almost every combination of these five men fought, Benitez being the exception in that he and Hagler never locked horns (despite talks).

The Fab 5 managed to emulate the success of the 1970s heavyweight division with their wars, showcasing that boxing was NOT dead, but still very much alive. Such wars include the 1980 duology between Ray Leonard and Roberto Durán (“The Brawl in Montreal” & the “NO MÁS FIGHT), the 1981 back-and-forth between Ray Leonard and Tommy Hearns (“The Showdown”), the 1984 shocker between Tommy Hearns and Roberto Durán (“The Malice at the Palace”), the 1985 “greatest fight of all time” between Marvelous Marvin Hagler and Tommy Hearns (“The Fight”; retroactively known as “The War”), and the 1987 date of destiny between Marvelous Marvin Hagler and Ray Leonard (“The Superfight”/”The King of the Ring”).

Hagler vs Leonard (a lower-weight class Ali vs Tyson, anyone?) in particular was the dominant narrative of the Fab 5 rivalries, as an alleged 10 years (give or take) of mind games culminated in arguably the biggest and most important fight of the 1980s. Leonard retired just as the heat was at its apex for a bout against Hagler (coming down to his eye injuries and having already proven himself against Durán and Hearns).

Hagler was so disrespected that he had to have his name legally changed to Marvelous Marvin Hagler just to have his nickname said; he had never had it easy and wanted his payday (and the chance to clip the wings of the golden boy, Leonard). Was it a masterclass in war by “Sugar” Ray, or was it merely the right circumstances and timing at the unfortunate behest of “Marvelous” Marvin? We’ll never truly know, but history continues to debate as such, just as much as the results of the final confrontation between Hagler and Leonard. Who won? Should it have been a draw? Should there have been a rematch? Up to your own discretion, ultimately.

So by now, you’ve noticed the emphasis on the number FIVE here as opposed to FOUR. Yes, there are 5 kings. Wilfred Benítez has been overlooked and almost forgotten by casuals alike, but not here and not now by the faithful. He is still the youngest champion in boxing history. A 3 division world champion who shares Hall of Fame honors with his fellow kings. He may not have been as successful as, say, “Sugar” Ray, nor did he fight everyone in the realm of the kings (remember, the Hagler bout never came to be), but he still left his mark on the sport and the rivalries. It was his tug-o’-war loss to Ray Leonard that led to Leonard’s trilogy with Roberto Durán.

It was Benítez’s masterclass over Roberto Durán that, perhaps, propelled “Hands of Stone” to get it in gear and bounce back from the shadow of “No MÁS” (which he apparently never actually said). Said masterclass also led to the greatest staredown (arguably) in boxing history between himself and the Motor City Cobra, a bout which also showcased how Hearns could box just as well as he could slug. You get the picture; Wilfred Benítez (as admitted by “Sugar” Ray himself” was just as valuable and essential to the grand story of the time as the other 4 Kings.

What else need be said? This is the tale of the Fabulous Five Kings in their quests to reign over boxing at the behest of one another. Part 5 of BoxingPedia’s ongoing Lost Generation docuseries. Written, produced, and narrated by TheCharlesJackson, author of the Boxing Encyclopedia, in dedication to the all time greats who made the time without an equal. Rest in peace Marvelous Marvin Hagler.