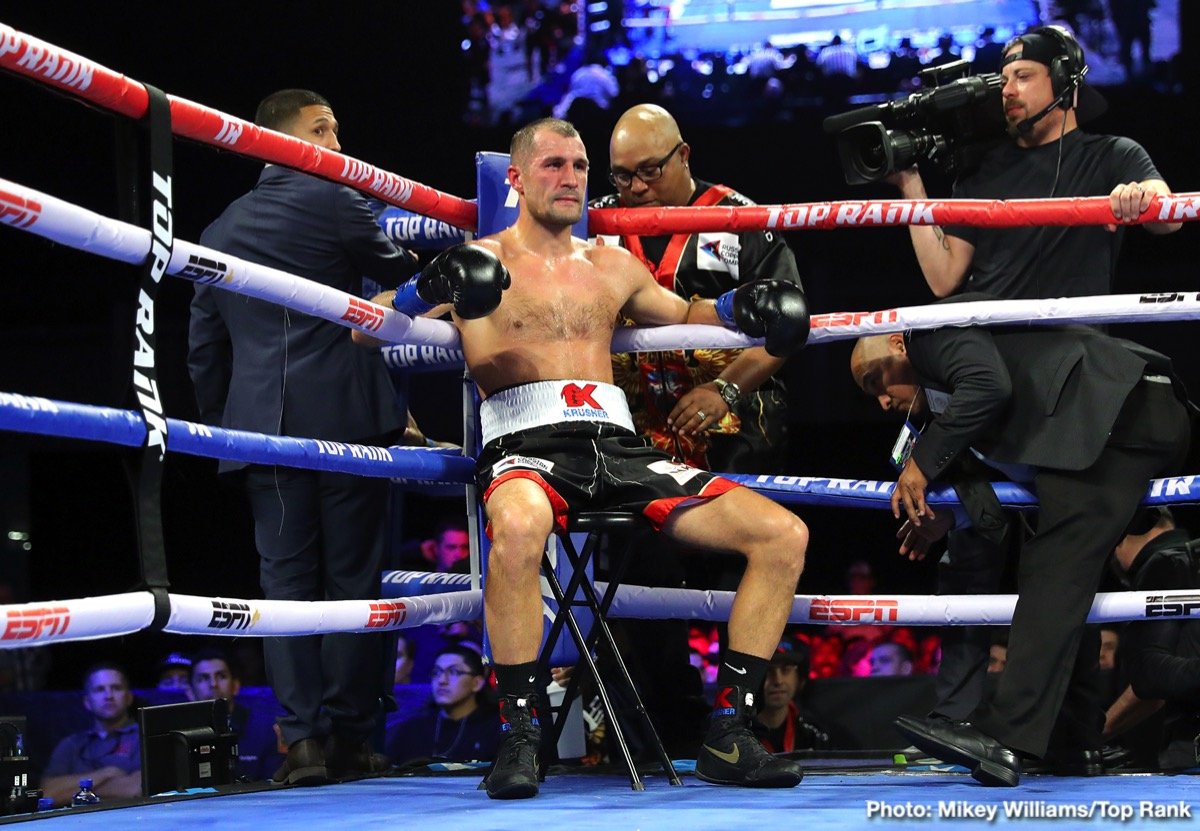 Sergey Kovalev versus Canelo Alvarez next, or “Krusher” versus more foes at 175 pounds?

What should WBO light-heavyweight king Sergey Kovalev do next? It’s no secret Mexican superstar Canelo Alvarez is seriously interested in going for boxing history by way of taking a fight, one he feels he can win, with the Russian boxer/power-puncher. And in terms of a well deserved monster payday, Kovalev should of course take this fight.

However, Kovalev, a natural light-heavyweight who has always made the weight and has never looked to duck or dodge the best available fighters at 175, could take the option of sticking around and fighting more guys his own size. And in light of how great, how special last night’s battle with possible future star Anthony Yarde was – Kovalev showing tremendous heart in overccoming a savage 8th round to score the stoppage win three sessions later – wouldn’t we fans prefer to see Kovalev stay where he is and rumble with the winner of the upcoming Artur Beterbiev-Oleksandr Gvozdyk fight, or either Dmitry Bivol or Jean Pascal?

Let’s face it, whoever Kovalev fights next, it’s gonna be big: as in big interest, big excitement and big payday for Krusher. The Canelo fight may prove irresistable for the Russian star, and who could blame the 36 year old for taking a fight he would feel he could win and pick up a career-biggest payday at the same time? And maybe Canelo would be biting off more than he could chew against Kovalev, a man who has faced all manner of styles over his long, extremely eventful 38-fight pro career?

Kovalev might not have too long left before he either decides or is forced to hang ’em up, but we should all enjoy and apprecaite him while we can; while he’s still here, entertaining us at the highest level.

Ask yourself this question: if Kovalev did fight Canelo next, who would you be rooting for? Or how about Kovalev against any of his 175 pound rivals? Kovalev is in a good place right now, and we all respect his amazing ring talents. More power to him, right?