“I’m the reincarnation of “Pretty Boy Floyd”. Those words, clipped from a direct quote of Devin Haney just a few months back reverberate in more ways than one as we get closer to Saturday night. Standing across from Haney will be the first true litmus test of his career.

While many support the notion that his talent is in fact Mayweather-esque, the results remain inconclusive. Boasting a record of 25-0 with 15 knockouts, one would think Haney is the real deal.

The present is the highly coveted “O” that all fighters in the sport live and die by. Absent is the level of competition to validate such greatness. This Saturday night, that could all change. The beauty about this particular showdown is that it’s the very stage in which a young fighter has the world watching in a moment that could totally change the trajectory of their career. Back in 2007, Miguel Cotto had this opportunity when he squared off a still somewhat young Shane Mosley in the Mecca, New York’s Madison Square Garden. By the end of the night, questions raised were questions answered, and Miguel Cotto’s abilities were questioned no more.

From a very early age, Devin Haney was ordained as a talent to watch who would eventually be one of the “great ones”. The Mayweather comparisons are great to hear, but the effort put into that level of mastery goes beyond a chiseled set of abs and a flashy defense. How great is Jorge Linares? Solid enough to give Lomachenko all he could handle before a timely body shot pulled the curtains. Scorecards were close, and both men were strong….until the bitter end.

How do those results impact this fight? They don’t. Lomachenko, while quite slippery, doesn’t have Haney’s defense. The flip side is that Haney doesn’t have Lomachenko’s impeccable movement or spit-fire offense. His power is decent at best, but if he couldn’t dispatch an aged veteran like Yuriorkis Gamboa, how can he rely on a stoppage against the longer, taller, stronger Jorge Linares? This truth provides the only answer fans have going into the showdown. There will be no Haney stoppage of Linares. 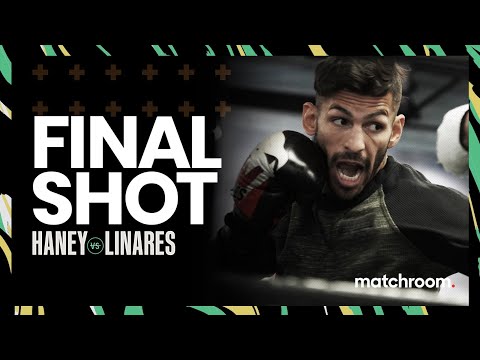 Instead, he’ll have to show us what each of us truly wants to know. Can he walk through the fire, down to the wire? He may be the “reincarnation of Pretty Boy Floyd”. Sadly, the trouble for him is that he may need to abandon that and instead show us more ‘Money Mayweather’. A blitzing offense will only set him up for shots he may or may not be able to take. But a good defense, intelligent footwork, and a sharp offense will be precisely what the doctor ordered. Can he deliver? This Saturday night, we all get to find out, live on DAZN. Stay tuned.