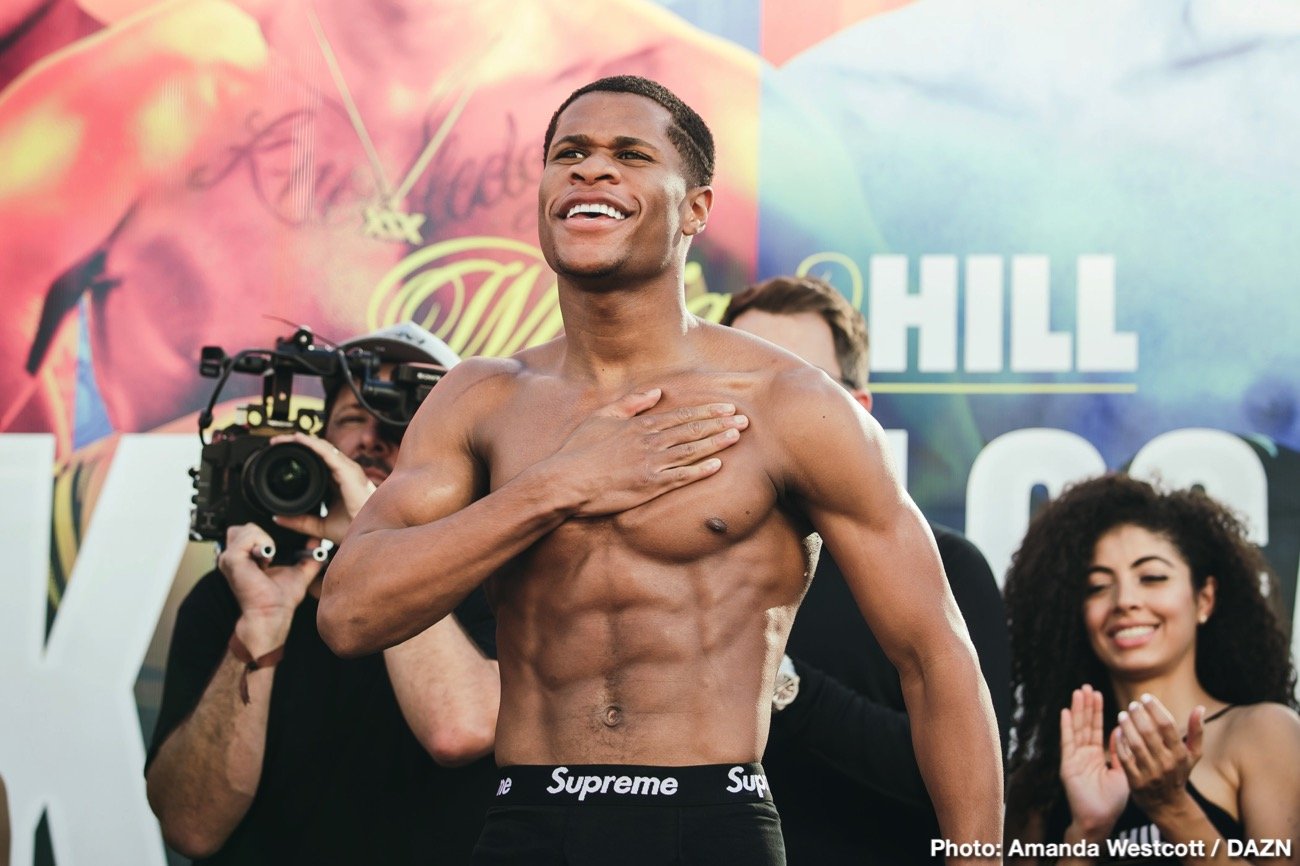 If you’ve seen unbeaten lightweight titlist Devin Haney in action, chances are you were impressed by his silky skills, his poise, his speed, his accuracy – the way he carries himself in the ring; you know, with that swagger the special boxers have. It might be a lazy, and ultimately inaccurate, thing to do in comparing Haney to the one and only Floyd Mayweather, yet already, with Haney just under four years into his pro career, plenty of experts have made the comparison.

“The Dream,” as 20 year old Haney is known, certainly gave a good Mayweather impersonation in his last fight, a surprisingly easy corner retirement stoppage win over Zaur Abdullaev. Haney resembled the young Mayweather, the one that went for the stoppage, who was skilled but also willing to take risks by opening up and throwing shots with venom as opposed to pot-shotting his way to a safety-first win. But Haney, 23-0(15) and the WBC lightweight champ, says he is not looking to copy Mayweather or anyone else.

Speaking with Sky Sports ahead of tomorrow night’s fight against Alfredo Santiago (on the under-card of that You Tube fight that has garnered so much attention), Haney said he just wants to be himself.

“I’m thankful for that [the Mayweather comparisons],” Haney said. “Now it’s just living up to it. I feel like anybody can become a world champion, but being able to keep it, and defending it and being successful for so many years, that’s the key to it. I think I’m the next superstar coming up, but the one thing about me is, I’m not trying to be Floyd. I’m not trying to be Canelo. I’m not trying to be nobody. I just want to be me Devin Haney.”

The fight Haney, and Eddie Hearn, wants is a massive showdown with pound-for-pound star Vasyl Lomachenko. Haney and Hearn say Loma cannot be undisputed champ at 135 without fighting and beating the hugely talented 20 year old – his franchise belt be darned. One of the most potentially fascinating and technically superb match-ups that can be made today, or next year, Lomachenko-Haney would really excite the fans. But will it happen?

As for Haney being the next boxing superstar, it’s still early days, but as good as he’s looked, and as good as he may be able to become, Haney might just become the face of the sport in the 2020s. Who doesn’t enjoy watching him box?