WBC lightweight champion Devin Haney (26-0, 15 KOs) built up a big lead through the first nine rounds and had to struggle in the last three to win a grueling 12 round unanimous decision over Jorge Linares (47-6, 29 KOs) on Saturday night. 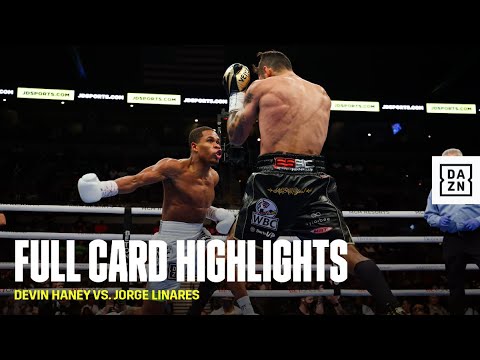 Fighting in front of a live crowd at the Michelob Ultra Arena in Las Vegas, Nevada, Haney looked mighty impressive in showing off a powerful jab that he used to dominate the 35-year-old Linares through the first three-quarters of the fight.

Haney, 22, showed a different side of his game by putting on a fan-friendly fight by going toe-to-toe with the former three-division world champion Linares.

One got the sense that Haney could have made the fight easy for him if he’d chosen to, but he decided to get in the trenches with Linares beat him at his own game.

Haney did a fine job of out-slugging Linares until he was caught with a hard right hand that shook him to his boots at the end of the 10th round. As Haney staggered back to his corner after the round ended, Linares taunted him while smiling.

In the 11th and 12th, Haney still fought as hard as he could, but his legs were gone, and he was getting wobbled each time Linares would hit him hard.

In the 12th, Haney opted to clinch his way out of the round when he was hurt at the start of the round. The crowd let Haney have it by booing him loudly until the end of the fight.

When Haney was being interviewed after the fight, the crowd continued to boo him.

“I came here and got the win, and I’m satisfied,” said Haney after the fight while being chorused with boos from the fans. “Of course, that’s what the fans wanted to see.

“If I could go in there and knock my opponent down with some big shots. I showed that I could do it all.  I can box, I can bang.

“He hit me with a good shot, I faced adversity, and I got the job done. It was a good shot, but I was never hurt,” said Haney about him being wobbled by a hard right hand from Linares in the 10th. 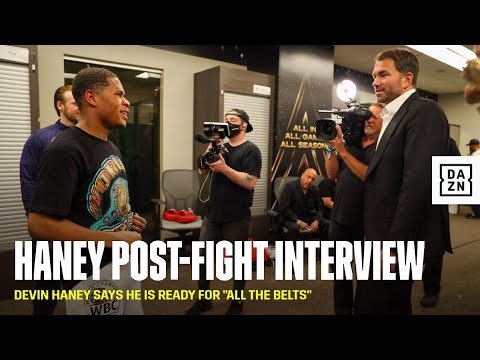 “It didn’t surprise me. I knew he was going to come in here. It was a huge opportunity for him to do whatever it was whether it was getting knocked out, he was going to go in there and take my good shots to try and get the win,” said Haney.