Nonito Donaire (41-6, 27 KOs) demolished the previously unbeaten WBC bantamweight champion Nordine Oubaali (17-1, 12 KOs) by a fourth-round knockout to capture his title on Saturday night in their fight on Showtime from the Dignity Health Sports Park in Carson, California. The fight was stopped at 1:52 of round four.

The 38-year-old former four-division world champion Donaire came into the fight as a heavy underdog by the oddsmakers, who seemed to count him out, perhaps because of his loss to Naoya ‘Monster’ Inoue in his last fight in November 2019.

The power that Donaire showed tonight, he would give Inoue and John Riel Casimero a lot of problems.

Donaire proved them and many other doubters wrong by dropping the 34-year-old Oubaali three times in the fight to get the knockout in the fourth.

The fight was competitive through the first two rounds, as Donaire looked like he wasn’t hesitant to get hit.

In the third, Donaire changed things up by walking France’s Oubaali down, hitting him with hard shots to the head, body, and arms. 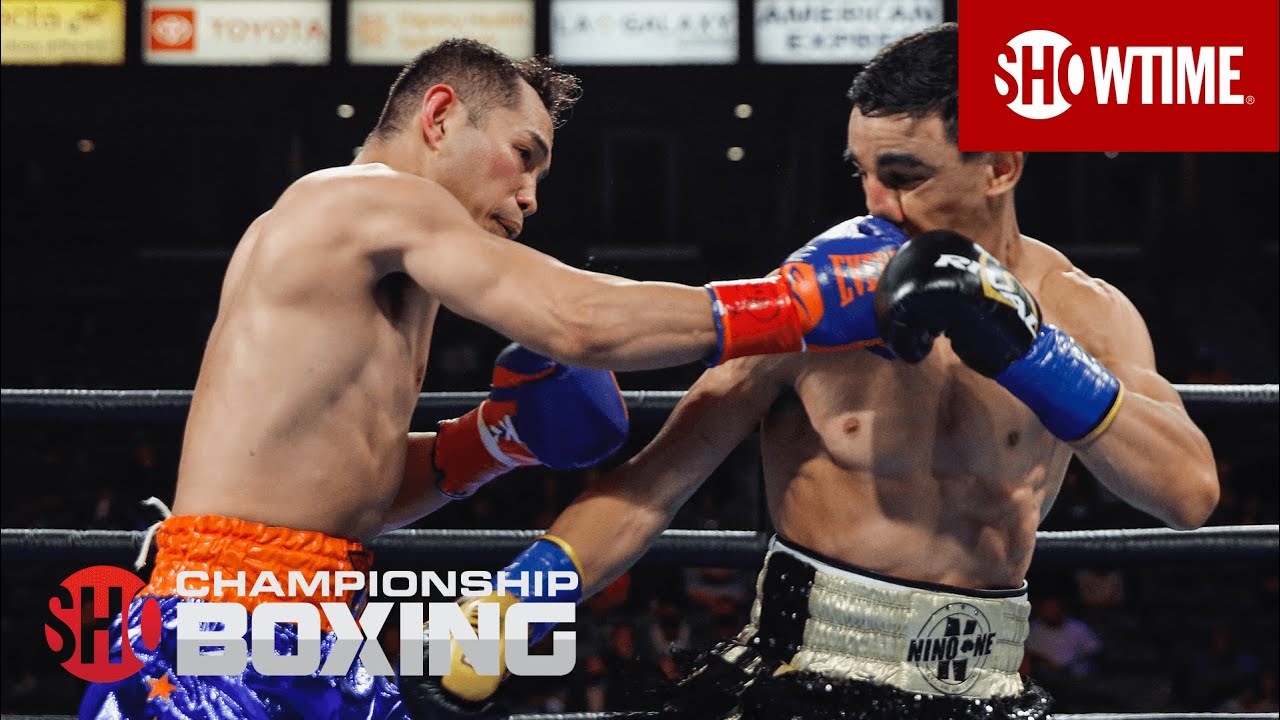 The punch from Donaire may have landed a fraction of a second after the bell had sounded.

If that’s the case, it’s unfortunate for Oubaali because he didn’t look anywhere near ready for that punch.

With that said, Donaire was loading up on everything in a seek and destroy mode and was going to take Oubaali out at some point.

In the fourth round, Donaire tore into the still hurt Oubaali, hitting him with one punch after another as he tried to escape.

Finally, Donaire caught Oubaali with a left hook followed by a right hand that dropped him hard on the canvas. Referee Jack Reiss then halted the fight due to Oubaali being badly hurt.

Oubaali, 34, should have thought twice about slugging with Donaire in round three because that’s what got him into trouble in the first place. He tried to slug with Donaire, and he was caught by a monstrous left hook that dropped him for the first time in the round.

“For me, it’s undisputed,” said Donaire after the fight in saying what his goal is. “I knew that as soon as I figured out his distance. I told my team it wasn’t going to go past the sixth round because of me knowing what I needed to do in there,” said Donaire.