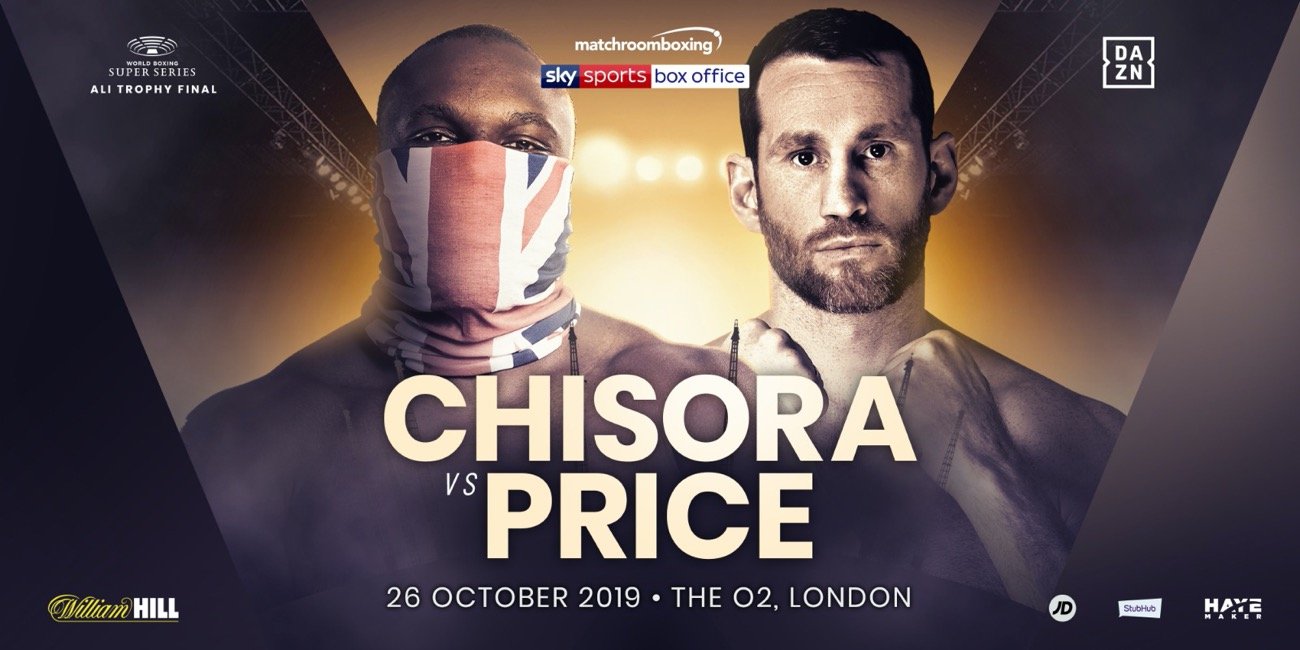 The yesterday-announced fight between British heavyweights Dereck Chisora and David Price could easily have attached to it the tag-line – “Two Careers On The Line.” Or, if you prefer – “The Loser Must Retire.”

It’s a fight between two talented yet flawed fighters who are still fighting in an effort to not be referred to as nearly men, warriors who fell short at top level – fighters who still harbor desires of winning a world title. Price has some six defeats on his record, Chisora has fallen nine times. Yet Price and Chisora, two of the most likable big men of the sport, have each refused to bow to the various calls for retirement. Yet surely, the loser of the October 26 fight will have nowhere to go but into pasture; especially if the loser at The O2 that night is victim of the kind of brutal KO both men have each tasted before now.

In it’s odd way, Chisora-Price is a great fight, at least a great match-up in terms of how it’s tough to pick a winner. Sure, many fans will lay into such an assertion and scream how Chisora is the clear winner, that Price’s chin will let him down yet again. But look at big Pricey’s recent form: he’s boxed well, sensibly, maturely and with fine poise – beating David Allen in impressive fashion last time out. Does Chisora, who as we know can blow hot and cold in quite notorious fashion, definitely beat this version of the giant from Liverpool?

It might seem a dumb pick, but Chisora-Price may well be a fight that has a need for the three wise men at ringside. Then again, Chisora, a year younger than Price but older in terms of ring miles, has retained his raw power (see his ugly KO of Artur Szpilka last time out), and the man who nowadays calls himself “War” could certainly detonate a big one on the chin of Price.

But Price can bang himself, as we have all seen. Who lands first if it comes down to that? Again, a great match-up, between two less than perfect heavies.

Let’s just hope Chisora doesn’t start screaming how his fight should be top of the bill in London, as he did when hyping up his fight with Joseph Parker. Chisora-Price could be a whole lot of fun, but the quite superb match-up between World Boxing Super Series competitors Regis Prograis and Josh Taylor in their fascinating 140 pound showdown is the fight we will be paying hard cash to see.

Still, Chisora against Price sure adds value for money, and further intrigue, to a pretty big night of boxing.