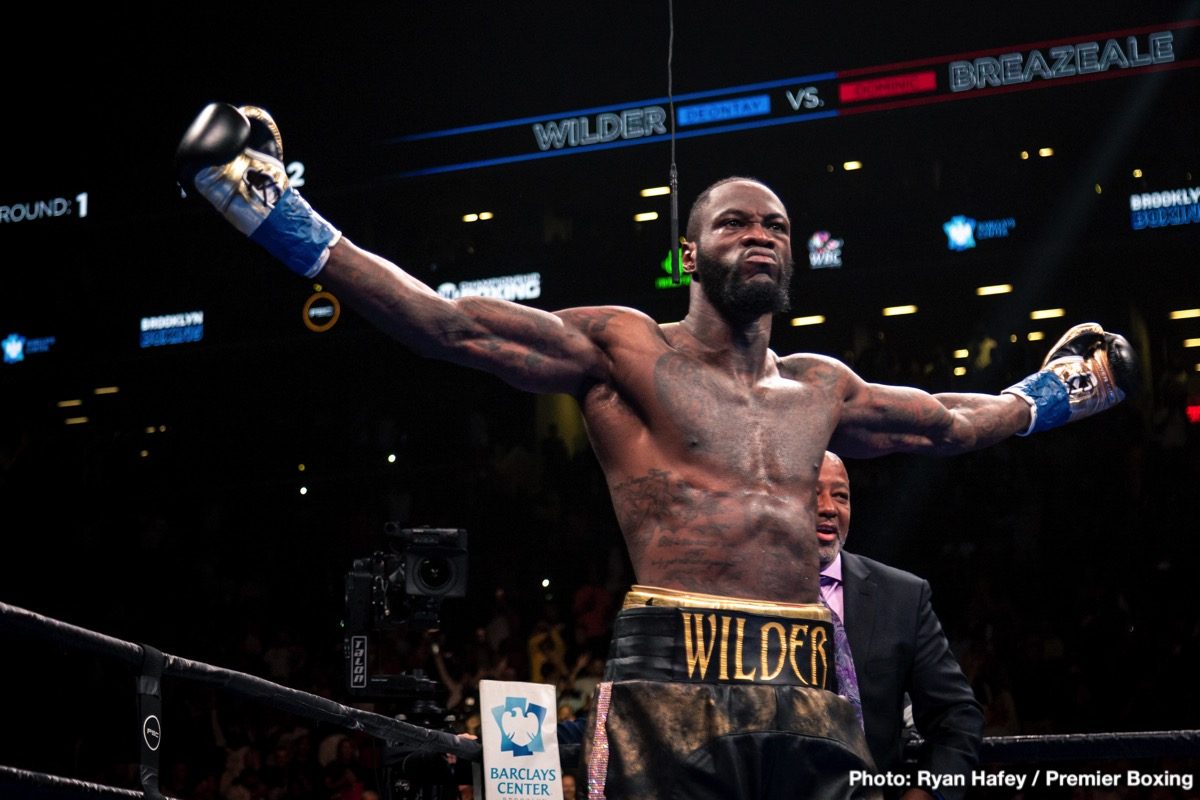 For some time now, WBC heavyweight champion Deontay Wilder has spoken of the heavyweight division having “one champion, one face, one name,” and he is certain it wil be himself who emerges as top dog. Now, ahead of his scheduled return fights with Luis Ortiz (November) and Tyson Fury (February of next year), Wilder has said he would like Fury to “step aside” and allow him to fight the winner of the Dec. 7 return clash between WBA/IBF/WBO heavyweight champ Andy Ruiz and former champ Anthony Joshua instead.

Wilder, in speaking with 78SportsTV, said he doesn’t think Fury really wants to fight him again in February, but that Tyson would want to fight him in a big unification showdown. To that end, Wilder wants to get Ortiz out of the way and then fight the Ruiz-Joshua winner after that – and then fight Fury at a later date.

“In my opinion, I don’t think Fury wants to fight me again anyway,” Wilder said. “If this opportunity comes about, I think Fury will pass up this opportunity, he would want to fight me for the unification, and then come back and fight him. He ain’t really no king, he don’t have a title. I revived his career for him. Now, if that happens, Fury, step aside. I would want him to step aside, which I think he would do anyway. I think he would, but I would want him to do it as well, to give a unification. One champion, one face, one name. That has never left my mind.”

It seems doubtful Fury will agree to step aside. Both Fury and Wilder feel strongly they were the winner back on Dec. 1 of last year, the fight being a draw, and they NEED to fight each other again. Why would Fury step aside and risk seeing Wilder lose to the Ruiz/Joshua winner? It won’t happen, Bob Arum will see to that.

Of course, Wilder, or Fury, against Ruiz, or Joshua, would be a great fight, and it may happen next year, with one unified champ being crowned. But until then, Wilder must beat Fury and he must do it in February as agreed.

As for AJ, Wilder was stung by recent accusations from Joshua that he had tried to “freeze him out.”