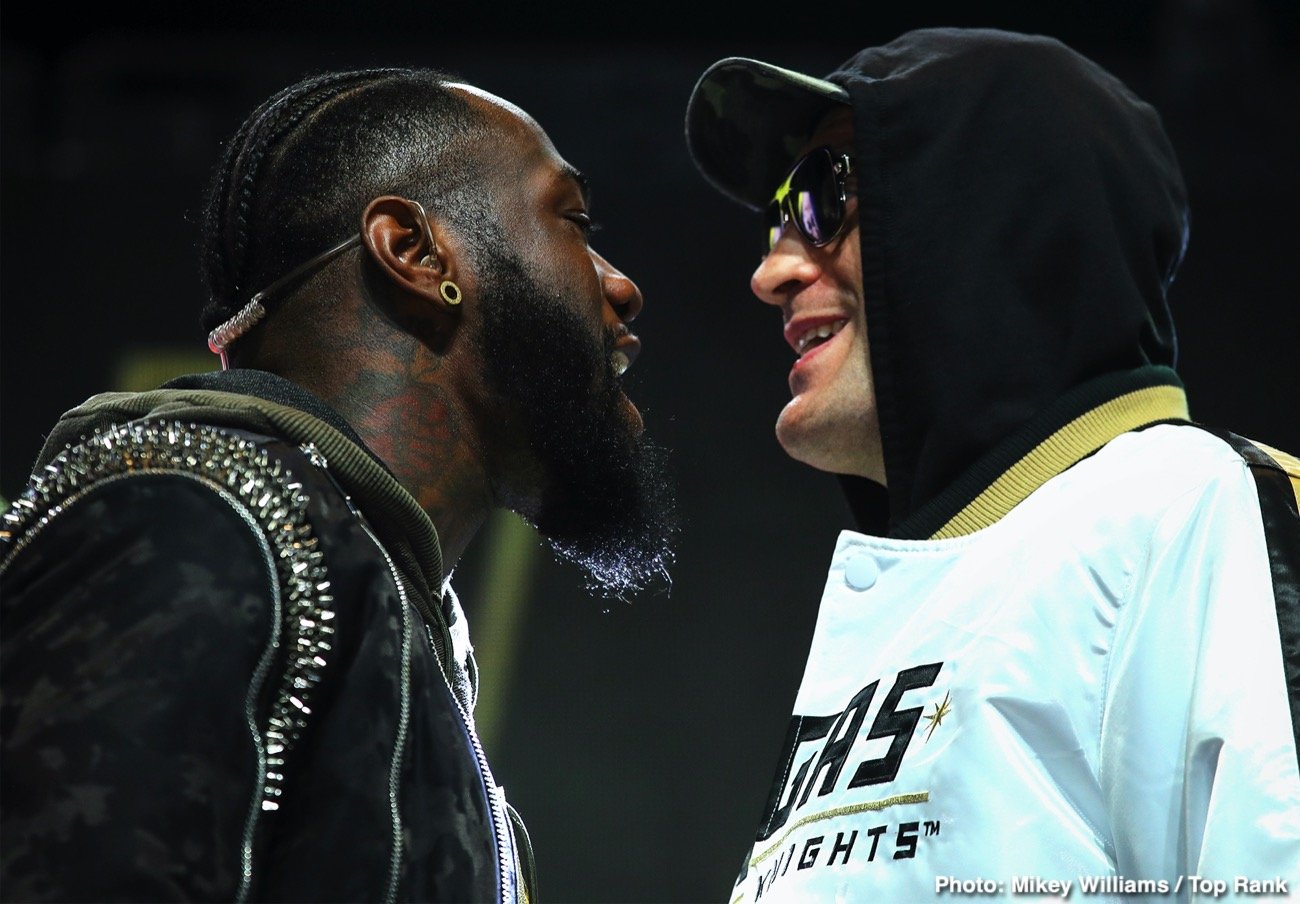 A year of success

Deontay Wilder had one hell of a year. The 1 round destruction Dominic Breazeale a top 10 fighter at the time and a one-punch knockout of Luis Ortiz a current top 10 fighter and a rematch from their first fight.  Deontay Wilder showed us he has devastating knockout power and you never can count him out. Despite losing the majority of the rounds on the judge’s scorecards vs Ortiz he still found a spectacular way to win.

Deontay Wilder showed a more refined version of himself this year. To quote Teddy Atlas “He now has a delivery system for his right hand”. This can prove itself to be a deadly combination since at large parts of the first vs Tyson he was frustrated and didn’t have much set up for his punches.

Tyson Fury fought Tom Schwartz a fighter he was expected to destroy and he did just that, Dismantling him in under 2 rounds showing of terrific skills, switching to southpaw, showing power, defensive skills and boasting a ring walk to living in America while capping of the night with a cover of Aerosmith. Proving he’s the number one entertainer in the business.

He also faced Otto Wallin, somewhat of a dark horse and an unknown factor. But the Swede proved to be better than expected and gave Tyson a tough fight due to cutting him twice in the fight. The gypsy king, however, was the more effective fighter on the inside and despite the cut, Otto Wallin wasn’t that much of a problem.

Tyson showed that he’s tough as a boot, his will to win, terrific inside and outside skills all while being the best entertainer in boxing.

Deontay Wilder finds most of his knockouts from range using his wide shoulders and wide stance as leverage for this right hand. Tyson Fury’s strategy of smothering him could prove itself useful due to shortening the distance and forcing him to have less room to throw his signature punch. Deontay needs to use his jab to force the fight at a distance that suits him well, remain patient and not become frustrated.

If Lomachenko vs Lopez Falls Through, Loma Could Face Felix Verdejo In October

Tyson needs to get inside, use his jab all while not neglecting his defense. We all know it only takes one shot from Deontay and it’s thank you and goodnight for the king of the gypsies.

My prediction is that Tyson will win, he’s had 14 months of real training behind him, he’s now in full gear and I think his overall boxing skills both inside and out combined with his will to win will crown him victorious in the night via a unanimous decision.

It’s a great fight because it’s very hard to predict who is going to win. Both have solidified their arguments on why they can win on the night and the real winners are the fans. For too long boxing has been plagued by the best not willing to fight the best, but this Saturday we’re going to find out who the best heavyweight on the planet is.