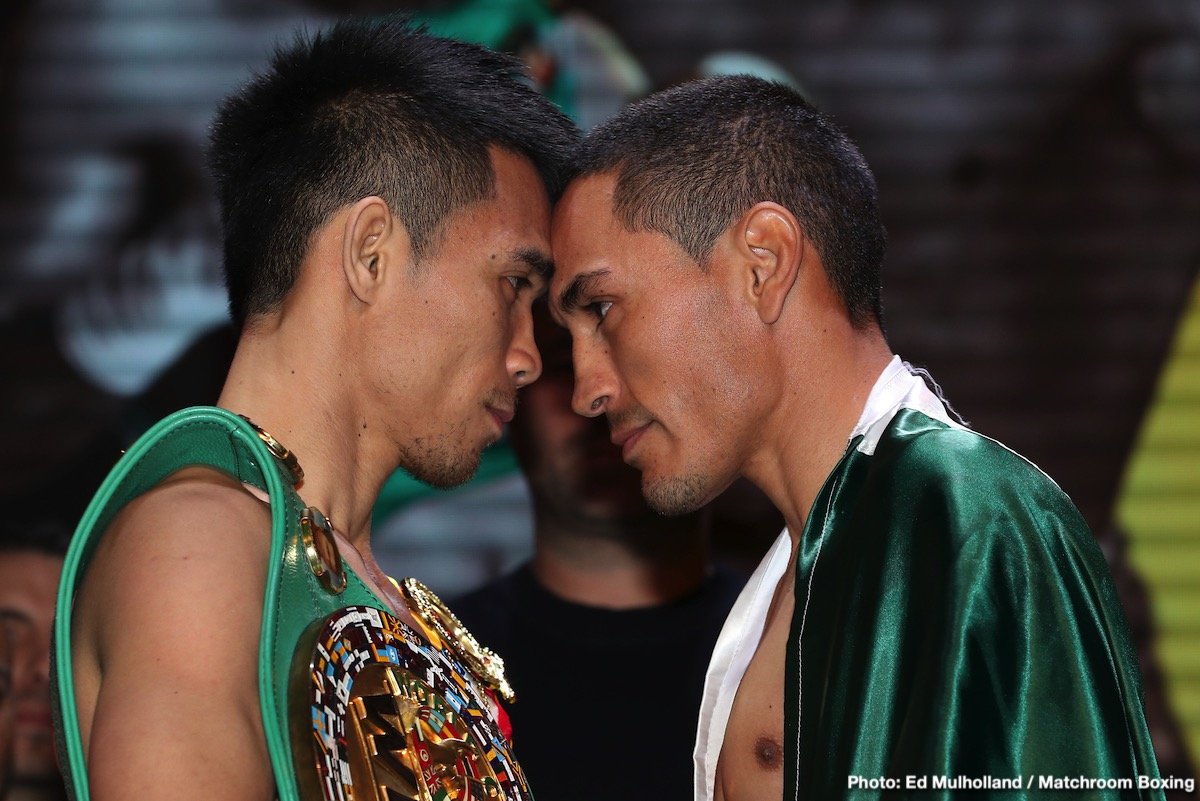 This Friday DAZN begins a stretch run full of meaningful fights that will last all the way to mid-June. Headlined by a rematch between Srisaket Sor Rungvisai and Juan Francisco Estrada, this impressive slate of fights over the next two days should be a good primer for DAZN’s crown jewel to this point in Canelo Alvarez versus Daniel Jacobs on Cinco-De-Mayo weekend. Other fights on the boxing schedule include the co-feature 122-pound unification in Roman vs. Doheny and Prograis vs. Relikh as part of the World Boxing Super Series.

It’s been right around the 6-month mark from the launch of the sports streaming company DAZN. The bells and whistles were in full effect as promoter Eddie Hearn promised to make waves in the sport here stateside similar to his success in the United Kingdom. Although, the initial push has been weak, the biggest news for DAZN has been outside the ring being able to land the most well known fighter Canelo Alvarez, Gennady Golovkin, and U.K. kingpin Anthony Joshua. In 2019 DAZN has been in a holding pattern waiting until late spring and early summer to arrive.

Let’s get this preview officially started by breaking down Rungvisai/Estrada 2 which should turnout just as quality of a scrap as the first one. Last February these two Superfly’s mixed it up producing one of the better fights of 2018. Two of the scorecards seemed fair at 114-114, same as this podcaster’s card, and 115-113. But Steve Marrow’s card of 117-111 was too wide only giving Estrada a measly 3 rounds is nonsense even if you saw it as a competitive but clear victory for the self proclaimed ‘Rat King’. With a few swing rounds there’s just no way someone could give 9 rounds to Srisaket.

At least Estrada got his rematch and these top-flight fighters can share the ring yet again. Look for Rungvisai to bring his same pressure style offense which he blends with patience and accuracy. Instead of trying to pile up points by just outworking opponents, Rungvisai prefers to pick his shots wisely. Straight or looping left hands along with a jab and hooks to the head and body make up a bulk Srisaket’s offense.  The Philippines native finds his way on the inside with quick feet but doesn’t hang around that long as he pulls out to reset, then goes back on the attack.

Estrada is a natural counter-puncher especially with his right hand, but make no mistake about it, Juan Francisco will lead and be aggressive if need be which was the case in the closing rounds of their first meeting. Estrada had to make a run after getting off to a bit of a slower start relatively speaking. It’s a bit strange that a guy who looks to counter like Estrada actually throws more in combination then the hunter.

The rematch will likely be similarly paced with not a whole lot of dead spots. Whichever boxer closes the last 30 seconds of a round stronger ala Ray Leonard will get the nod in a close round. Estrada claims he will throw more punches this time around so don’t be surprised to see Srisaket put more combinations together as well. Hopefully we get exactly that, because it will open up both men defensively making for a more back and forth fierce pacing.

Earlier this year Rungvisai signed a multi-fight deal with DAZN. Considering he already received a favorable scorecard it’s safe to assume he’s the house fight which makes a difference in close-contested affairs. Another item to think about is Juan Francisco Estrada had a knee injury and he claims to be 100 percent heading into Friday’s fight at The Forum in Los Angeles, CA.

This wanna-be-paid-blogger is prognosticating a trilogy in the near future possibility by year’s end. Rematches tend to favor the counter puncher or more skilled fighter with better timing. That’s not to say Rungvisai isn’t a crafty character as a pressure fighter. The mixture of defense and offense matched with combination punching will contain or at least corral Rungvisai just enough to win 7-5 with the difference being Estrada hurts him once or twice throughout the 12-rounds.

My Official Prediction is Juan Francisco Estrada by Majority-Decision. 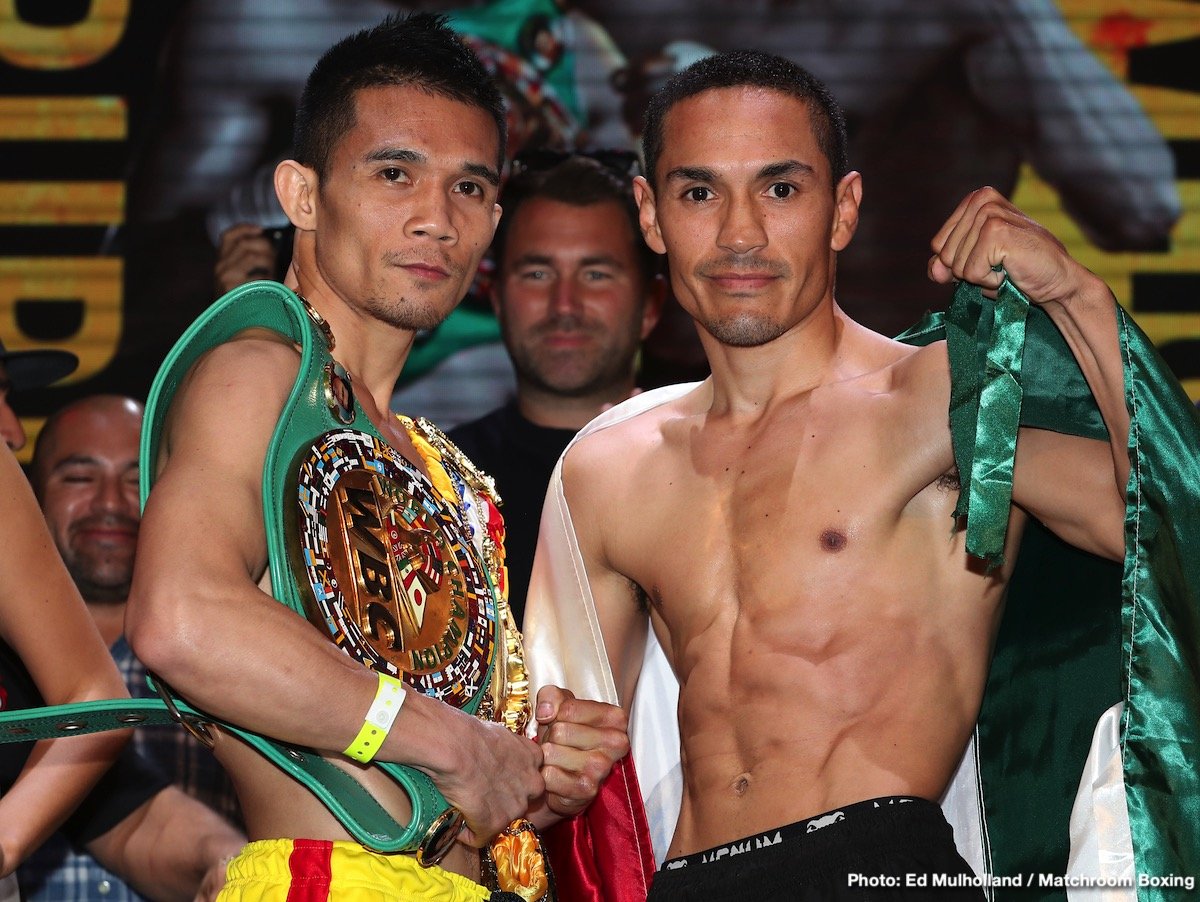 The Co-Feature is an interesting one matching Daniel Roman with the somewhat unknown TJ Doheny in a unification bout at 122. This one is a kind of difficult to break all the way down with a limited amount of actual fight footage of Doheny. TJ did looked pretty good in his last two outings Iwasa and Takahashi. Doheny will try his best to muck up the action on the inside in an attempt to roughhouse Roman. At 21-0, Doheny is ready to step up to the plate, will find out soon if he’s a top level operator. Daniel Roman hasn’t tasted defeated since 2013 and his overall skill and fundamentals will carry him to victory.

And Finally the World Boxing Super Series returns with a first installment of the semifinals. This doubleheader on Saturday night features Regis Prograis vs. Kiryl Relikh at 140 and Nonito Donaire unfortunately won’t be fighting an injured Zolani Tete. Look for a more calm and calculate Regis Prograis this time instead of the more wild, forcing a knockout punch version we’ve seen of late. He will have his hands full in his hardest fight thus far. The majority of fans thought Relikh beat Rances Barthelemy the first time lucky for him he did get the win in a much deserved rematch. Relikh won’t blow anyone away watching as far as power or ultra-skill. What he will do is limit his mistakes and stick to what got him this far. In a closely fought tilt Prograis pulls away in the last third of the fight. My Official Predictions is Regis Prograis by UD.

Side Note: Robert Easter Jr. face’s Rances Barthelemy on Showtime in a crossroads fight that should produce plenty of two-way action as both men climbe they’re way back to the championship level. My Official Prediction is Robert Easter Jr. by MD.