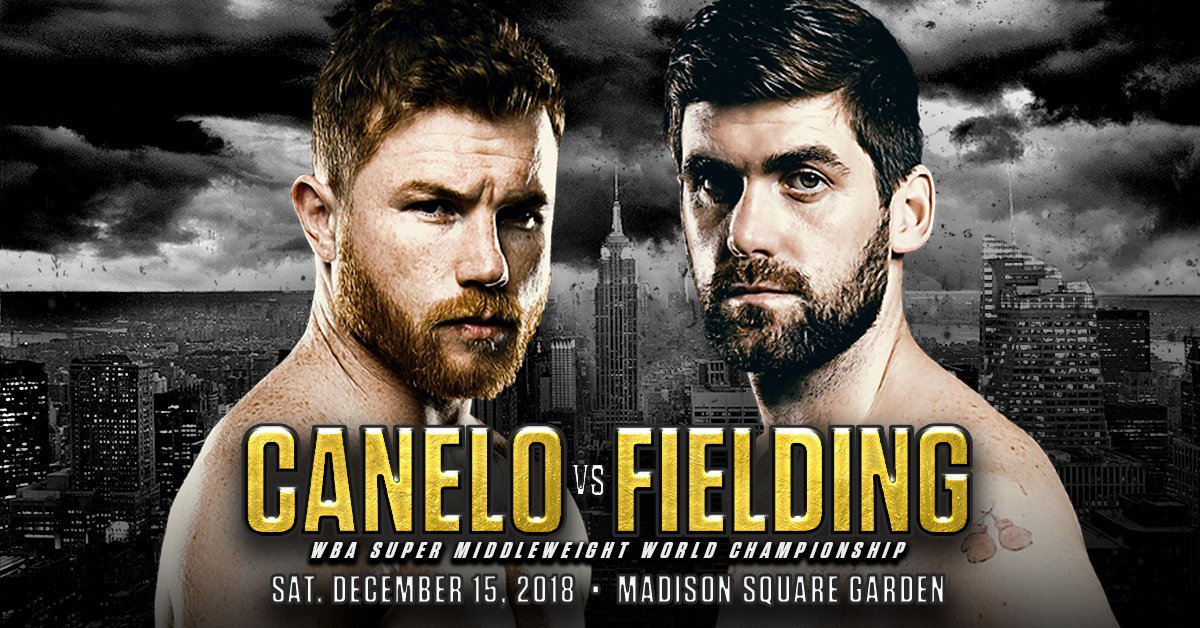 Middleweight knockout sensation David Lemieux (40-4, 34 KOs) will look to make a second potential Knockout of the Year performance before 2018 ends as he takes on Tureano Johnson (20-2, 14 KOs) in the scheduled 12-round co-main event of Canelo vs. Rocky. The card will also feature the return of Sadam “World Kid” Ali and will showcase some of Golden Boy Promotions’ best rising stars. The event will take place Saturday, December 15 at Madison Square Garden in New York City and will be streamed live on DAZN–which, at just $9.99 per month after a one-month free trial, means new subscribers to DAZN will enjoy the entire Canelo vs. Rocky fight night for free.

“Golden Boy Promotions will give fans early Christmas gifts this year as we offer yet another great card to close 2018 on a very high note,” said Oscar De La Hoya, CEO and Chairman of Golden Boy Promotions. “David Lemieux still has his eyes set on Canelo, and that night they will be in the same arena. Lemieux knows that if he loses against Tureano Johnson, he can forget about any shot with Canelo. Also, each of these undercard fights, even the ones featuring Sadam Ali, Ryan Garcia, Vergil Ortiz and Lamont Roach, Jr., could easily be the main attraction of any other event, so fans should not miss out on this great night of action – especially when it’s free for new DAZN subscribers.”

Lemieux is a 29-year-old puncher coming off a spectacular first-round knockout victory against Gary “Spike” O’Sullivan on the televised pay-per-view undercard of Canelo vs. GGG2. The native of Montreal, Canada will look to earn another shot at the middleweight crown in this bout against Johnson.

“I’m extremely ready and looking forward to my next fight against [Tureano] Johnson,” said David Lemieux. “I didn’t take a break since my last fight because I thought that I would be facing Canelo. Training camp has been great. Johnson is a solid opponent. I’m ready for an explosive performance and a great victory to end the year in a great way.”

Johnson is a 34-year-old contender who hopes to fight for a world title despite some setbacks. Johnson’s only losses were against Curtis “The Cerebral Assassin” Stevens and Sergiy “The Technician” Derevyanchenko. If the native of Nassau, Bahamas can get past Lemieux, he will join a short list of fighters who are worthy of a middleweight title shot.

“David Lemieux is a former world champion, so he’s the kind of guy I’ll have to defeat if I want a shot at the title,” said Tureano Johnson. “I’ve had some setbacks in my career, but I’m feeling better than I ever have before. I’m excited to be part of this platform and will take advantage of this opportunity with a victory against Lemieux this December.”

“We are happy to have David Lemieux fight on December 15 in the Mecca of boxing,” said Camille Estephan, President of Eye of the Tiger Management. “He is having a great training camp and is getting ready to bring two sledgehammers to the ring, one in his left hand and one in his right. He’s healthy and ready to go.”

Ryan “Kingry” Garcia (16-0, 13 KOs) of Victorville, Calif. will fight for the first time under the tutelage of Eddy Reynoso, head trainer of Canelo Alvarez, in a 10-round lightweight battle.

Yves Ulysse Jr. (16-1, 9 KOs) of Montreal, Canada will return in a 10-round super lightweight fight.

Super lightweight knockout artist Vergil Ortiz (11-0, 11 KOs) of Dallas, Texas will return in a clash scheduled for 10 rounds. Opponents for Garcia, Ulysses and Ortiz will be announced shortly.

Additional information on this card will be announced shortly.

Canelo vs. Rocky is a 12-round fight for the WBA Super Middleweight World
Title presented by Golden Boy Promotions in association with Matchroom Boxing. Lemieux vs. Johnson is a 12-round middleweight fight presented by Golden Boy Promotions and Eye of The Tiger Management.The event is sponsored by Tecate, “THE OFFICIAL BEER OF BOXING,” and Hennessy “Never Stop. Never Settle.” The event will take place Saturday, December 15 at Madison Square Garden in New York City and will be streamed live on DAZN.