Undefeated former two-time world champion David Benavidez and veteran Ronald Ellis spoke with the media for the final time ahead of their 12-round WBC Super Middleweight Title Eliminator Saturday, March 13 live on SHOWTIME at 9 p.m. ET/6 p.m. PT from Mohegan Sun Arena in Uncasville, Conn., in a Premier Boxing Champions event. Fight fans outside the US can watch the fight LIVE on FITE TV (click here)

This weekend’s SHOWTIME CHAMPIONSHIP BOXING telecast also features a co-main event bout between two under-25 lightweight rising stars, Isaac Cruz and Matias Romero, when they meet in a 12-round WBA Lightweight Title Eliminator. A 10-round super welterweight affair between Terrell Gausha and Jamontay Clark will open the SHOWTIME telecast. TGB Promotions and Sampson Boxing promote the event. 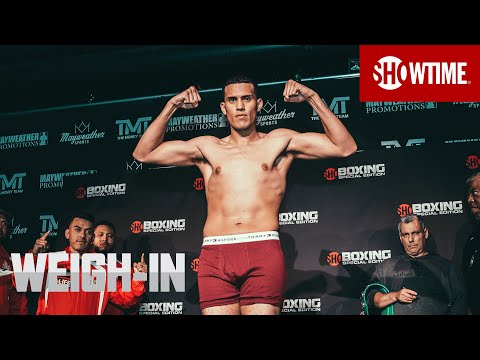 Here is what the fighters had to say during fight week and during Thursday’s media availability:

“The thing about Ronald Ellis is that he moves around pretty good. He’s more of a boxer. I don’t see too much power; I don’t see too much speed. I’m prepared for a boxer; I’m prepared for a brawler. I’m not going to be extremely confident, but he should be very prepared for this fight because it’s a title eliminator. So I’m just going in there very cautious, and work how I work: jabs, uppercuts, body. Put pressure on him. It’s worked against everyone else, so I’m sure it’s going to work against Ronald Ellis as well.

“I’ve been preparing for this fight as if it was a world title fight. Whatever Ellis brings to the table come March 13, I’m going to be prepared for it. If he wants to bring pressure, if he wants to be a boxer and move around the ring, I’ll be ready for it. The way I’m feeling right now, I feel like it’s going to be an early stoppage. I feel great. I feel strong. I’m going in there to get an early stoppage.

“I’m not overlooking Ronald Ellis. I was looking for a big name, and I didn’t really get that. But I give him the respect as a boxer, and I prepared for him like he’s a world champion. I feel like I’m going to get a quick KO against Ellis.

“I’ve been very motivated and training extremely hard. I feel like this is the best training camp I’ve ever had. This is unchartered territory for me being on weight four days before. I had 13 weeks of camp, so that’s more than enough time to get ready for whoever. If it’s Ellis, Canelo, (Jermall) Charlo, or whoever I’m in there against.

“The Charlo fight is the one that I want to make happen in September. Charlo has a lot to say about me, and at the end of the day, we are probably the best fighters in PBC and at SHOWTIME. So why not make it happen? On both my end and Charlo’s end. He doesn’t really have anyone else at 160, so it seems like a fight that should be fairly easy to make. I think Charlo makes the most sense because we both need a signature win to get to Canelo. 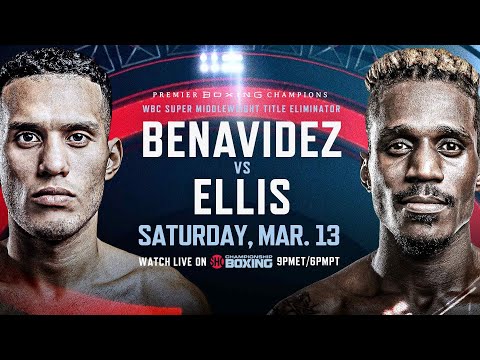 “Canelo is the big fish, and everyone wants the big fish. Whoever fights Canelo has to be at the pinnacle of their game. Without a doubt, Canelo is one of the best fighters today, and I’m not taking anything away from him. But I feel like right now, where I’m at in my life, I’m ready to accept a challenge like that. I just had a baby boy, and there’s no bigger motivation than that right now. I got youth on my side, and I feel like I hit harder than Canelo, and I have the speed too. All I need is to prove myself to the world and to the fans, and even to myself, that I’m the best. And I feel like I’m ready for that.

“I would love to get a fight with Caleb Plant. I think they’ve just been trying to give Plant the easy route so that they can prep him for a Canelo fight. They’re waiting to cash him out. He’s been getting back-to-back really easy fights. Even after he loses to Canelo, because I don’t think he can beat him, I would still love to get in the ring with him. Me and him still have a lot of unsettled business. I don’t like him at all. He thinks he’s the second coming of Mayweather, and nobody is better than him, but he hasn’t proved himself at all. He’s had no hard competition. Everybody he’s fought has been way over the hill and have all been beaten. If he really wants to prove himself as the champion, the only way he can prove himself is by fighting me.” 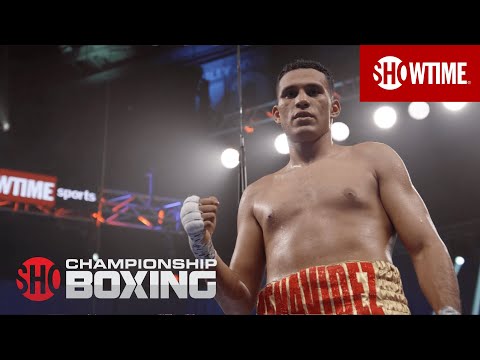 “This isn’t my first time in the bubble, so now I know what I’m expecting. It got way easier. I got no complaints. I did what I had to do.

“I got power. A lot of people seem to overlook it. But now it’s just time to show it. I’ll show my power on Saturday night.

“Just coming here on weight has been key and doing what I had to do. Usually, you could get into the hotel and shake a few pounds off, but here you can’t go anywhere. So I knew what I was getting myself into.

“I don’t feel like giving out the game plan, but I hope he pressures me. But I’ve got two hands too, and I’m going to stay in there, and I’m going to fight. I’m just going to mix it all up and do what I’ve been doing my entire career—just all in one night. 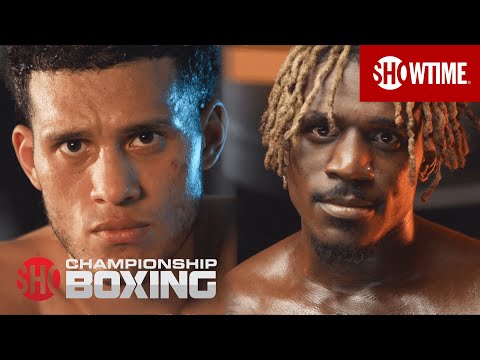 “Training camp was very hard. I sparred for two months, my sparring partners trained me very well, and we are extremely ready to take this win home.

“No, I do not feel pressure following a big knockout. I am always prepared to finish fights. That is why I train as hard as I do and prepare myself like I do.

“We prepare for fights to go the distance and for me to knock out my opponent. If the knockout is there, I will take it, but we prepare ourselves for anything to happen, and I am always ready.

“I always like to come forward because it allows me to change to something else. You never know when your boxing skills will have to take over. I like to keep my opponents guessing.

“Every fighter has a different strategy, so I can’t use what I did last fight and bring it to this one. I expect an excellent fight Saturday, and I will be ready.”

“I want to thank my backers and my coach for training me for this fight and getting me ready. I’ve been preparing for this since I started boxing, and I’m looking forward to Saturday night.

“I fit right into camp with German Caicedo. I felt comfortable like I was one of the guys. The gym is known for that, the vibe that it has, all the fighters with the same goal. I’m grateful for that acceptance.

“I’m very excited. We’ll see if Isaac Cruz is what they’re saying he is. I’ve trained very hard for this fight. It’s a dream to fight on this stage, a dream to fight in the United States, and I’m taking it very seriously. Cruz is a great fighter, but we’ll see if he’s one of the best in the division come Saturday night.

“Obviously, I have a lot of faith in my ability. Cruz is a knockout artist, that’s what he comes to do, and that’s all he comes to do. I’m a boxer, but I can punch also, so come Saturday night, the two styles are going to showcase each other, and I will be the victor.

“We are prepared if Cruz tries to change up his game plan. We don’t see that happening, but we have a plan for anything he tries to do. But we believe he’s going to be the same fighter he’s always been. Being on the bigger stage now, we don’t see him changing his stripes.

“I want to make sure that I belong on this stage, that this wasn’t a fluke or a handpicked scenario. I left my hometown with my father, who has been with me since I was a kid, and we’ve had a great camp. I feel very confident about Saturday night. I’m going to show the world and get the victory. I will leave it all in the ring. If it’s life or death, I’m prepared 100%.”

“Training camp has been good, I put all the work in, and my weight is great.

“I never pay attention to the odds because I have been an underdog my whole life. This is a good fight, and I look forward to putting on a dominant performance Saturday.

“With the Erickson Lubin fight, I feel like I learned a lot that I was able to correct in training camp. One of the main things I need to do is let my hands go more with a southpaw and be effective. I look forward to landing some good shots and getting it done earlier.

“It definitely makes this second time in the bubble so much easier now that I have experience doing it. My coach always says we either win or learn. So I am taking that and my experience as a fighter into the ring with me.”

“We have a lot of pride coming from Ohio, and we all want to be the top dog. So I am looking forward to showing I am the one.

“I like challenges, and I never say no to a fight. When I hear them say I have a problem with southpaws and I do not let my hands go, it gives me the motivation to prove people wrong and impress the fans.”

“Gausha will be a nice name on my resume. Hopefully, this puts me into title contention. I’m looking forward to big fights and big paydays. We’ll do it on SHOWTIME, hopefully.”