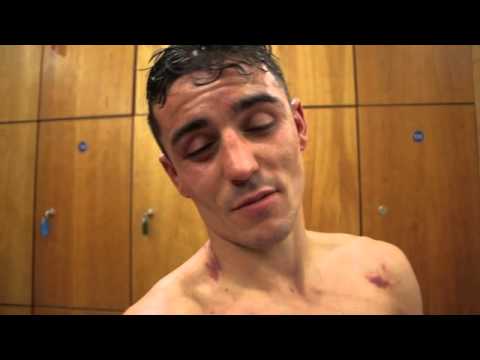 In a highly controversial decision, Anthony Crolla (26-4-1,9 KO’s) labored to a 12 round majority over Gavin (37-3-1, 18 KO’s) to grab the vacant WBO Inter-Continental lightweight title at the Bolton Arena, Bolton, Lancashire, United Kingdom. The judges scores were 115-113 and 116-113 for Crolla, and 115-115 even. This was a really strange fight, because I’ve never seen a fighter get out-landed and outworked as much as I saw Crolla, and yet still win the fight. Talk about your controversial decisions.

Rees was cut over his right eye in the 9th round from a head-butt. In the 4th, Rees cut over his left eye from another head-butt. I thought Crolla was diving in with his head a lot like a billy goat in the fight.

Rees boxed beautifully in the last three rounds of the fight, nailing Crolla with shots and making him miss. It was really nice watching Rees work because he was rarely getting hit despite fighting with his hands down much of the time.

After the fight, Rees and his trainer both felt that they should have got the decision. Crolla’s promoter Eddie Hearn talked about wanting to put Crolla in with WBO lightweight champion Ricky Burns next; although I’m not precisely sure how Hearn will be able to do that because Burns has an optional title defense against Raymundo Beltran scheduled for September 7th, and if Burns then takes another optional title defense against Crolla, who isn’t even ranked in the top 15 by the WBO, that would mean that the mandatory challenger for Burns is being skipped over so that Burns can fight optional defenses over and over. 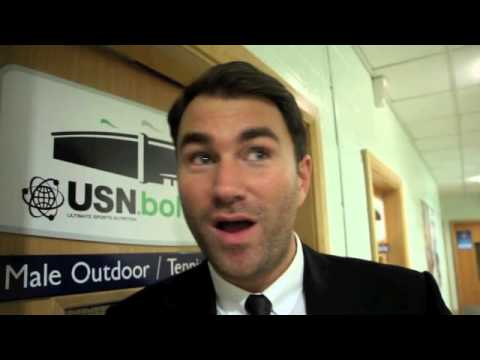