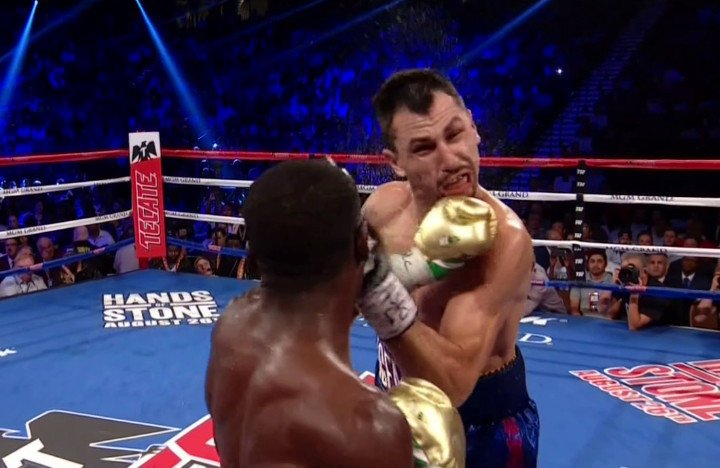 Terence Crawford may well have arrived as the new star of boxing. The unbeaten two-weight champion has been racking up hugely impressive and significant wins for months now, as he has proven time and again how he is deserving of being looked at as one of the best pound-for-pound boxers in the world. Crawford is arguably top-six, maybe top-five, and as he showed last night in totally dominating Viktor Postol – a tall, long-armed fighter who could have been a stylistic nightmare for him – his speed and reflexes are truly incredible.

Postol has absolutely no chance in there and it was largely due to Crawford’s lightning hand speed and those sharpest of sharp reflexes. The question is, can any fighter at 140-pounds cope with Crawford’s blurring speed? It could be Manny Pacquiao (himself no slouch when it comes to the speed department, even at age 37) next for the 28-year-old from Omaha, and this fight, if it does happen, has the look of a very hard one for a Pac-Man who has so many other things going on in his life. Pacquiao says he has the urge to fight again (so we are told, but so far Manny himself has spoken more of his devotion to his political career) but would he be 100-percent committed to the fight, the way he used to be and the way Crawford will be?

Crawford, 29-0(20) does take chances in there, and maybe Pacquiao would be able to tag him with a counter shot as he opened up. But against a proven puncher like Pac-Man, Crawford would almost certainly be more careful than he was against Postol. It could be an intense chess-match type of fight, or maybe it would be a fight fans’ dream of high volume, momentum switching fight. Crawford says his toughest fight remains the war he had with Yuriorkis Gamboa down at lightweight, and that classic, that saw Crawford have to take some shots, could be topped in the excitement stakes (something last night’s fight lacked, it was so one-sided) by a Crawford-Pacquiao showdown.

But will Pac-Man want this fight, at 140-pounds? It would be a very risky comeback fight for the former 8-weight king who was once atop the pound-for-pound charts. This position seems to be where Crawford is rapidly heading to (with only the likes of Roman Gonzalez, Gennady Golovkin and Andre Ward offering stiff competition for the top spot).

With Pacquiao and Floyd Mayweather’s “retirement,” fans wondered which fighter would take over as the sport’s best p-4-p operator. We might have our answer already, or maybe we’ll get it with another dominant Crawford performance at the end of the year.