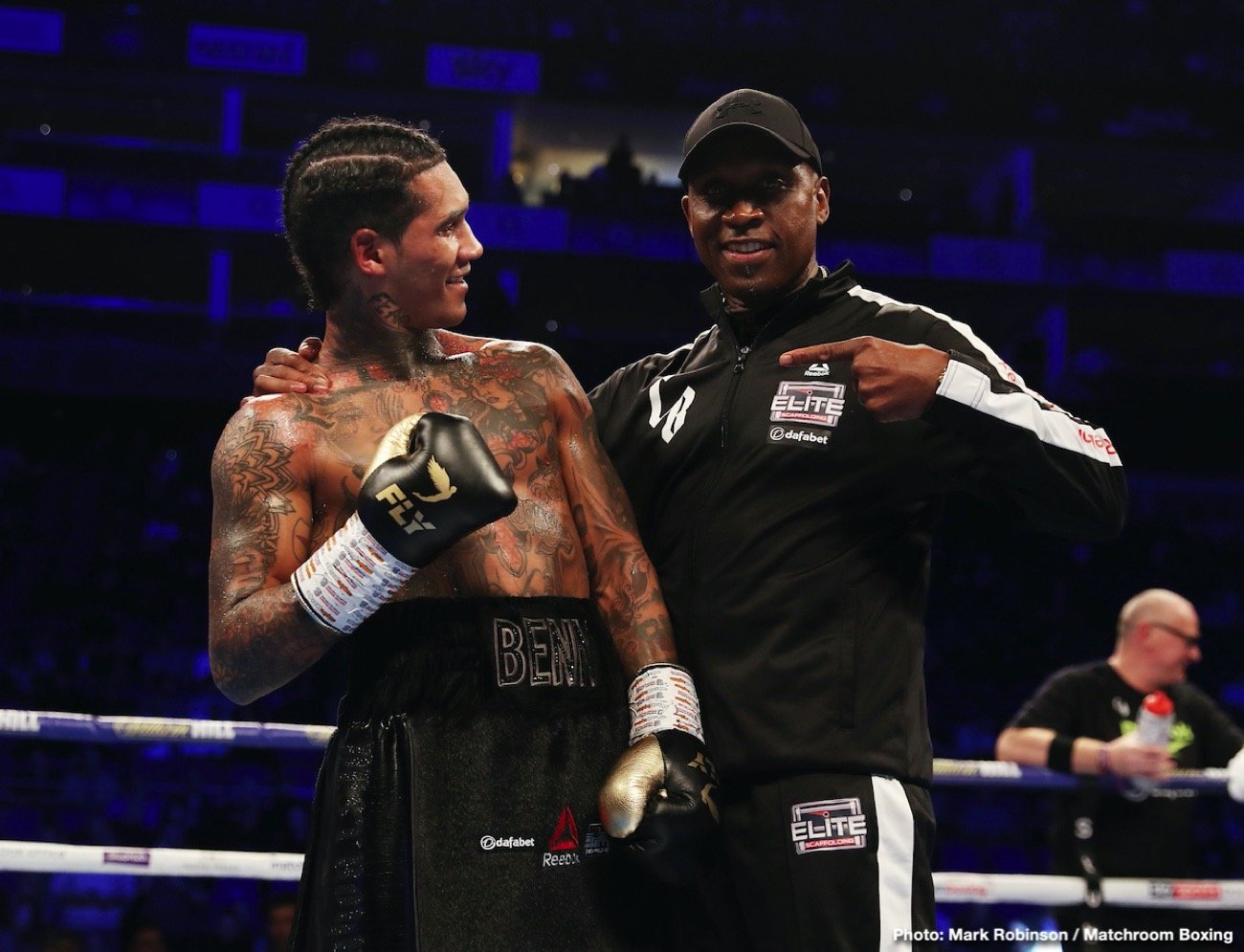 Conor Benn says there’s “no shame” in Anthony Joshua accepting the £15M step aside offer that he has reportedly been given to him to move out of the way for the Tyson Fury vs. Oleksandr Usyk undisputed heavyweight clash to take place next.

The unbeaten welterweight contender Benn feels that it makes perfect sense for Joshua (24-2, 22 KOs) to accept the £15 million, which comes out to $20 million, to step aside, particularly given that he’s getting a chance to fight the Fury-Usyk winner for all four belts.

Not only will Joshua get £15M, but he’ll get a chance to make 60 million if Fury is the one that comes out victorious against Usyk.

It’s believed that what is holding Joshua back from agreeing to the step aside deal is the shame that he would be viewed as ducking the rematch with IBF/WBA/WBO heavyweight champion Usyk (19-0, 13 KOs) out of fear.

Joshua,  32, lost a one-sided 12 round unanimous decision to Usyk last September at Tottenham Hotspurs Stadium in London. The fight wasn’t close due to AJ’s failure to impose his size and strength against Usyk.

Conor Benn: No shame in taking step aside

“Anthony-Usyk, we don know if that’s happening or not,” said Conor Benn to TalkSport.

“Neither do we,” said Gareth Davies.

“15 million,” said Davies on the step aside offer that has supposedly been offered to Anthony Joshua for him to move out of the way for the Fury vs. Usyk fight to take place next.

“So listen, the public may not want to hear this, but so if it’s all about the public, of course, I would take 15 million,” said Benn. “Listen, I’m going to wear my heart on my sleeve and say what needs to be said.

“If anyone offered me 15 million and I’ve got a big smile on my face to step aside and still fight the winner, I will tell you now, I will take that 15 million,” said Benn.

“No one can point the finger at all. I don’t care who you are because you’re not in that position. Some people spend 20 quid a day on lottery tickets and then they’re likely not going to win.

“So when you’ve got 15 million offered to you and presented to you and you still get to fight the winner. By the way, guys, you’re obviously the better man for winning, you’re still going to be in a hard fight,” said Benn of Joshua.

If Joshua stopped thinking about himself and focused instead on letting the boxing public see the fight that they’ve been asking for between Fury and Usyk, he wouldn’t have any misgivings about stepping aside. Right now, Joshua is focused on his own ego, and does not want to be seen avoiding Usyk.

It makes sense to step aside for 15 million

“Does it make sense for him as well because of the awkward, awkward rematch he’s got, Joshua against Usyk?” said Davies.

“Of course, it does. It makes a world of sense, and there’s no shame in taking the 15 million,”  said Benn. “I don’t know why people are carrying on and saying.”

“I completely agree with you, this is a business move for Joshua,” said Davies.

“Oh, it’s all about money. You ain’t going to spend all that money,” said Benn. “We love fighting, but do you think we’re going to go in there and risk our lives for nothing? No, we’re not.”

“And get the chance to probably earn 60 million because it’s you against Fury,” said Davies on Joshua likely winding up facing Fury in 2022 after agreeing to the 15 million to step aside for the Fury-Usyk fight.

“Step aside,” said Benn in giving his advice to Joshua. “If that was my advice from my adviser, I’d step aside, no problem. I’d be out for three years. I’ll be back when I need another paycheck.

“A big fight at the O2 Arena,” said Benn about his next contest in April in London, England. “It’s been a long time coming for this year. A lot of hard work.”