Poland’s Cieslak (21-1-1, 15 KOs) has only lost once during his nine-year professional career, and that was a narrow 12 round unanimous decision to the heavy-handed Ilunga Makabu in 2020.

Hearn wants Okolie (17-0, 14 KOs) to get through this fight, and then face IBF cruiserweight champion Mairis Briedis in a unification match later this year.

According to Hearn, if Okolie, 29, beats Briedis, he would effectively have proven himself as the #1 cruiserweight in the division, and then could move up to heavyweight to go after a world title.

What Hearn doesn’t want is for Okolie to leave the cruiserweight division without having unified at least once.

“This is a really tough fight. I feel like Cieslak is better than Arsen Goulamirian, the WBA champion,” said Hearn said to iFL TV. “He [Cieslak] lost to [Ilunga] Makabu on points in a decent fight.

“He’s right up there in terms of ability. He’s an elite cruiserweight. I love this fight for Lawrence Okolie because last time out, he had to fight his mandatory [Dilan Prašović], who was, no disrespect, how he was mandatory, I’ll never know.

“They believe they’re going to win this fight on Sunday, and I believe you’re going to see the best of Lawrence Okolie. Shane McGuigan has done a tremendous job with him, and he’s punching very, very hard. I feel like he’s the best cruiserweight in the world.

“Beating Cieslak will give us an idea of that, but he still has to beat the other champions, particularly Mairis Briedis. He’ll be working with us on Sunday night in the arena. That’s the natural fight to make this summer.

Hearn wants Okolie to unify in 2022

“When you have the ability to unify the division but you don’t unify the division, it’s frustrating. We’ve seen it with Demetrius Andrade. Even Kell Brook back in the day.  We couldn’t get a shot against any of the other [welterweight] champions, and we had to move up [to middleweight to fight Gennadiy Golovkin], and do something different.

“Sometimes you look back and say, ‘I wish I had gotten the opportunity to unify there.’ I feel like that’s who we’d be with Lawrence Okolie. So we’ve got to find a way to make it happen.

“It’s not like the other champions [at cruiserweight] are huge names and we can’t get them. We just have to pay up, basically, but if you pay up, you’ll get them. That’s what we’ve got to do with Lawrence.

“It’s going to take a significant investment from us, but we believe in him, and I believe he can group and win a world heavyweight title as well.

“I don’t want him to just win a world championship and then move up to heavyweight when I feel like he can run through the entire division at cruiserweight, and I believe he knocks everybody out in all of those championship fights.

“We’ll see how much he [Briedis] talks about Lawrence Okolie on Sunday night. That for me is the natural fight.

“That fight tells you who the #1 in the division is, and that’s nice to make a fight like that,” said Hearn about his desire to set up a unification match between Okolie and Briedis in 2022. 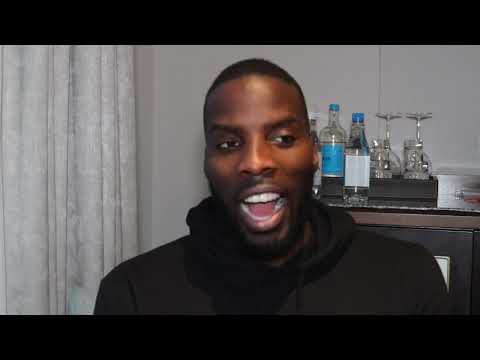