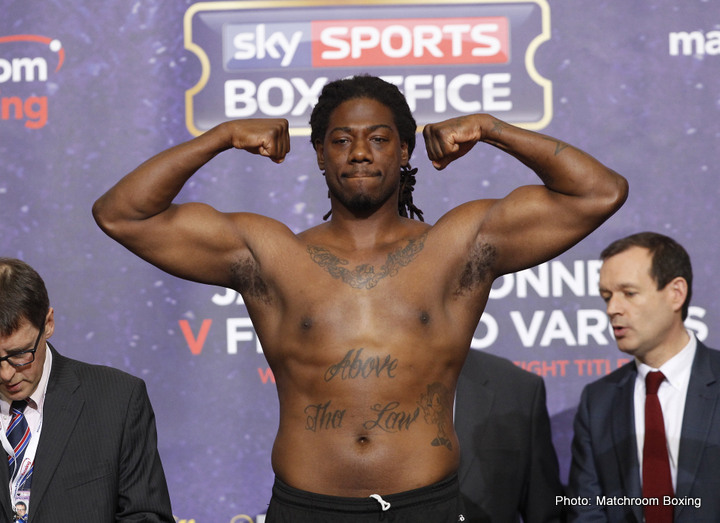 Can former IBF heavyweight champ Charles Martin rebuild the way the great Lennox Lewis did following his shock (and quick) stoppage loss to Oliver McCall? Martin, who lost in two-rounds to Anthony Joshua in April of 2016, will indeed bounce back the way Lewis did after losing his world title and unbeaten record – so says Martin’s advisor Mike Borao who spoke with Michael Woods of RingTV.com.

Borao says that with new trainer Sugar Hill, Martin, 25-1-1 (23) will launch a comeback similar to the one Lewis made under Emanuel Steward, who of course took over as Lewis’ coach immediately after the McCall disaster of ’94.

“Charles Martin will regain the heavyweight championship,” Borao told Woods. “His game has changed so much with the addition of trainer Sugar Hill. It’s similar to the improvements Lennox Lewis made when he hired Emanuel Steward, and a very similar story. Both guys won a heavyweight title with their amateur coaches, both guys lost a KO 2 in the UK. I can’t wait for Charles to win the title for a second time, and prove all the doubters wrong.”

Martin, who has won two in a row since the Joshua disappointment, beating so-so opposition, will indeed shock the boxing world if he manages to regain a major title. After the loss to AJ, Martin appeared to go off the rails somewhat (remember those crazy videos the 31 year old uploaded on social media?) and though he seems to have got his act back together, most fans will need plenty of proof that he can actually rule again.

Did Martin have a terrible (as in really terrible) off-night against Joshua, or were his limitations at the highest level brutally exposed? Borao has his beliefs – and it is true that Lewis was also written off by almost everyone after being stopped by “The Atomic Bull” – and everyone loves a comeback. Can Martin make a successful one at top level?

(Martin was to have fought on January 20, yet has been forced to pull out due to a dose of the flu).