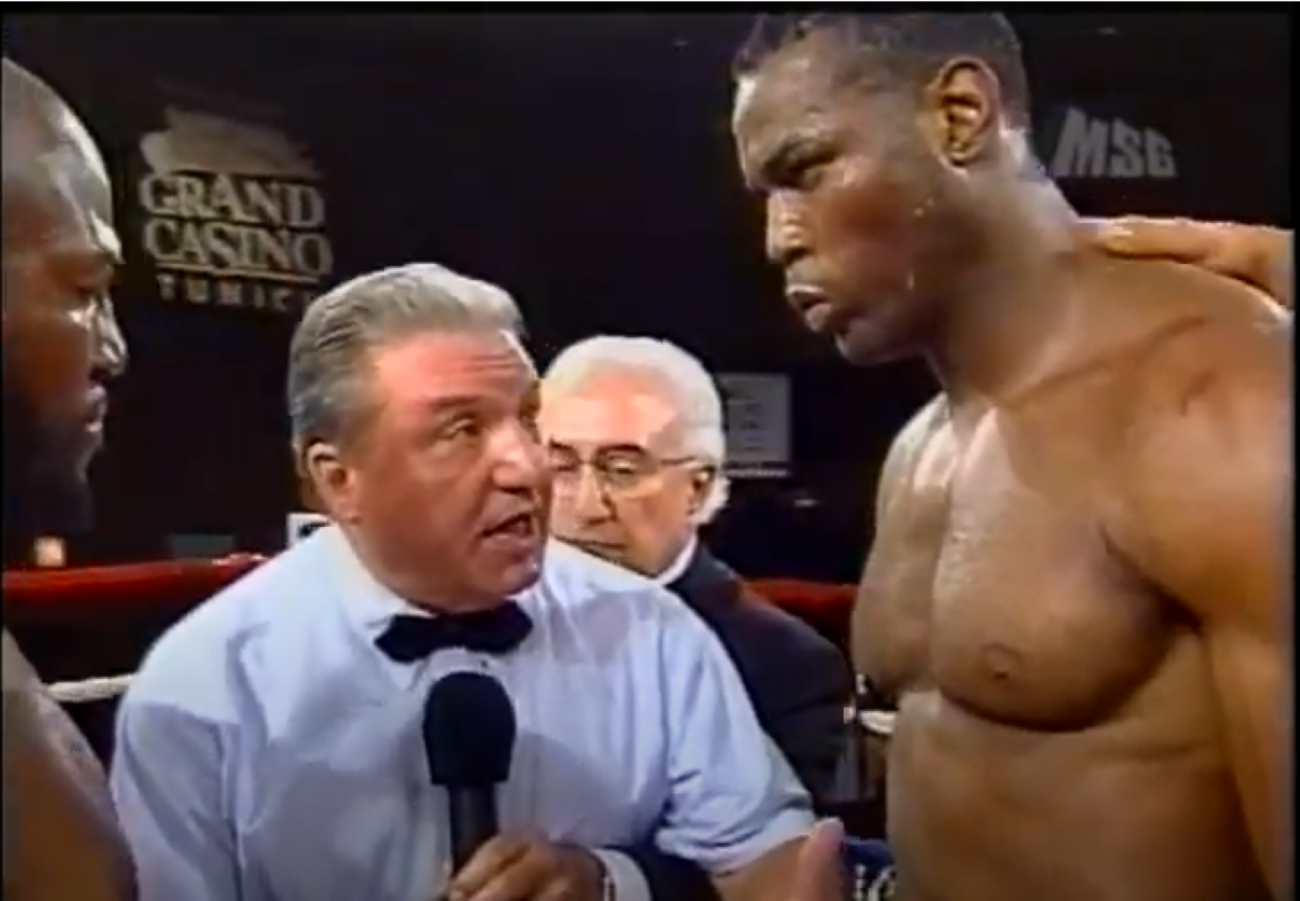 Exclusive interview by James Slater: Tall, athletic and packing a punch, Nigerian heavyweight King Ipitan looked for a time like the next big star of the sport’s premiere weight division. After compiling an amateur record of 14-1(11), Ipitan was signed up by Don King. Going pro in 1991, 21 year old Ipitan won his first 13 bouts, before suffering something of a freak loss to tough and experienced warrior Bobby Crabtree in December of 1994.

Crabtree came out fast and tagged Ipitan with a big left to the head. Ipitan went down and severly injured his ankle during the fall, unable to continue. It was a huge win for “The Fighting Hillbilly,” and Ipitan had to regroup. Ipitan did bounce back, often featuring on the USA Network as well as fighting on Fox. The 6’5” heavyweight sparred a number of big names during this time, such as Lennox Lewis, Riddick Bowe and Tony Tubbs.

Ipitan managed to win the IBO heavyweight belt but after a string of wins that followed the Crabtree disaster, Ipitan lost seven straight and then retired. Becoming an actor, Ipitan today says he was not training properly during the latter stages of his ring career, that he was merely “trying to fulfil my contract obligations.”

But although he was losing these fights, Ipitan was giving fans plenty of action – his wild and crazy battle with Zuri Lawrence from 2000 being a real slugfest with controversy. Ipitan’s biggest wins were probably his decision win over Ross Puritty (who would go on to shock Wladimir Klitschko) and his KO win over the Floyd Mayweather Snr trained Marselles Brown. In the end, Ipitan signed off with a 19-8-1(13) record.

Very kindly taking the time to speak with this writer this week, 50 year old Ipitan (who looks almost the same today as he did during his fighting career) took a look back on his boxing career:

“Getting known and being acknowledged around the world was nice, but while I was boxing I modelled and I did some movies as well,” Ipitan said. “I was told by my managers at the time – the late Richard Allen and Michael Marley – to be smart and save my money and not be like the man I admired, my boxing idol Muhammad Ali. My experience in the boxing world wasn’t quite appealing. It took a while for me to see my mistakes and to acknowledge my irresponsibility as far as how good or bad boxing was to me.

“I was signed and promoted by Don King, who eventually robbed me and took money from me, and also made demands that I must fight due to what the contract said. That’s why, at the tail end of my boxing career, I got those consecutive losses, because I stopped training – I was just trying to fulfil the contract obligations. Boxing has too many consequences for a human being to be able to become a champion or to attain success in the game. The physical or mental detriment that boxing causes to mankind is not worth the money! I am still in court with Don [King], he played me and took $4 million from me! I’m not trying to be negative about the sport, I’m being realistic.

“Although some boxers were amazing, with great skills, because of the money most of them didn’t know when to quit. Looking back, I should have dedicated myself to the movies, to business, I should have educated myself by graduating from college. But I paid more attention to the fight game. I was highly in love with boxing. Nothing in this world was more important to me than the fight game. My favorite boxers of all time are, Muhammad Ali, Meldrick Taylor, Roy Jones. Boxers from the early days were stronger, more determined than these bunch of clowns that we have today! There are just very, very few who really know how to fight today. But thanks, it’s been a pleasure speaking about my career.”