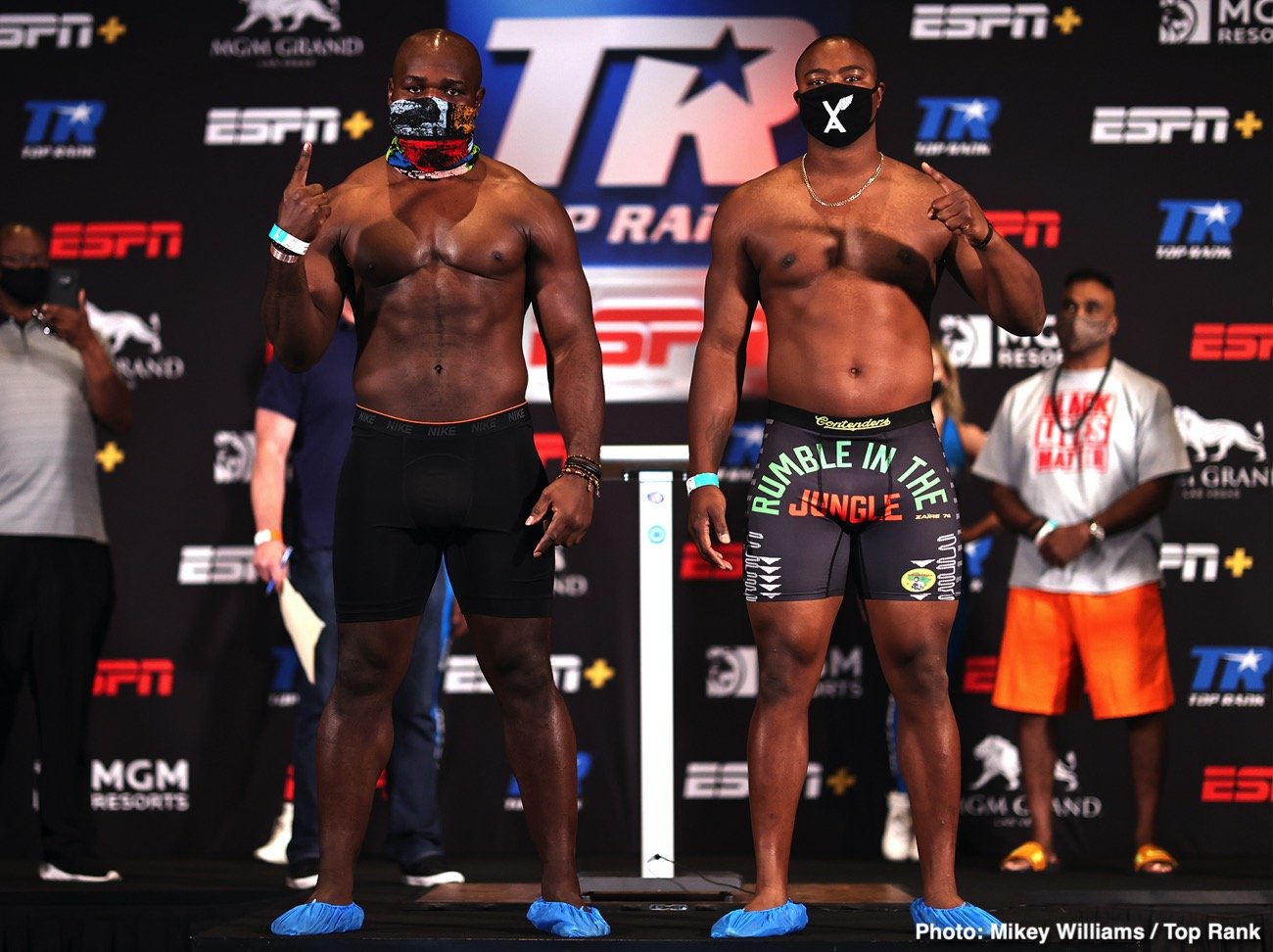 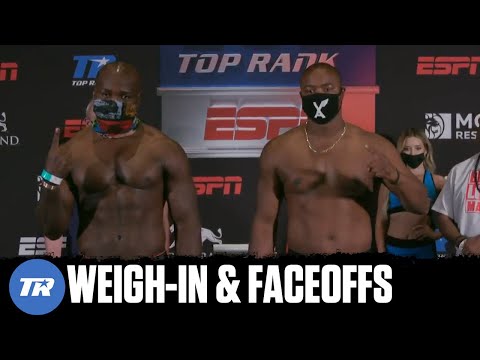 Both heavyweights tipped the scale this afternoon inside of the ESPN bubble at the MGM Grand in Las Vegas, Nevada. Takam looked to be in phenomenal shape weighing in at a strong 245.7 lbs, a testament to his work ethic through the difficulties of finding training during the COVID pandemic. Forrest weighed in at a fit 225.6 lbs and looked to be in great shape as well in a fight that he has prepared for months.

Takam was slated to face off with Oscar Rivas in a highly anticipated fight in the heavyweight division, but when Rivas pulled out with injury, Takam remained in fighting shape and took the Forrest fight on just under 12 days’ notice.

Takam is coming off of two dominating wins since signing with Hall of Fame Promoter, JOE DEGUARDIA’S STAR BOXING. First, he dismantled Craig Lewis in his USA debut in boxing’s return to the Catskills at Resorts World Catskills in September of 2019. Then in February, Takam dominated a game, Fabio Maldonado, over 10-rounds at Star Boxing’s acclaimed “Rockin’ Fights” series from the Paramount in Huntington, NY.

Forrest makes his ring return for the first time in 2020, last having fought to a second-round demolition of Martez Williamson in September of 2019. Forrest packs a heavy punch, with a KO ratio of 68.7%, and will look to use that to his advantage over the veteran Takam. Forrest was scheduled to face top heavyweight contender Jarrell “Big Baby” Miller, but Miller was disqualified from the bout after testing positive for PED’s.

Carlos Takam had this to say about the bout, “I’m pleased to be fighting, after all, I’m most grateful to fight for ESPN and to be able to give boxing fans a good fight. For the past two weeks I didn’t think I was fighting since my fight with Rivas fell through, but luckily I stay ready for war. Thank you to Joe DeGuardia and Star Boxing for this great opportunity.”

Star Boxing CEO, JOE DEGUARDIA had this to say about Takam’s opportunity, “I am thrilled the ESPN audience will be able to see Carlos Takam tomorrow night. Takam – Forrest is a significant fight in a hot heavyweight division.

Carlos is a true pro, he didn’t let the Oscar Rivas pullout affect him. He stayed ready, and now can jump in on less than 2 weeks-notice to capitalize on this opening provided by Jerrell Miller’s botch-up, and against a tricky and capable southpaw in Forrest.

This will be Carlos’s 3rd fight in less than a year, and kudos to him as he is a fighter who wants to be in that ring.” DeGuardia also said “Kudos to Top Rank and ESPN for keeping boxing on national TV during this COVID-19 ‘no-fans’ environment. ”

Takam-Forrest is presented by Top Rank in association with Joe DeGuardia’s Star Boxing and DBE.