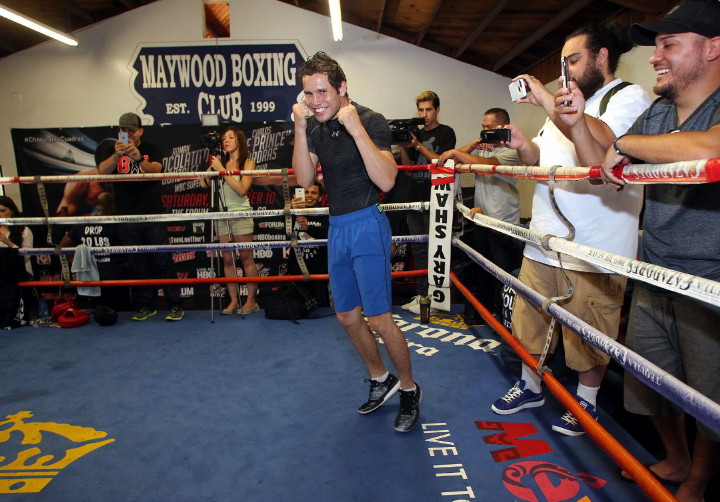 On Saturday, September 10 at The Fabulous Forum in Los Angeles, Cuadras will defend his title against #1 Pound-for-Pound Fighter in the World and WBC Flyweight World Champion Roman “Chocolatito” Gonzalez, (45-0-0, 38KO’s).

Featured in the co-main event following their epic 2016 “Fight of the Year” candidate this past April 15 in Downtown Los Angeles, Soto Karass will once again battle Yoshihiro Kamegai, (26-3-2, (23KO’s) in a 10-round junior middleweight clash. The first clash resulted in a split decision draw.

Both bouts will be televised live on HBO World Championship Boxing beginning at 10:00 p.m. ET/PT.

Below are quotes from the participants of today’s event;

Carlos “Principe” Cuadras, Undefeated WBC Super Flyweight World Champion
“I love boxing and I love what I do and I am very excited about this fight.

“I know what a great career Gonzalez has had and it really motivates me to train and get ready to fight him. This is the fight of my life.

“Fighting at the Forum is also very exciting. It’s a venue with great tradition and I want to give the fans a great fight.

“I am very grateful for this opportunity to fight in a main event in the U.S. and on HBO and to everyone involved with the promotion.

Jesus Soto “Renuente” Karass, Former World Title Challenger
“I feel the same adrenaline and the same excitement for this fight, the only things that have changed are the location and the main event. I am now sharing the stage with my countryman and world champion Carlos Cuadras.

“I am very excited that HBO is putting our fight on such a big platform. It feels great to be fighting on such a big event. A victory here can really put me up for a bigger fight in my career.

“I feel great, this training camp we have focused on improving things from the first fight. Working on hand speed, on keeping my distance, but as we all know inside the ring it can be unpredictable and we can have an old fashioned brawl for all the fight fans.”

“I don’t expect this fight to be the same as before, I can only hope that it turns out as great for all the fight fans. What I can say is from my part is that I am prepared for anything, and will deliver a victory and an exciting night of boxing at the Forum.”

Rudy Hernandez, Head Trainer of Cuadras
“We’ve had a great camp, Carlos had been training hard since the fight was announced and we’re well prepared for victory on September 10.”

Jose Luis Sorroza, Assistant Trainer of Soto Karass
“Jesus always trains hard; we have been trail running and focusing on speed and conditioning. I see him very motivated for this fight, he is only thinking about winning.

“He is looking very good, we don’t have any issues with the weight and he has been doing great in all his sparring sessions. He feels good and I think that this fight is different because we know what to look for.”

“We have a plan for this fight, but you know in the ring you can’t predict what will happen. I know that Jesus likes to come forward and that will not change, but what I do know is that he will fight this fight with more intelligence and all the fans will enjoy it on September 10.”

Tom Loeffler, Managing Director of K2 Promotions
“This fight (Cuadras vs González) is a great fight no matter what the weight is. These are two undefeated world champions and considered two of the best fighters in the world.

“Both guys are taking big risks in this fight and that’s what makes a great fight.
“We’ve got an outstanding evening planned with the main event and the outstanding televised co-feature between Yoshihiro Kamegai and Jesus Soto Karass which is a rematch of an epic war this past April that captured fight fans interest not only in Los Angeles but all over the world.
“We just announced the return of undefeated junior flyweight Seniesa Estrada to the off-TV portion and we’ll have a full undercard announced in the coming days.
“The tripleheader on HBO with Gennady Golovkin fighting Kell Brook from London telecast LIVE in the afternoon and re-aired in the evening marks September 10 as the Biggest International Day of Boxing in 2016.” 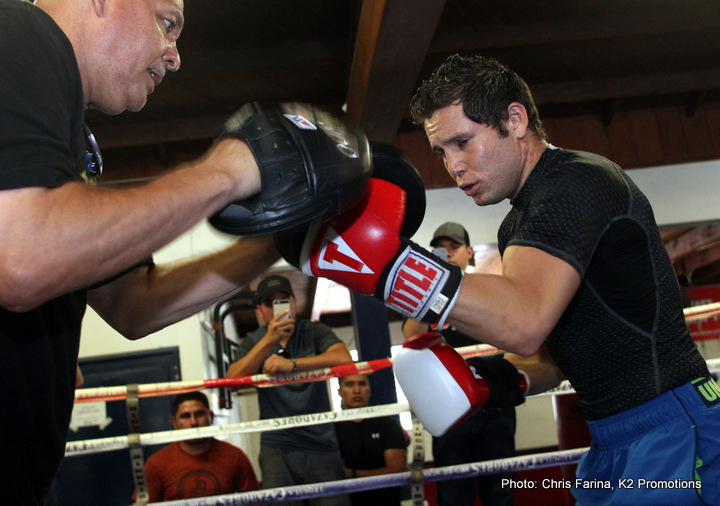 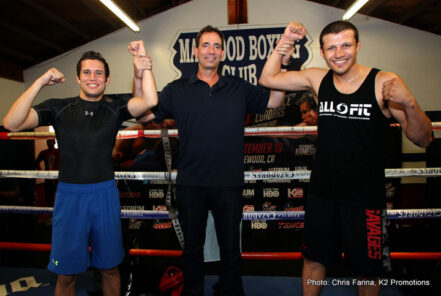 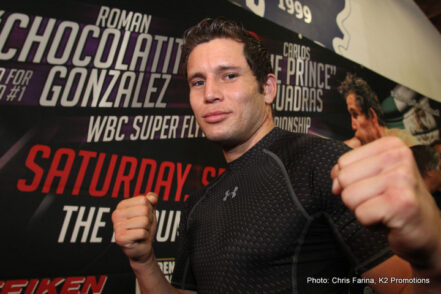 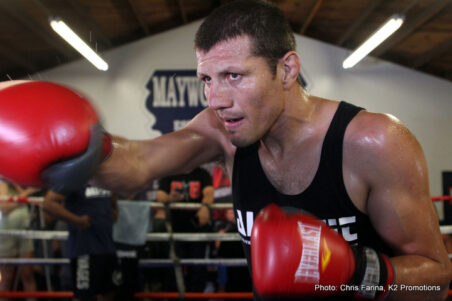 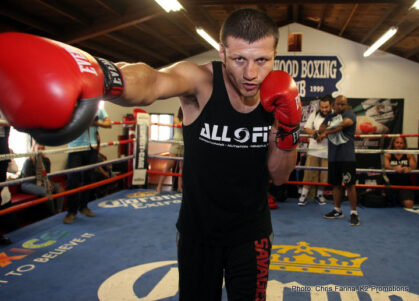 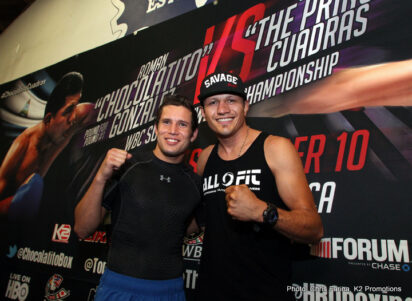