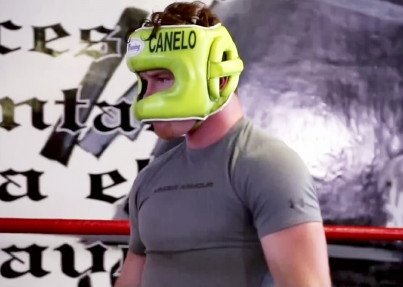 Though, Saul “Canelo” Alvarez and his strategists need not complicate the matter for themselves in preparation for “The One” bout. Bombard Mayweather with unrelenting torpedo combinations and Mayweather will be captured open to succumb and fall. Get through his shoulder waves, head swings and dance steps by pressing, unrelenting assaults and you get through the “wall” for a knockout win. Such is the way to upset a “mighty fortress.”
Come fight night, Saul has to prove he’s no toy for Floyd, and that he’s got the soul to wage a fierce battle.

How do you erase the proud “zero” and transform a boring Mayweather fight into an exciting, action-packed event? Take a leaf from Robert “The Ghost” Guerrero: Don’t do anything he did when he fought Mayweather last May because he did just about everything contrary to what he was supposed to do, except having “faith.”

Mayweather is at his best offensively but only when he succeeds creating space or distance to fight his “fight.” Thus avoid posing idle in front of Floyd at length convenient for him to unleash his looping, sharp right hand. Be bold and offense-minded, yet ever conscious of your own defense. Fight a close battle and keep moving to target his shell and grab every opportunity for speedy onslaughts, banging his “not too solid” chin without let up. Don’t just switch the ignition on. Drive “fast and furious” as in a Grand Prix.
But Alvarez has to have enough gas in his tank to be effective executing this tactic. He may implement whatever plan he has in mind but let this approach be basic and fundamental whatever the plan may be.

Floyd wears eagle eyes, watchful from afar over enemy attacks, but just up to a couple of successive quick punches. Beyond that he could be formless as helpless. Striking is his goal next only to covering. He is not naturally combative. He avoids slugfest as best as he can, for he is nervous of toe-to-toe exchanges.

Mayweather is as durable as a gigantic candle that softens and melts under fire.

Ask Anderson Silva of UFC why he doesn’t think too highly of Floyd. Bereft of tools to confront head on collision in combat sport, Mayweather tends to “self-destruct” when challenged frontally. He doesn’t have much in his arsenal to counter numerous “counter blows” and rapid punches – “The One” true reason why he continues to duck the Filipino boxing icon (lost in the “jungle”) because he fears Pacquiao still possesses powerful, hostile and blinding combinations – and because Pacquiao loves action in the ring. Hence Floyd cherry picks.

Mayweather will fight Pacman, but not unless he is sure Pacman doesn’t have “it” anymore. Strange, these boxing “greats” have become arch rivals but never had a rivalry in the squared circle. Pacquiao and Mayweather are crude and stream who have opposite styles that could bring about a unique and entertaining show when they clash for a potential classic contest or “war” in pugilistic animation. Mayweather’s offense is his defense in the same vein that Pacquiao’s defense is his offense. Imagine that if they fight.
Floyd is most lethal and poised ready to win anytime, by points or KO, but just when he stands comfortably in his usual defensive mode. Therefore break Floyd’s defense and you dismantle his offense for a scoring feast.

Boxers who wish to beat Mayweather need to track shreds and see where three “ordinary” opponents had fallen short, and why they could have taken the fight away from Mayweather to make him look ordinary. Find out how Jose Luis Castillo traded heavy punches with Floyd, Zab Judah knocked down Floyd and Miguel Cotto bloodied Floyd. Figure that out and you solve the enigma named “Pretty Boy,” the wax turtle in a waxy dull cave.

Canelo’s chance to be pugnacious and stormy on September 14 is every boxer’s chance to nullify a secret weapon and beat a “Floyd Mayweather Jr.”
Sizzle.