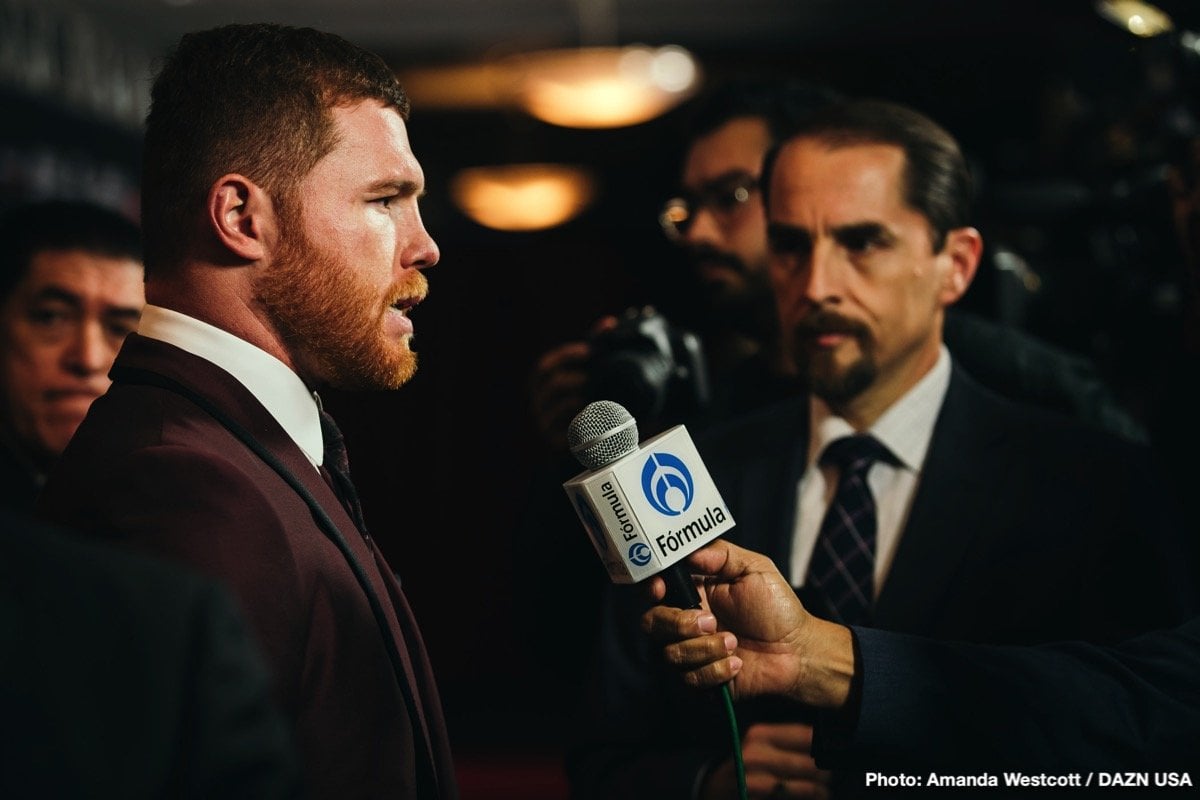 The heavyweight division aside, the biggest fight that can be made in all of boxing this year is a third battle between middleweight rivals Canelo Alvarez and Gennady Golovkin. Whether you feel Triple-G won both fights (I’ll raise my hand here), you think Canelo deserved the verdict in both bouts, or you think the results that stand were, with a draw and a close Canelo victory, fair and above board, a third go between these two is needed.

Not only were the two decisions controversial (fight-one especially), they were also crammed full of action. And with the blend of styles these two greats have there is noting to suggest a third fight would be any different. But will we actually see GGG/Canelo III here in 2019? Maybe, maybe not. Canelo, who clearly feels he is in the driving seat and as such is able to make demands, told the gathered media during yesterday’s conference call to hype the May 4 fight between Canelo and Danny Jacobs that he will only fight GGG this year on one condition: if Golovkin holds a world title.

As things stand right now, with Canelo holding the lineal middleweight title, the WBA and the WBC belts, and with the IBF title held by Jacobs to be on the line on May 4, GGG has only the WBO belt open to him. And the slick and gifted Demetrius Andrade currently holds that strap. Can GGG beat Andrade, and can he do it with enough time left this year to make the super-fight III?

“The objective this year is to win all the titles,” Canelo said on the line yesterday. “My goal this year is to have all the belts. If Golovkin has a belt before the end of the year, then yes, we’ll gladly fight him. If he doesn’t, see where it falls later, how it plays out.”

Fair enough, or is Canelo waiting for GGG to age just a little more before agreeing to tackle his fiercest and most compelling rival a third (and hopefully decisive) time? It’s good that Canelo aims to become an undisputed champion, but a third fight between he and Golovkin could be argued as bigger than mere belts. What if GGG lost to someone, say Andrade, in the meantime – would that third clash be forever lost, or at least seriously compromised?

Right now, as Canelo says himself, he has a “tough fight” to deal with on May 4. And we still await confirmation on Golovkin’s comeback opponent.