Canelo Alvarez, the biggest non-heavyweight star in boxing today, has not yet won what many feel will prove to be his toughest or at least trickiest, fight; this with slick lefty Billy Joe Saunders, who Canelo will of course face tomorrow night. But already, people are talking about what might come next for the Mexican. As we know, the plan for Canelo, 55-1-2(37) is to unify the belts at super-middleweight, so this means a win over Saunders, the WBO champ, will likely be followed by a fight with Caleb Plant, the IBF champ at the weight.

After that, Canelo says he will be “open for anything.” Speaking with RingTV.com, Canelo spoke about the possibility of a third fight with Gennady Golovkin – and the 30-year-old stated that if GGG wants it, “he has to” move up to 168 pounds. Canelo’s middleweight days are over.

But in all seriousness, would Golovkin, a “small middleweight,” have any real chance against Canelo at 168? It seems these two fighters, who boxed a draw and then boxed a return that Canelo won on the cards, are now miles apart in terms of weight. And then, when we factor in GGG’s age (39) and his apparent decline (Gennady hasn’t looked great in a fight in quite some time), it looks like a sure win for Canelo. 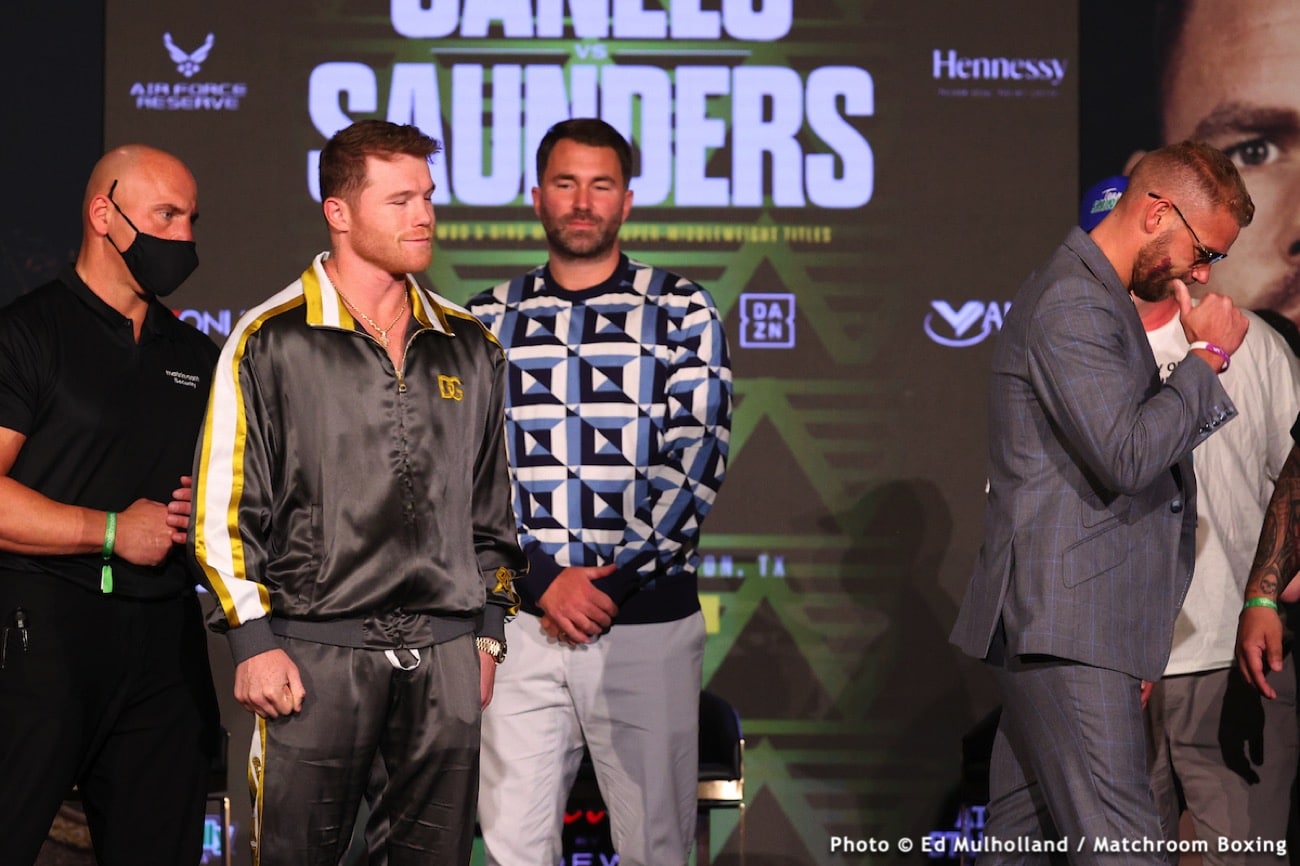 But will GGG agree to move up to 168? Should he? Many people (this writer included) feel Golovkin won both fights with Canelo and as such has nothing to prove as regards their rivalry. But money talks. If Golovkin, 41-1-1(36) wants the massive payday a third fight with Canelo would bank him he will have to dance to Canelo’s tune.

The cards, though, do seem to be stacked against GGG in one big way in a 168-pound rematch/final fight with Canelo. Would Triple-G get knocked out for the first and possibly only time in his career if he fought Canelo at super-middleweight sometime next year? Or might Golovkin really show his greatness by rising above all the odds to defeat Canelo in fight-III?