Canelo Alvarez had his cast removed on his surgically repaired left hand on Tuesday. He’s now ready to begin the slow rehab on his injured hand, which could take a while.

After Canelo’s recent victory over Gennadiy Golovkin last September, he revealed that he’d been fighting with the injury for a long time, but it had gotten to the point where he could no longer deal with the pain.

Now that Alvarez’s hand has been operated on, hopefully, he can fight without pain and throw with full power with his left hooks as he’d done in the past.

Unfortunately, the hand might not be ready for Canelo (58-2-2, 39 KOs) to fight in May against WBA light heavyweight champion Dmitry Bivol. It’s possible that Canelo, 33, will rest his hand until September 2023 before he sees action again.

Fans are predicting already that Canelo will use his surgically repaired hand as an excuse to duck Bivol (20-0, 11 KOs) to avoid another embarrassing loss to him.

If Bivol beats Gilberto ‘Zurdo’ Ramirez this Saturday, November 5th, fans believe that Canelo will use his hand injury as his excuse not to fight the Russian.

We’ll see who Canelo’s manager/trainer Eddy Reynoso chooses for him to fight when he does come back. Given that Canelo will be coming off an injury and likely a year-long break, the chances are slim that he’ll take a risky fight against Bivol, Jermall Charlo, or David Benavidez.

If Canelo cannot punch with full power with his left hand due to pain, he won’t be the same fighter because his right hand isn’t nearly the same weapon.

You can argue that it’ll be the beginning of the end for Canelo if he’s unable to regain the strength in his left that he’d had his entire career.

What fans don’t want to see is Canelo returning to fighting the type of opposition that he’d fought during the last four years. Canelo padded his record with wins over Billy Joe Saunders, Avni Yildirim, Rocky Fielding, Daniel Jacobs, and an old Sergey Kovalev.

The two standout fights that Canelo has had since late 2018 were Caleb Plant and Dmitry Bivol. You can’t consider 40-year-old Gennadiy Golovkin as a high-level opponent due to how faded he looked last September in losing to Canelo.

If Canelo is out of the ring too long, he should do the right thing by vacating some or all of his super middleweight titles so that the contenders can fight for them. 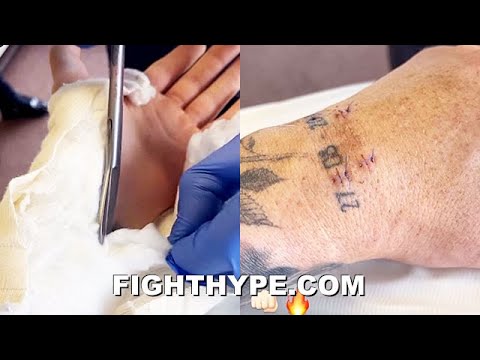