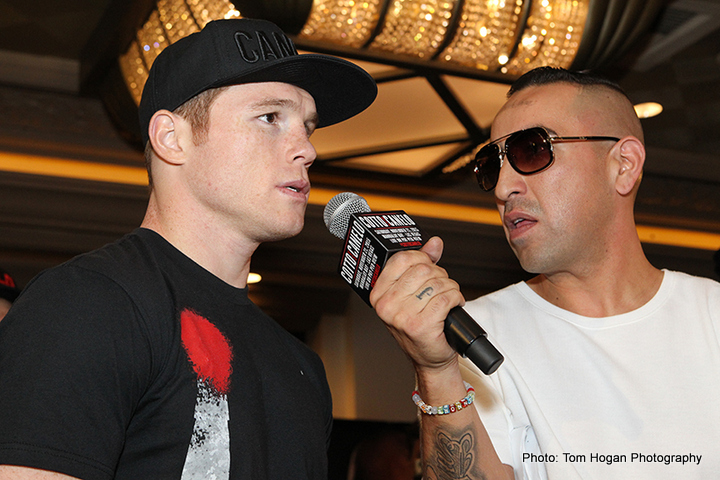 This will be another pay-per-view fight for the 25-year-old Canelo Alvarez, which means that Golden Boy will need to find someone that is appealing to the fans. Willie Monroe Jr. and Gabriel Rosado are the names in the spotlight. However, Golden Boy has David Lemieux as a possibility if they want to throw him back into the ring in another tough fight.

Lemieux was knocked out in the 8th round by Gennady Golovkin last October. It would tough on Lemieux to get back in the ring to face Canelo in his next fight rather than facing a beatable opponent in a confidence booster type of fight.

The decision will be up to Canelo in who he wants to fight next. Golden Boy will be meeting with the redheaded star next week to discuss opponents. The fight being on the Mexican holiday Cinco de Mayo on May 7th means that Golden Boy can pretty much put almost anyone in with Canelo, and the fight will likely do decent PPV numbers.

In the past, Canelo brought in over 300,000 PPV buys for a mismatch against the very slow Alfredo Angulo. If boxing fans were willing to purchase a mismatch like that at those kinds of numbers, then fans likely will not care if Golden Boy picks out Rosado or Monroe Jr. for Canelo to fight. You have to believe that one of those two fighters will ultimately be the opponent for Canelo, because those are fighters that were knocked out by Gennady Golovkin in 2013 and 2015.

Golovkin is the fighter that Canelo will need to face in September if he wants to keep his WBC middleweight title, as Golovkin is the WBC mandatory challenger to Canelo. It works well for Canelo if he faces Monroe or Rosado, so that he can show fans that he can KO one of them faster than Golovkin did. It helps build the Golovkin fight a little bit, because the HBO analysts will be sure to comment on the job that Canelo does on Rosado or Monroe in comparison to Golovkin.

“We have holds all over and we will see where we can make the best deal for Canelo’s fight,” Eric Gomez of Golden Boy Promotions said to ESPN.com. “But no site is locked in. They were very good to us at Mandalay Bay and we’d love to do another Canelo fight there.”