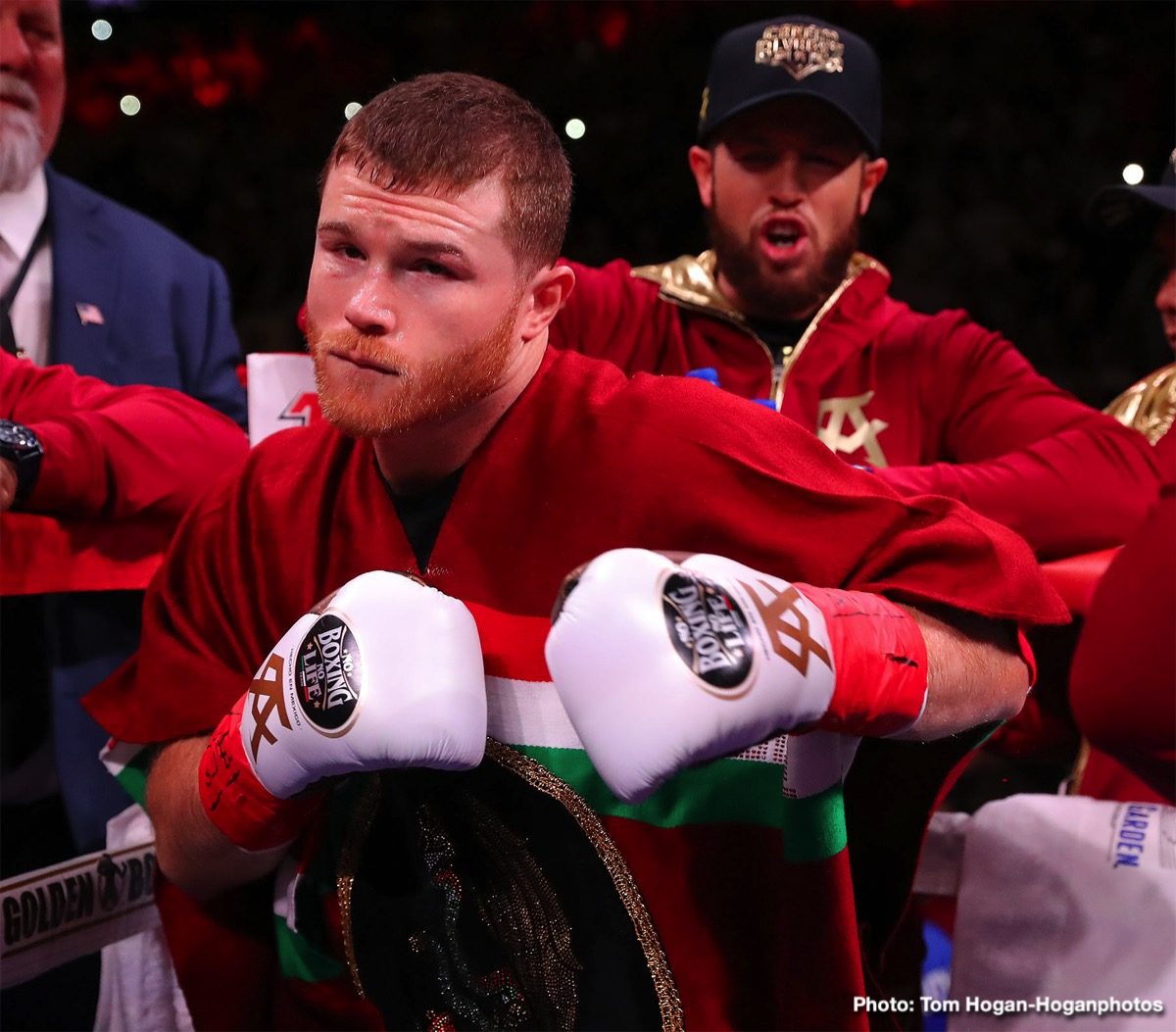 Oscar De La Hoya aims to make Canelo Alvarez, already the biggest star of the sport in the US and in Mexico, a “global superstar.” And the way to do it, Oscar says, is to have the middleweight champ fight all over the globe. So far, Canelo has boxed in only the US and Mexico, but the 28 year old could be heading to the UK next year for a fight.

As per a news story from The Daily Mail, plans are in place for Canelo to fight Callum Smith, the full WBA super-middleweight champ (Canelo won the secondary version of the belt with Saturday’s stoppage win over Rocky Fielding) at Wembley in the near future.

“Canelo is the biggest name in boxing and we are looking abroad to build him into a global superstar,” De La Hoya said.

While Eric Gomez of Golden Boy said the following:

“We are now very open to going to the UK, probably to fight Callum. Wembley would be huge for us.”

It would also be huge for Callum Smith and for UK fight fans. Could a Canelo-Smith fight fill the cavernous Wembley stadium? There are other plans in place for Canelo: his May 4th fight at The T-Mobile in Las Vegas and then, hopefully, De La Hoya says, a record-breaking fight at the enormous Azteca Stadium in Mexico City. Might Canelo have three fights next year?

If he does box in the UK, Canelo will join a list of all-time greats to have fought over here, including: Muhammad Ali, Sugar Ray Robinson, Thomas Hearns, Mike Tyson, George Foreman and, fellow countryman Marco Antonio Barrera. All of these great champions were given a genuine hero’s welcome when they fought here, even though most of them were facing a British challenger – and Canelo is certain to get the same treatment.

Let’s hope Golden Boy can make it happen. What a special night it really would be for British boxing. The great Julio Cesar Chavez was once close to agreeing to take a fight in the UK, but sadly it never happened. Canelo could make up for this.