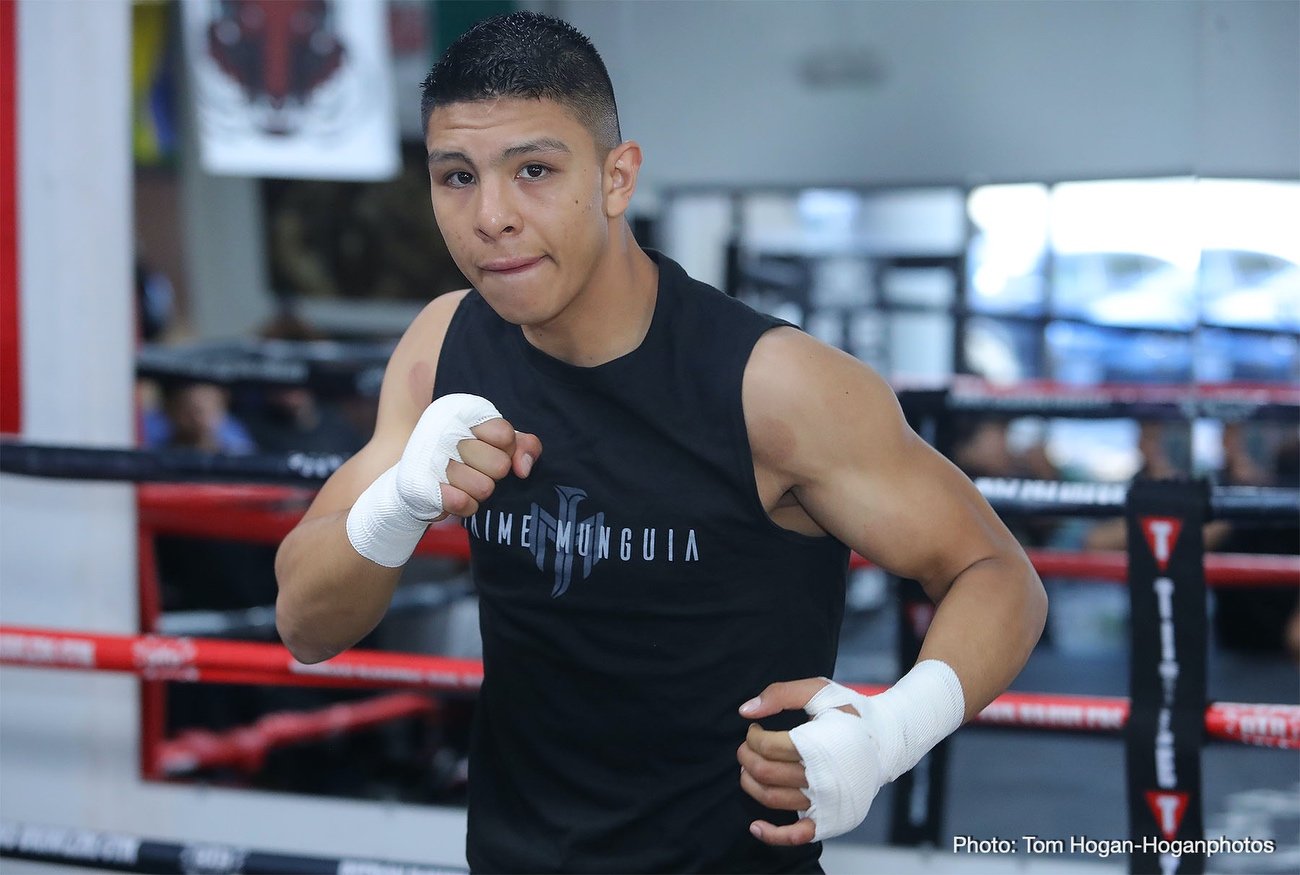 One of the most excitingly promising young fighters out there today, Mexican warrior Jaime Munguia, already a WBO champ at 154 pounds, feels he can become middleweight king. The 23 year old has his 160 pound debut on Saturday night, against a dangerous and motivated Gary “Spike” O’Sullivan, and Munguia, 34-0(27) says he feels stronger and far more comfortable as a middleweight.

Munguia-O’Sullivan will go down at The Alamodome in San Antonio and plenty of fans are expecting fireworks. Yes, a good number of fans feel Saturday’s clash might not be THAT exciting a fight; that in fact this is a sure-fire win for the man who is twelve years the younger fighter at age 23. And after all, in his biggest, most high-profile fight to date, O’Sullivan was crushed inside a round by David Lemieux. That was back in September of 2018. Since then, “Spike” has won two reasonably low key fights (last fighting ten months ago, so rust could be a factor), yet now, the 35 year old from Cork has another, even bigger opportunity.

And O’Sullivan can bang as much as he can go to war if given the chance. Might these two slug it out in the early going? Might Munguia, with his love of a war, give O’Sullivan some chances to get home with punches?

Munguia struggled mightily to make the 154 limit in his last couple of defences, and also struggled mightily to beat Denis Hogan in his last fight but one, emerging with a debatable majority decision, but he now looks for a new start up at 160 pounds. This one, a fight that has to be seen as a win for Munguia – he is younger, fresher, faster and he hits harder – could nonetheless be a thrilling slugfest encounter while it lasts. And during this, a traditionally very dry spell for boxing, Saturday’s fight could be well worth tuning in for.

O’Sullivan, 30-3(21) really has almost nothing to lose in this fight, and that, as fight fans know only too well, can make a fighter extremely dangerous. Again, there could be fireworks in this one, at least for a while.

Munguia is the pick to win here, somewhere around the half-way stage. But there could be some fierce trading seen before the heavy favourite gets the stoppage he is looking for. And then, can Munguia go on to face and defeat the elite of the middleweight division? There sure could be some awesome 160 pound match-ups involving Munguia in the future.