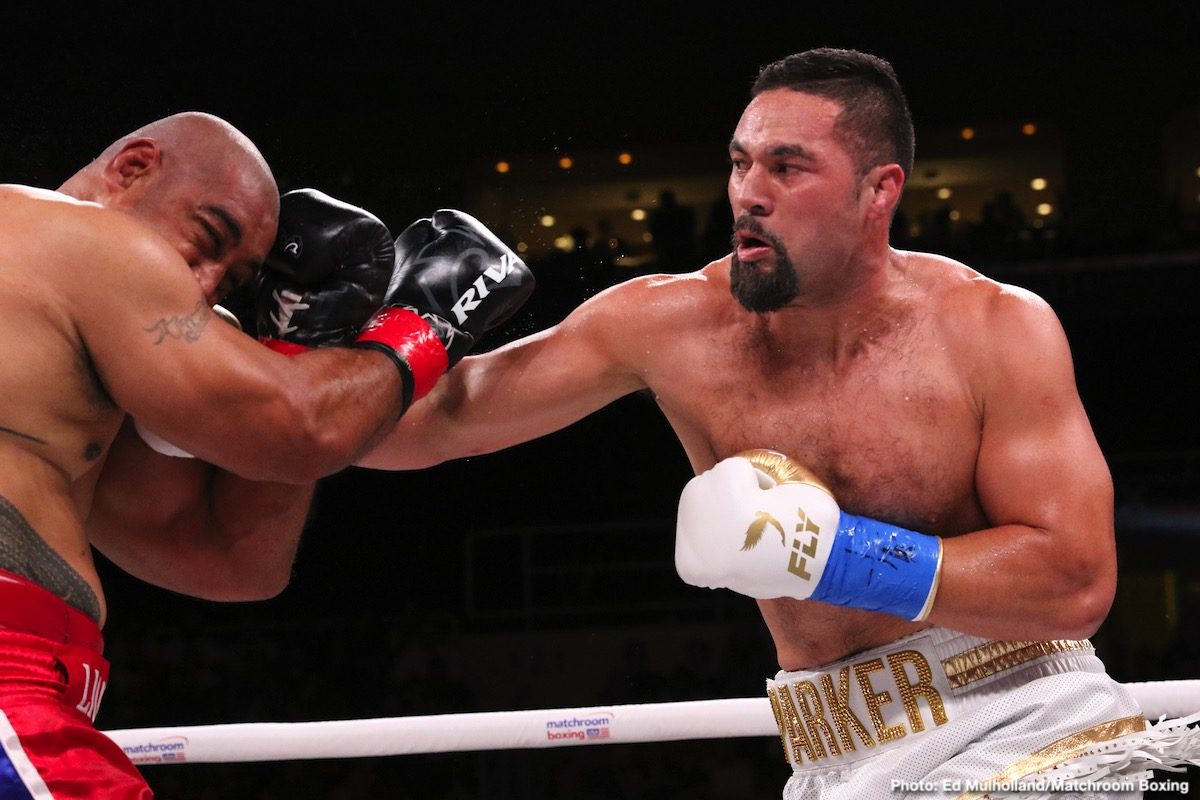 When former WBO heavyweight champ Joseph Parker signed a three-fight deal with promoter Eddie Hearn earlier this year the New Zealander was aiming to land a return fight with Anthony Joshua. But now, courtesy of that big upset that rocked the heavyweight division, Andy Ruiz is the man Parker is targeting. Ruiz of course stopped Joshua and took his WBA/IBF/WBO belts, and now Parker, who holds a decision win over Ruiz that today looks all the more impressive (Ruiz’ sole loss) wants to fight the new champ again.

Keeping busy is the plan for the 25-2(19) Parker and last night, in his first fight of this year and in the first fight in his deal with Hearn, Parker threw a ton of leather in dishing out a one-sided hammering to Alex Leapai, 32-8-4(26). Parker really did nail the incredibly tough 39 year old with everything, with only the rock of a chin and Leapai’s refusal to quit keeping him in the fight.

Finally, after having thrown over 500 punches, Parker got the stoppage in the tenth-round when the referee saved Leapai from even further punishment. It will be interesting to see who Parker fights next, but he does want that rematch with Ruiz. Ruiz says he wants it too, so as to be able to get revenge for the sole loss of his career. Ruiz believes he won the fight in New Zealand back in late 2016 and Parker says he’d like to settle the score.

“I want to take any fight that comes my way, and I really want to stay busy,” a victorious Parker said last night. “I would fight Andy Ruiz. I know that he thinks he won that fight. Big ups to him for winning his fight against AJ, but if he wanted to settle his score, I’d do it.”

Parker also added that the goal now is for him to win by KO or stoppage each time he fights. Very much in the big picture at title level, it would not be a shock if Parker managed to regain a belt, maybe won a couple, if he’s afforded the opportunity. Fast, active in each round and always in great shape, 27 year old Parker was deemed unlucky to have lost that decision to Dillian Whyte back in December. A return between these two would also be most welcome.