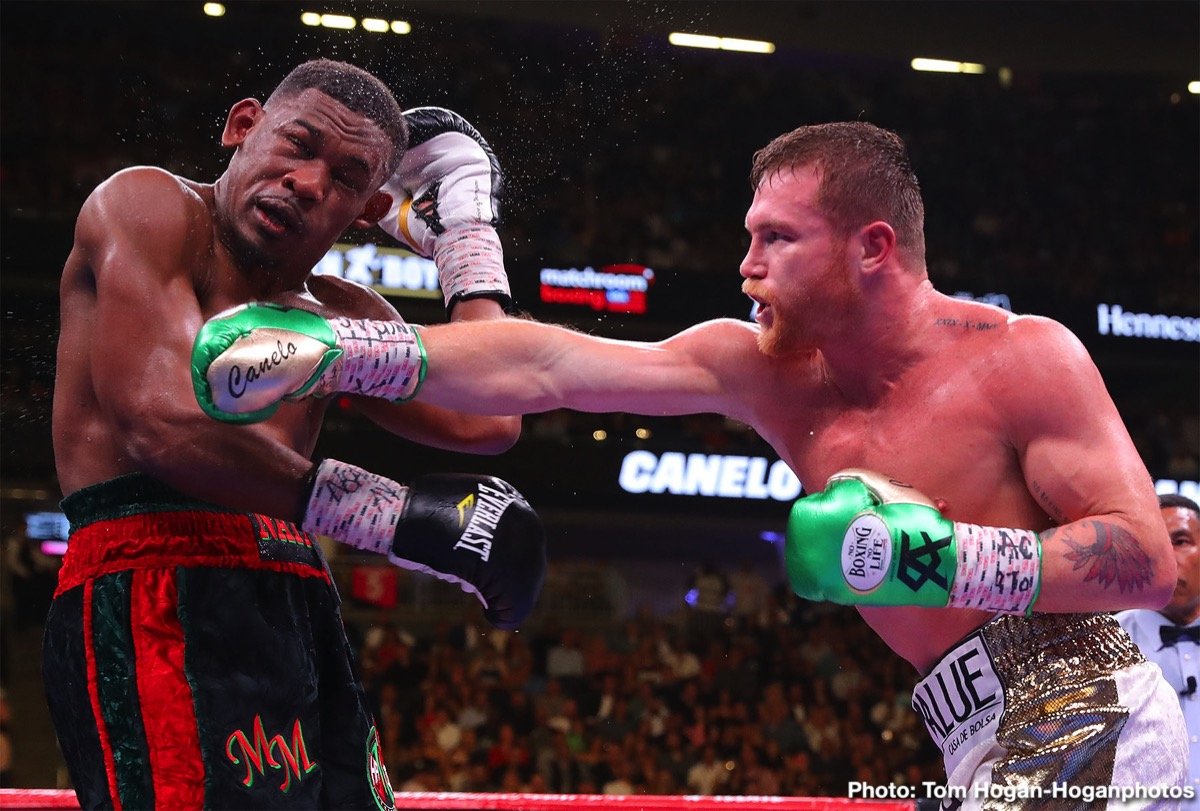 Nothing is in any way official yet, but there seems to be a good to very good chance Mexican superstar Canelo Alvarez will try his hand up at light-heavyweight in his next fight, scheduled for September 14th. And it seems Russian “Krusher” Sergey Kovalev is the intended target. According to Chris Mannix of Sports Illustrated, “multiple sources” say there is “significant momentum” for Canelo to fight Kovalev in September (Bad Left Hook picked up on the story).

Some people remain sceptical, stating how it would be too risky a fight for the middleweight who has just been promoted to “franchise champion” by the WBC. Yet others suggest the fight, one that has been carefully looked at by Team-Canelo, is a winnable bout for the 28 year old (who turns 29 next month).

Canelo doesn’t seem to be as interested in a third rumble with Gennady Golovkin as we fans are interested in seeing it (read desperate to see part-III of this rivalry), instead looking at moving up; either to 168 a second time (his easy win over Rocky Fielding saw Canelo pick up yet another strap) or to 175. Callum Smith is the super-middleweight Canelo has talked about perhaps fighting, while Kovalev is the light-heavyweight.

It could prove to be smart and shrewd match-making of the part of Golden Boy if Canelo did fight Kovalev. Maybe. Kovalev is getting on in years at age 36, and though he was a monster puncher in his younger days, he is more boxer and technician now, coached as he is by Buddy McGirt. And at 6.0” on the nose, Kovalev is not that much taller than the 5’8” Canelo. In terms of reach there is not too much in it at a shade over 72” for Kovalev and a listed 70.5” for Canelo.

Quite interestingly, Canelo would in fact be facing a bigger man, height and reach-wise, if he fought the unbeaten Smith at 168.

But suppose Canelo does fight Kovalev, fights him and beats him (perhaps with a body attack, not too unlike the one Andre Ward used when stopping the Russian) – will it prove to be a one-shot deal or will Canelo stick around at 175? Who knows just what Canelo’s short-term and long-term goals really are.

And if GGG does not get that third fight with Canelo, just where will he go next?