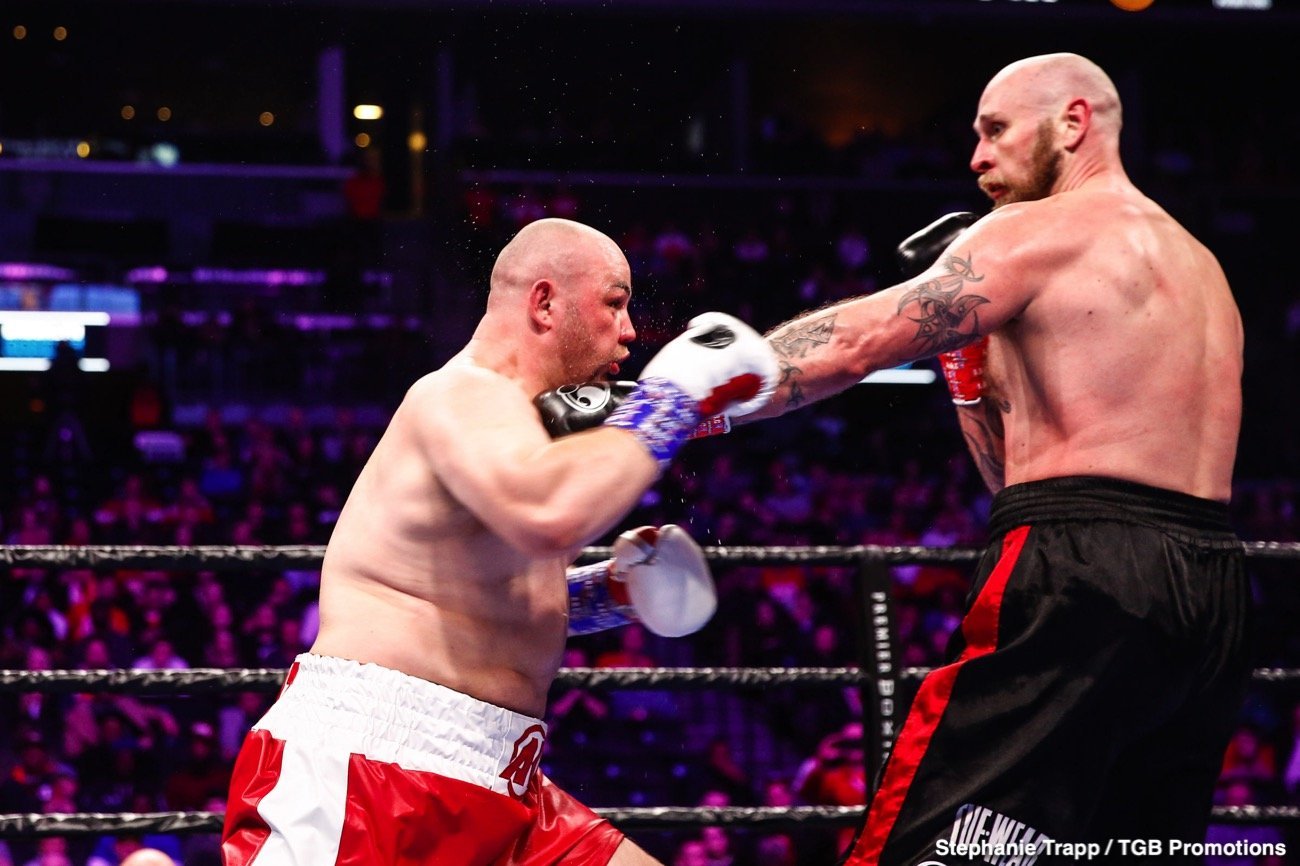 This year will not just see the return of Andy Ruiz, Chris Arreola, and (maybe) Deontay Wilder. Adam Kownacki, last seen being upset by Finn veteran Robert Helenius, this over a year ago, Kownacki at the time positioning himself handsomely in terms of getting a shot at one of the big guys (Wilder, then WBC heavyweight champ, being one of them) is another big-name heavyweight on the comeback trail. Some 13 months on from the Helenius disaster, Kownacki is plotting his return.

Speaking with SBNation, the 32-year-old Polish warrior with the 20-1(15) record says his priority is a revenge win over Helenius, but that after that, he will pretty much be accommodating to the idea of getting in there with anyone.

One fight that interests “Baby Face” is a rumble with the man who is seemingly calling out just about everyone right now, Dillian Whyte. Kownacki told SBNation that a fight between he and the British banger “could go down in history, like a Gatti-Ward sort of slugfest.”

The three 140 pound wars Gatti and Ward thrilled the world with will stand alone, yet there is no resisting the temptation to believe a Whyte-Kownacki fight would prove to be something special. Both men, as Kownacki says, “throw bombs.”

“Dillian Whyte is a good dude, man,” Kownacki told Lewis Watson. “That fight would be a brawl. I trained with Whyte in one of Wladimir Klitschko’s camps, so I know him well. We are both ambitious guys, so it’ll come down to who deserves it the most. Dillian throws bombs and comes to fight. He’s trying to take you out with every shot. This could go down in history, like a Gatti-Ward sort of slugfest. We both want title shots, so if we have to fight each other, then so be it.”

There are a number of intriguing heavyweight match-ups that can be made this year, all of them seemingly guaranteed explosions. Be it Whyte-Wilder, Whyte-Kownacki, or Helenius-Kownacki II. Sign me up for either one! We’re all awaiting the big one, between Tyson Fury and Anthony Joshua, but it could be that the warriors a few rungs below the top two wind up thrilling us all with the best heavyweight action fights this year.