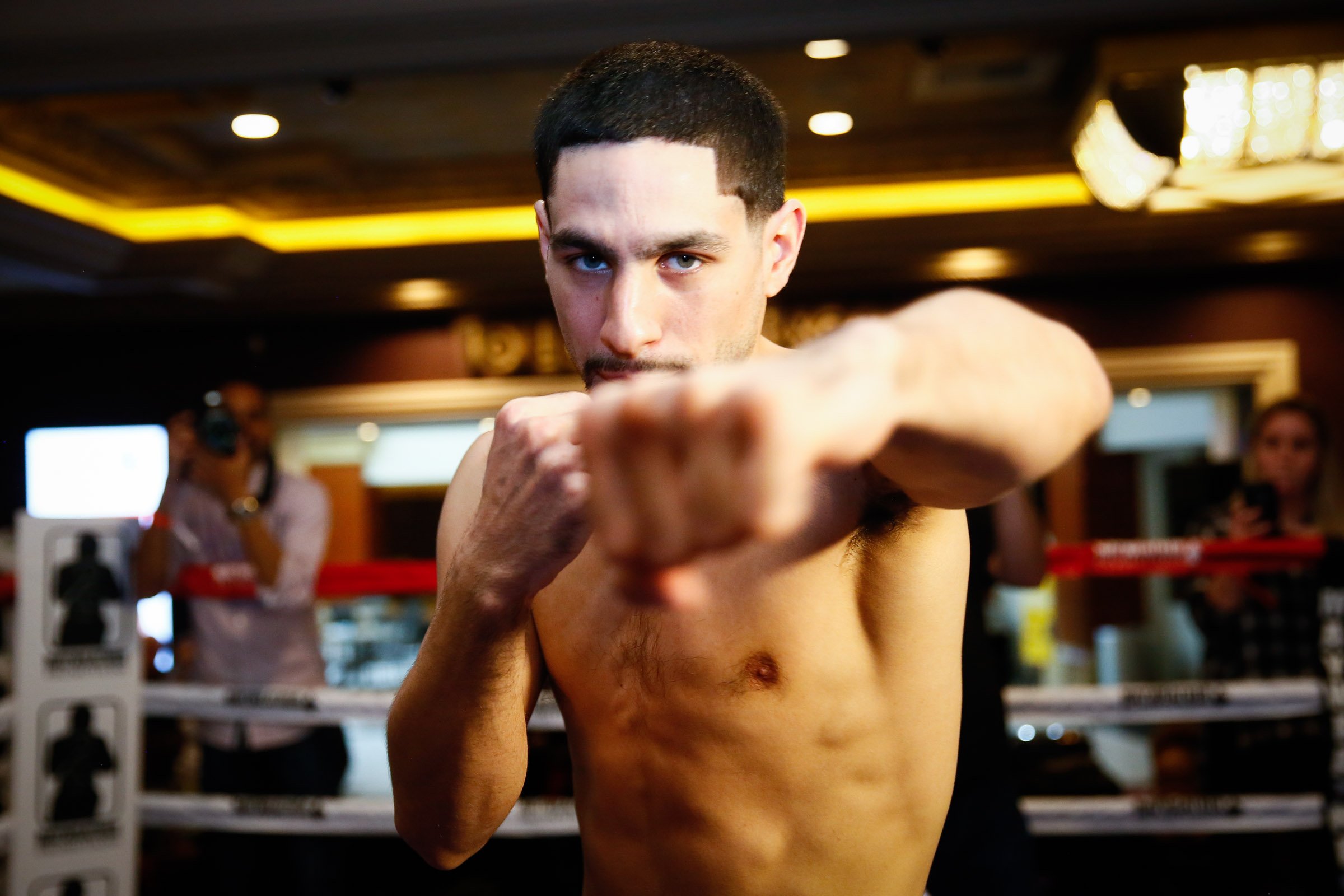 In the co-main event, undefeated WBC Super Middleweight World Champion David Benavidez and top-rated contender Ronald Gavril meet in a rematch of their thrilling September 2017 bout in which Benavidez won the vacant title by split decision.

Here is what the fighters had to say from House of Blues at Mandalay Bay in Las Vegas on Wednesday: 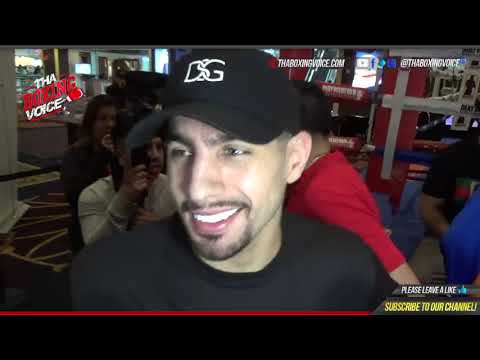 “I’m just hungry for this fight. At the end of the day I have the passion for boxing, and I love the competition. That’s what motivates me and that’s what has motivated me to get back in there and get back on top. It all starts on Saturday night.

“It’s great to be back here in Vegas. This is a big-fight atmosphere and it just motivates me. I feel good and I can’t wait to go in there and fight.

“I try to knock everyone out in the first round. I’ll go and get that check. Twelve rounds or less. I’d like to get it done in under eight or six. But if not I’ll go 12 rounds. I have a great team and I’ve been training hard. 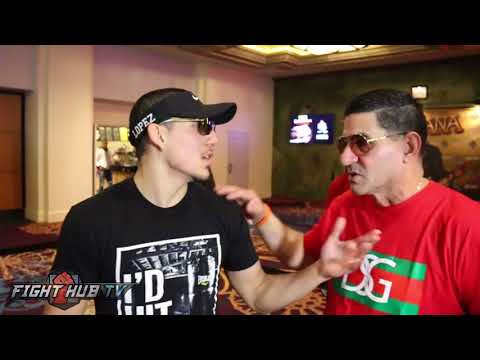 “I don’t blame Keith Thurman for not wanting to fight me again. I wouldn’t want to fight me two times in row. My journey and my superstardom start again on Saturday night. My job then is to show the work and that I’m still one of the superstars of this sport.

“I’m 29 years old and in the prime of my career. It starts now. I’m ready to get back on track.

“He likes to bang…let’s do it. I feel like I’m the stronger man and there’s no need to back up. If that’s what it takes to get the job done.” 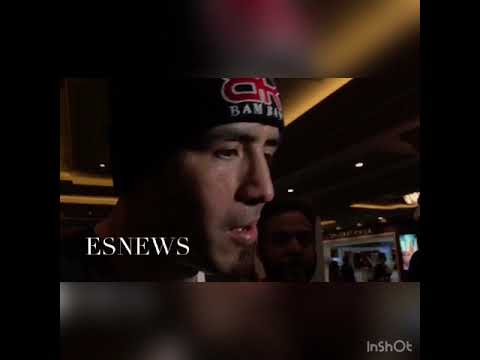 “I’m ready. I’ve been training really hard and I’m focused and dedicated to the boxing game. In the past I was immature and just being a kid and being a dork and just going with heart and balls – that’s what I was doing it with. But now I want to get back to the top and I know what it takes to get there.

“I don’t care what the critics say because at the end of the day that’s what they are, just critics. It’s all good. I can tell you right now I’m in shape. I’m on weight already.

“Everyone knows the way I fight. Going all out is my style. I’ll walk through brick walls to get the victory. Everyone will see on Saturday night the new and improved Bam Bam.

“Think about why I looked like [crap] after my last fight. I’ve been through wars after wars and wars in my previous fights, and that takes a toll on your body. It happens. And I realized it and I took a step back and I wasn’t doing it right with dieting and training. I was doing it with heart and balls.

“Now I feel rejuvenated and fresh. So you will see the new and improved Brandon. I feel young and not war-shot, or whatever you guys want to call it. I want to go out there and prove everyone wrong. I’m going to prove every one of you wrong. There’s going to be a smile on my face when I win this fight and I will put up my middle finger to all of you.

“Danny’s a strong fighter and he has power in both hands. He’s a great counter-puncher. One thing I like is he doesn’t move or run, he likes to bang it out, and that suits my style better. But if he does run, we’ll be ready for that too. I sparred with young guys, so I’m ready. 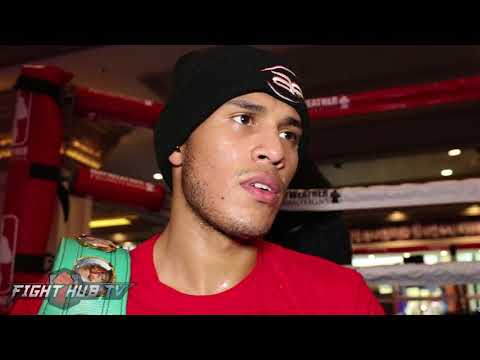 “The preparation we had for this camp was amazing. Three months in training camp, we made a lot of changes for this fight and we’re ready to go in there and take care of business.

“Winning the title changed my confidence but it changed my work too. Now I know everybody is gunning for my title and I don’t want to let it go. All the work and sacrifice it took for me to get this – I’m not going to let it go.

“I feel very strong. The weight is good. I feel amazing and you guys are going to see it come Saturday.

“I don’t think Gavril can do any better than he did in the last fight. He’s a one trick pony and he doesn’t have many tricks left, he’s getting old. We’ve been working on a lot of different styles for this fight and I feel more than ready.

“I’m very motivated. I stayed very dedicated to this training camp. I’m ready to go in there and play no games. I’m going to do what I say and I’m going to knock Gavril out.

“I feel I could have done better in the first fight. Having everybody tell me Gavril should have won and him talking a lot of smack, it’s the motivation and drive that I needed to train the way I did in this camp.

“The sickness during the first fight took a lot out of me but my mentality is that I’m a warrior and I’m always going to push through it no matter what. This time, we didn’t have any injuries or sickness so I can’t wait to put on a show on Saturday.

“This is the first time I’ve really had a chip on my shoulder. All the hard work it took for me to get this belt, and people say it was just given to me? No way, I’m going to go in there and show why I’m the youngest champion in the super middleweight division.

“I want to become the best in the division. I want to earn every victory and fight the best. I would love to fight the World Boxing Super Series winner. I’ll be ready for anybody. I worked so hard to get this, nobody can take it from me.

“I’m thinking it will be a knockout around Round 5. It’s going to be a combination of the body and chin. It’s not really looking for the knockout, it’s just setting it up. I’m not going in just throwing haymakers, but I’ll set it up and if it comes, it will come in spectacular fashion.” 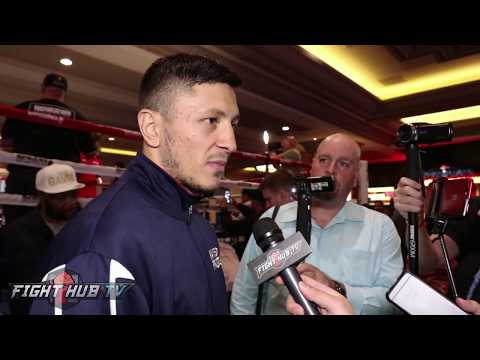 “I trained a little bit different this time. I had way more time than the first fight to prepare. Last time was four weeks, this time I had a full 10 weeks. I have done a lot of rounds of sparring and a lot of work related to this fight.

“I learn after every fight. From the first fight against Benavidez, I learned even more because it was a tough, tight fight.

“His people tried to make him a superstar before he fought me. I don’t know what people said after the first fight, but they should wait until after the rematch. I’m the stronger fighter.

“I’m not looking for a knockout. I’m looking to win every round. But I also don’t want to leave it in the judges’ hands like last time, so we’ll see what happens Saturday.

“I’m ready to win. It would be a dream come true. This is why I came here to America from Romania.” 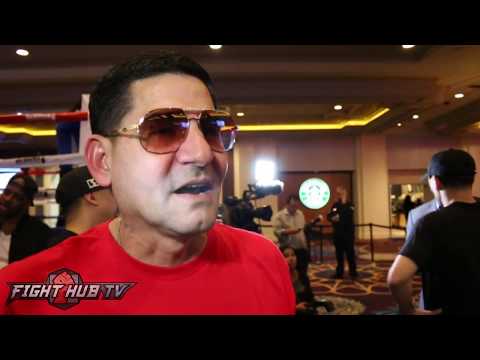 “We are both good fighters. But I am ready to put on the fight of the night for the fans and I will be victorious.

“I’m more than ready to get back in the ring. I know what’s at stake. This is a title eliminator and it is the biggest fight of my career. I’m ready to get even better and show the world that I’m ready to be at that top tier of boxing.

“Because of the intensity of this fight, I think it has the potential to be the fight of the night. This is going to shine over all the other fights.” 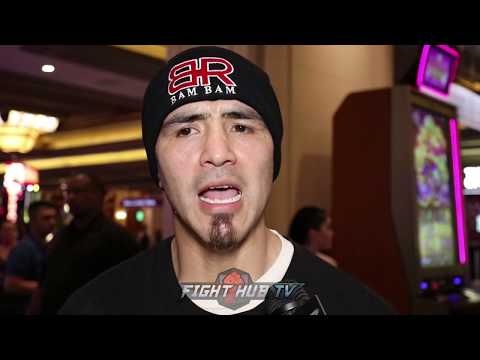 “Training camp was perfect. My team did everything to prepare me for this fight. I dotted every ‘I’ and crossed every ‘T’ for this fight. This was one of the best camps I’ve had and I’m excited to get in the ring on Saturday.

“This is the type of fight that I roll out of bed for. You get tired of fighting regular guys. I’m an old school fighter – I love fighting guys that look good on paper and nobody knows who’s going to win and it’s up to his camp and my camp. I haven’t been this excited for a fight in a long time.

“I’m an old school fighter. I’ll fight people in their grandma’s back yard if I have to. It doesn’t matter who I’m fighting. I’ll just do it Kimbo Slice-style. Once we conquer Saturday, we are supposed to fight Errol Spence and even if that doesn’t happen, we’re looking for a world title. Errol Spence, (Keith) Thurman, I’m ready to rock.

“Every time we put the gloves on, we want to do something special. Especially with this fight being on SHOWTIME, we just made sure we prepared the right way. But it doesn’t matter if it’s on TV or not, we still have to put on a good fight.

“Each fight that I have is a stepping stone in my career. This is no different just because it’s in Vegas. I’m not going to put too much pressure on myself and blow this up and make it bigger than what it needs to me. Vegas, the crowds, the lights – that’s all cool and dandy but at the end of the day I still have to do my job.”