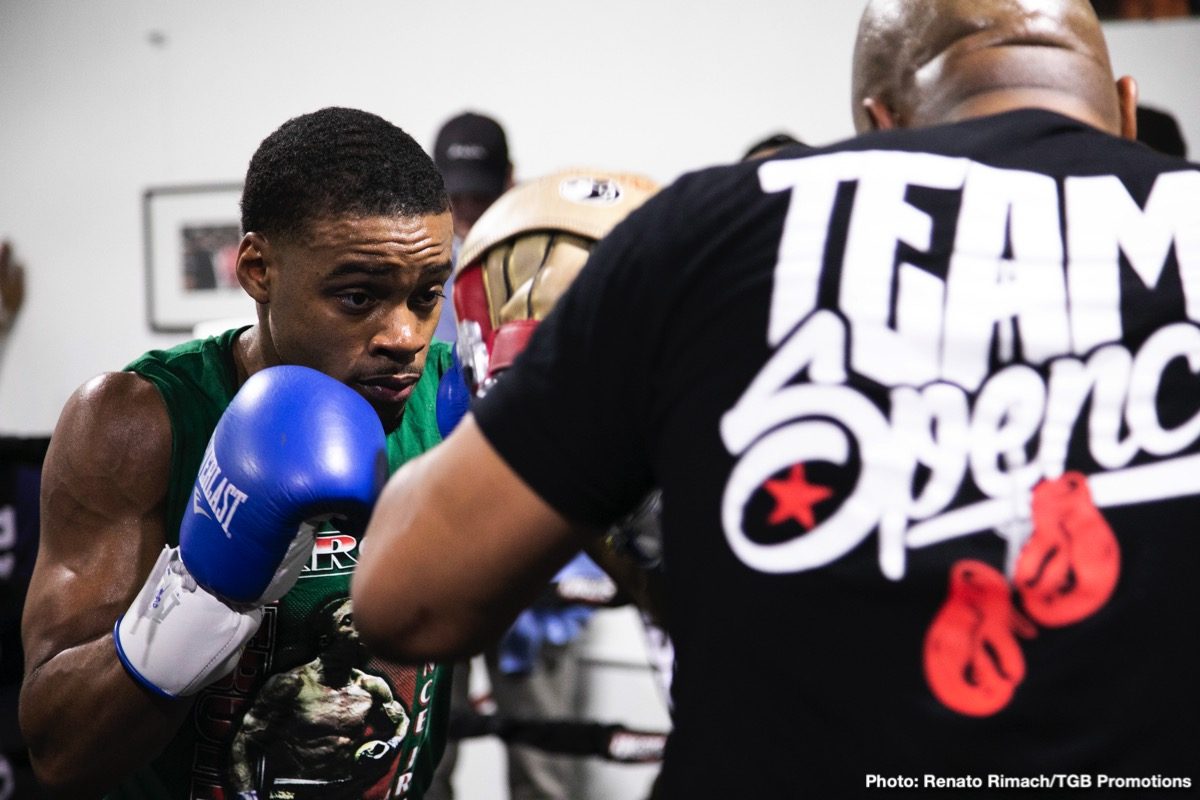 All-time great Bernard Hopkins, a man who knows all about going up through the weights and overcoming bigger opponents, is expecting a tough and close fight on Saturday night when IBF welterweight champ Errol Spence defends his belt against former featherweight/super-featherweight/lightweight/light-welterweight champ Mikey Garcia. Hopkins, in speaking with RingTV.com, said he is picking Spence to win, just about.

It seems most fight fans feel Spence will be just too big, too strong and too powerful for Garcia, yet Hopkins says absolutely nobody should make the mistake of thinking this is an easy fight for Spence, 24-0(21). Hopkins, who ruled the world at both middleweight and light-heavyweight, says the 39-0(30) Garcia has the experience to be able to beat – not upset – but beat Spence.

“This is a match where both guys have so many weapons that they can use,” Hopkins said. “I think Spence has the slight edge, but he won’t necessarily be the winner. I think this will be one of Spence’s toughest fights and it will show whether or not he can reach superstardom, and the same goes vice versa. Garcia has experience; he has been to the dance many times before and that’s important. Garcia has all the tools to beat – not upset – beat Errol Spence. In terms of styles, he has what it takes to win this fight, without ‘upset’ even being mentioned.”

So what will the final result be? The cerebral Hopkins, who has quite obviously given this fight a whole lot of thought, sees a split decision win for………Spence. And B-Hop suggests we could be seeing these two unbeaten fighters hooking up for a second fight somewhere down the road.

“It’s very close, and I think they’ll do it again, but I believe Spence wins this one by split decision.”

Who am I to disagree, and strongly, with one of the smartest, most intelligent boxers of the last half-century or so, but is it possible Hopkins is wrong for once? Spence by late-rounds stoppage is the pick here. We’ll soon see.