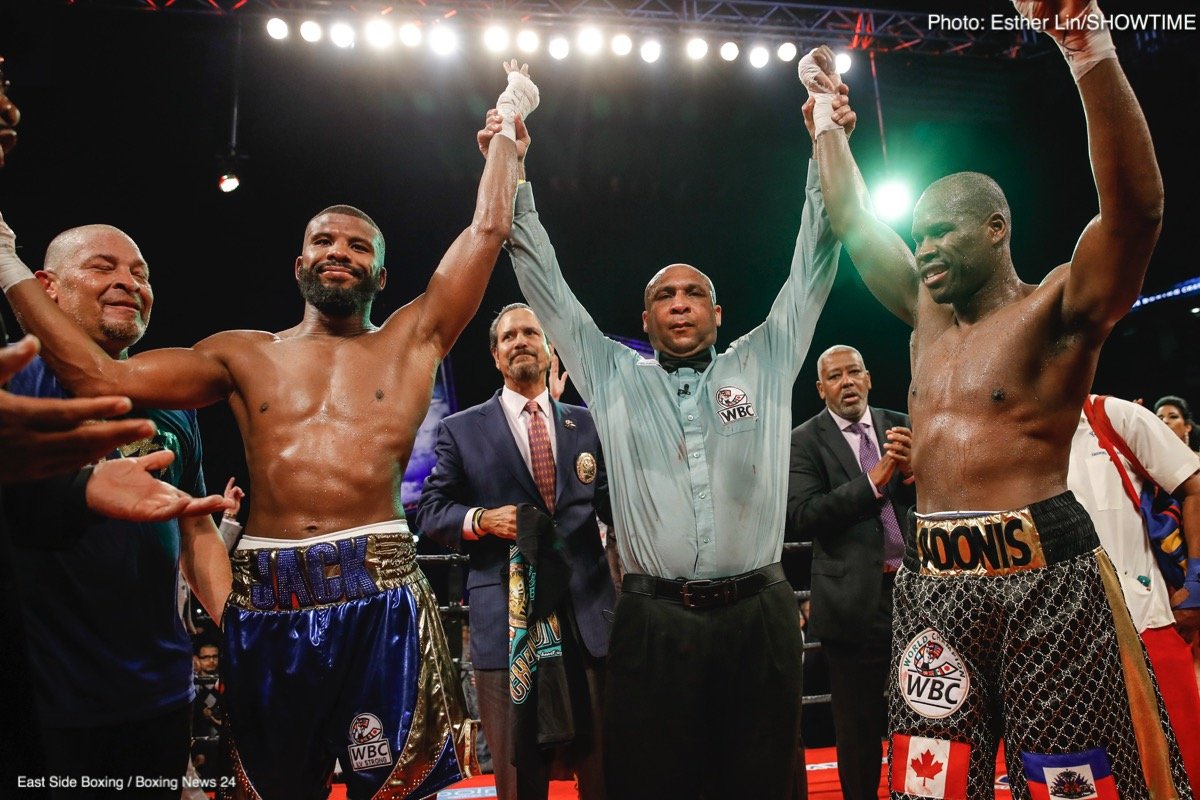 Badou Jack now has three draws on his pro record – yet to the fighter himself and to many fight fans all three draws should really be wins for the warrior from Sweden. Last night, In his terrific FOTY candidate with defending WBC light-heavyweight king Adonis Stevenson it happened again.

Jack, who has also been held to a draw by James DeGale and Marco Antonio Periban, both fights taking place down at super-middle, felt he had definitely done enough to have beaten Stevenson and more than quite a few agree with him. A disappointed Jack spoke to the media after his latest, arguably biggest let down, and he said that while he just doesn’t know why he “can’t get a decision,” he suggested it could be down to who his promoter is – all time great Floyd Mayweather. “Maybe they (presumably the scoring officials) are jealous of Floyd,” Jack said.

Could there be anything to this notion? Some will say no, of course not; with plenty of other people saying Jack has in fact never been robbed – and the DeGale battle sure was close and ultra-competitive, as was last night’s great fight.

But Jack certainly has the right to feel aggrieved and maybe it is understandable he is looking for an answer when it comes to his bad luck on the cards, as in the score-cards. But would anyone really want to hurt Jack simply to get at Floyd? It does seem a stretch. Still, with Mayweather by his side, Jack should be able to get the rematch with Stevenson.

With his power and influence, Mayweather should have a good shot at getting the return fight done and sooner rather than later. Jack deserves it, as do his fans. Was Jack robbed last night? Was he robbed in his other two drawn fights? That is debatable of course, but the anger and the dissatisfaction of the light-heavyweight contender is more than understandable.

Jack never got the opportunity to avenge or wipe out his two previous draws – this should not be the case here. If it does prove to be the case then Jack really will be a disgruntled man. And he’ll have every right to be so. Let’s get the sequel on, Floyd!