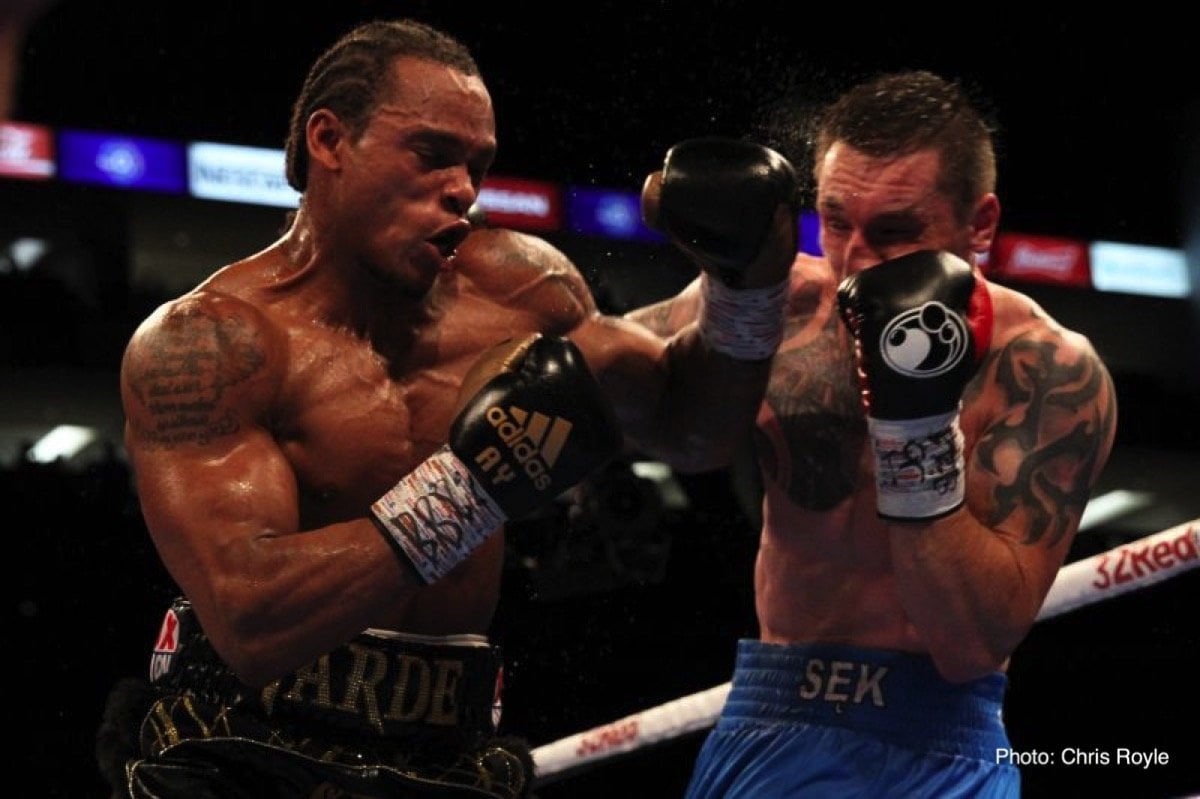 One of the heaviest hitters in the light heavyweight division, Anthony Yarde, will play the role of headliner on Saturday when he defends the WBO Intercontinental title against Walter Gabriel Sequeira at the Brentwood Centre in Brentwood, England. Yarde-Sequeira highlights a stacked card of boxing that will stream live in the United States beginning at 2:30 p.m. ET on ESPN + — the new multi-sport, direct-to-consumer subscription streaming service from The Walt Disney Company’s Direct-to-Consumer & International segment in conjunction with ESPN.

“I could fight for a world title and win it, but it is about getting to that stage and staying there,” Yarde said. “I had 12 amateur fights and just 16 professional fights, so I am inexperienced. I want 10 years in boxing and I have been professional for three years, so with seven years left, there is no rush.”

In one of the co-feature bouts, former world title challenger Gary Corcoran (18-2, 8 KOs) will battle Johnny Garton (22-1-1, 9 KOs) for the vacant British welterweight title. Corcoran, who fought then-champion Jeff Horn for the WBO welterweight title in December of last year (losing via 11th-round TKO), rebounded with a fifth-round knockout over Victor Ray Ankrah on June 30. Garton, meanwhile, is unbeaten in his last 12 fights.

Popular British middleweight “Smokin” Joe Mullender (10-2, 4 KOs) will return to action after nearly one year away from the ring.

Yarde (16-0, 15 KOs) has not gone the distance since his second pro fight and has 10 knockouts in the first or second round during his 14-bout knockout streak. A native of the Hackney borough of London, Yarde captured the WBO European light heavyweight crown in July 2017 with a first-round TKO against Richard Baranyi. He has a pair of seventh-round knockout wins in 2018, and in June, he became the first man to stop Dariusz Sek as a pro. Sequeira (21-4, 15 KOs) is riding a four-bout winning streak and has only been knocked out once as a professional.

Debut making middleweight Caoimhin Agyarko firmly believes he has made the right decision in removing himself from the home comforts of Belfast and swapping it for the leafy environs of Bromley in order to properly kickstart his professional career, which gets underway at the Brentwood Centre on Saturday.

The 21-year-old – who was born in Croydon and is currently residing with family in South Norwood – learned his craft at the Holy Trinity Boxing Club in his home city, but is now being tutored in the professional arts by respected trainer Alan Smith at the thriving iBox Gym in the former Kentish town.

“My plan was always to move away from Belfast once I turned professional, or was seeking to turn pro,” explained Caoimhin, which is pronounced Kee-van . “I think over here there is more sparring, coaching and stuff, so I wanted to get away and get a better opportunity than I would just staying in Belfast.

“I will still be living in Belfast though because I will just be based in Bromley for camps,” he added, before agreeing that working away from home at such a tender age will only increase his mental resolve.

“That is it because nothing in life comes easy and, if you want to do great things, you have to take yourself out of your comfort zone. I always knew from a young age that I would want to get away to make sure there would be no distractions, not that there would be.

“I think taking myself away to London for camps for six to eight weeks at a time will test me mentally and I will be able to focus better and put in the work more than I would back home.

“I do have family here – cousins and my dad – so it is not as hard as people imagine for me.”

It was a guest appearance for the World Series Boxing team, Italia Thunder, that propelled Caoimhin towards taking the professional plunge. Even though the Italians lost the tie 3-2, a fourth round stoppage of Hong Sik Kee Clement set tongues wagging and the Belfast boy ended his amateur tenure in style.

“I had roughly 130-140 amateur fights including all my internationals. To me, my amateur time was not unbelievable, but I had a good amateur career. I won six national titles, including a senior title, which is like winning the ABAs. I won the Ulster Seniors when I was 17 and I have boxed for Ireland 30-40 times, going to the worlds and Europeans.

Canelo vs. Saunders - The first face off

“My last amateur bout was for the Italia Thunder in the WSB, where I had an unbelievable fight and put on a good performance. I think that fight got me the recognition that I needed.

“I’ve been kept busy for being only 21 and I had a great amateur experience, fighting all over the world and testing myself at elite level.”

Caoimhin suggested that he will bring a bit of everything to the professional ranks and insists that he is much more than just a big punch.

“A lot of people think because I am small and stocky and look big, that I am just a big puncher. It is not the case, I’ve a great boxing brain, I think, and I am good with my footwork and being able to adapt in fights.

“It just depends, everyone has their own style and I would say I am an aggressive counter puncher. I go forward and back and it just depends who my opponent is on the night.

“I have fast hands and I have power. I have a bit of everything and that is why coming to Al was such an easy decision for me because he is such a good coach and I wanted someone who can improve me.

“I know how good I am or how good I can be, but obviously you can always improve and that is what I am looking to do.”
Anthony Yarde will be headlining the Brentwood Centre on October 20th when he faces Argentinian Walter Gabriel Sequeira. World title challenger Gary Corcoran and Johnny Garton will contest the vacant British welterweight title. Zak Chelli and Umar Sadiq will both be putting their young, undefeated records on the line in a super-middleweight contest. Heavyweight Nathan Gorman will also feature along with IBF European Middleweight Champion Joe Mullender on the show televised live on BT Sport.

Remaining tickets are available at the Brentwood Centre box office or via calling the Queensberry Promotions Box Office on 01992845710.