Anthony Joshua doesn’t understand why Tyson Fury is receiving so much fawning praise from boxing fans over his boxing skills and his resume. Joshua (23-1, 21 KOs) sees Fury as having minimal experience against quality opposition, and he’s not overly impressed with his rudimentary skills.

As far as Joshua is concerned, all Fury does is use feints and moves around the ring. If you take those things away from Fury, there’s not much left. Other than a 6’9″ fighter that stands straight up like a stork, and brains his opponents with rabbit punches.

What Joshua is noticing is all the casual boxing fans smothering Fury with love and christening him the #1 heavyweight in the world due to his wins over Otto Wallin, Wladimir Klitschko, Deontay Wilder, and Dereck Chisora.

Fury getting too much praise from the fans

Joshua will have a chance to expose Fury as being a hype job when they fight next year twice. By the time those two fights are complete, we’ll have a clearer picture of how good Fury is or isn’t.

Fury has been very lucky so far with him getting this far. Most boxing fans agree that he should have been knocked out in his first fight with Wilder in the 12th.

Further, Fury’s fight with Wallin should have been stopped as well after he suffered a bad cut. Was it favoritism that allowed Fury to keep fighting when most other battles would have been halted if a fighter sustained a similar injury?

Wladimir could have beaten Fury if he’d listened to his coach Jonathan Banks and brother Vitali Klitschko and followed their instructions when they told him to let his hands go. As it was, Fury just barely beat Wladimir. Just think of what would have happened if Wladimir had opened up with his heavy artillery and went after Fury. 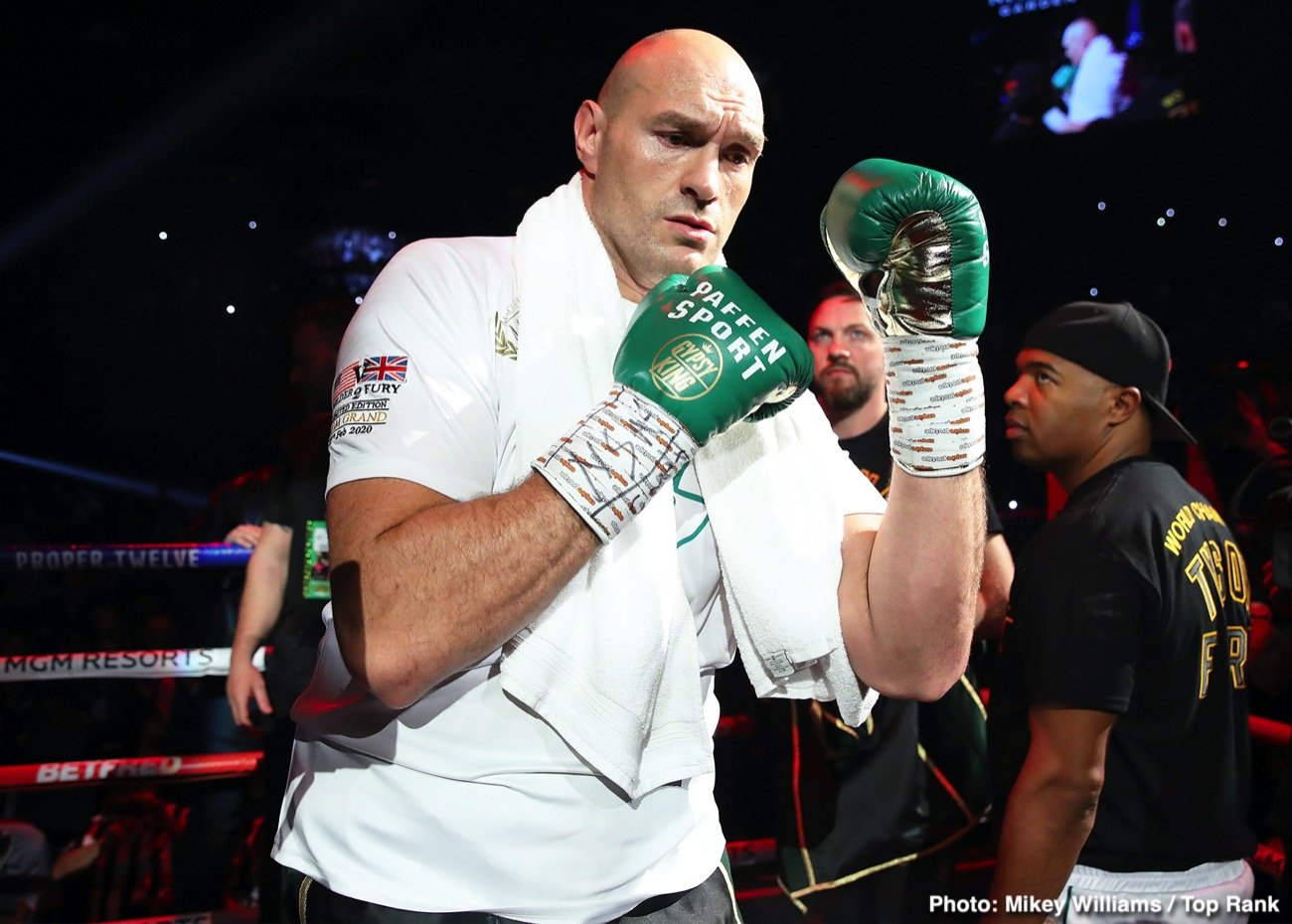 “If the sport is lacking so much talent then all you need is feints and movement to be classed as a great of this generation,” said Joshua.

Sadly, the sport has deteriorated to the level where boxing fans are impressed with Fury’s simple feints and ring movement. People get overly excited about different fighters when they pick up a good win or two.

The next thing you know it, fans are calling the fighter the ‘greatest of all time’ although they’ve only beaten one or two notable guys.

AJ’s inside game will give Fury nightmares

Joshua has the power, inside game, and the talent to beat Fury next year. There’s a lot of time for Joshua to study Fury’s fights and come up with a good game plan to expose him.

When that happens, the fans will be jumping overboard from Team Fury like rats fleeing a sinking ship. That’s the way fans are. They’ll back a fighter while he’s doing well, and then abandon him completely one he starts getting beaten.

“With hard work, motivation, and studying you can overcome that. But resume? It’s taken him a long time to grow,” said Joshua in pointing out that Fury’s record is paper-thin when it comes to quality opposition.

“He hasn’t been in the deep end for long enough to show me that he can swim there for a long time. You have to continually prove that you belong there. You don’t just come there once or twice, said Joshua on Fury.

Tyson Fury hasn’t been in more than a couple of grueling fights during his career in which he had to dig deep to win. Those were the Wilder and Otto Wallin clashes, and he could have lost both of those fights.