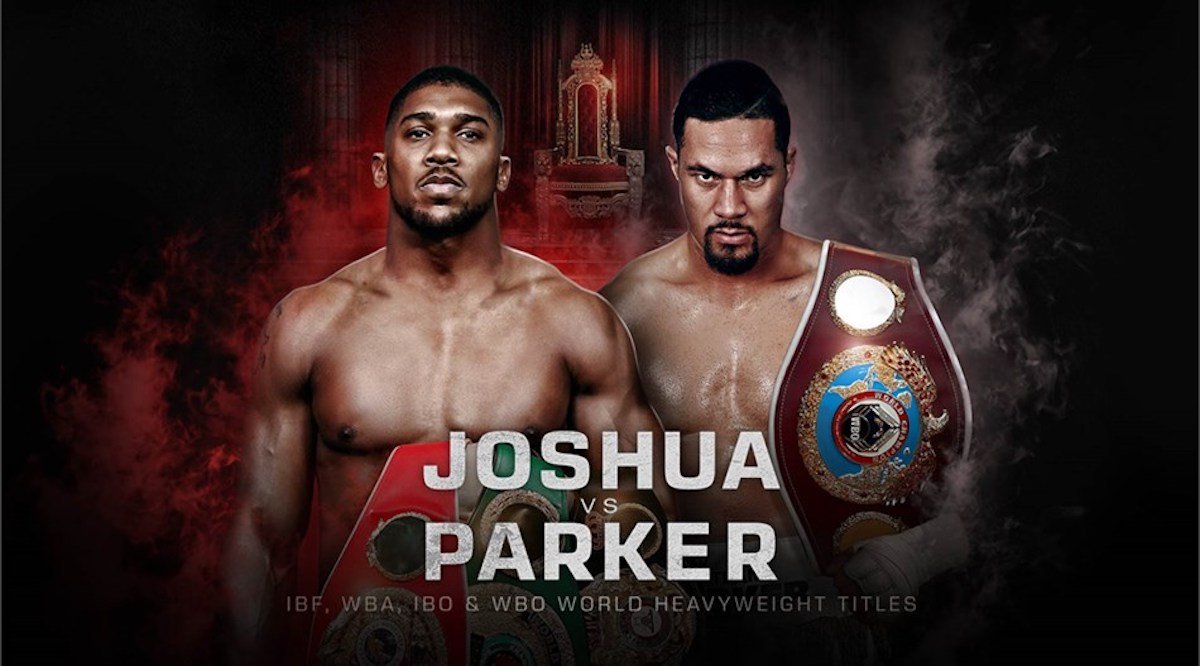 By Maverick Fantana: The world needs a strong Great Britain to show it the leading way in things such as stiff upper lips, how to work as a nation when it snows, and how to raise our boys to become real men, such as myself and also Anthony Joshua. We recently witnessed WBC title holder and non-Brit Deontay Wilder get a V for Victory against Ortiz but now it is time for some real heavyweight action, in a non-gay way, to follow up from the successful thrashing of an Aussie by British sensation Whyte.

Like a fat guy trying to pull at a club heavyweight boxing was for years going through a poor, barren spell. With the retirement of Twitter legend Lennox Lewis the undisputed title was up for grabs, yet no one took it. The Klitschko brothers reigned supreme but never did catch the publics affection, and people struggled to tell them apart (I myself have stopped trying). People speculated that perhaps heavyweight boxing was doomed, reserved mainly for fat older men who get caught taking PEDs on a frequent basis (and then get knocked out in spectacular fashion by a Brit). Everything has since changed in the last three years and we are on the verge of the biggest, most sensational, greatest ever match up in heavyweight boxing, ever! Here’s why

Both are unbeaten
Joshua vs Parker is a unification bout between two unbeaten, young men. Way back in time Ali vs Frazier was considered the greatest match up. They were both unbeaten champions. Both were polar opposites of each other style and personality wise. Unfortunately neither were British so their trilogy of fights never lived up to expectations or matched epic fights like Sprott vs Harrison 1 or 2, or any other fight where a British man is involved and wins because Britain is so great. There is always a terrific excitement when someone’s 0 is about to go, which is why Teen vids on Pornhub are so well liked.

Both are champions
Being a champion means something. I myself won a dancing competition back in October at the local community centre, so I know exactly what it feels like to be the best in the world at something. Yes, picking up a title these days might be as easy as hiring an adult worker off the internet, but the titles Joshua and Parker hold are held in high regard. They are genuine world champions, joining the ranks of former champs like Unified legends Tyson, Holyfield and WBF Champion Audley Harrison. The general public outside the greatest nation on Earth, Great Britain, will see this as a real heavyweight title fight. None of this Deontay Wilder WBC nonsense.

Both are under 30
Nobody wants to see old men boxing. Old people are really annoying and take ages to pay for things and heavyweight boxing is unfortunately filled with really old people. Klitschkos were in there 40s before they fortunately retired. Lewis was 38. Long in the tooth. Wilder is like 32! Let that sink in. A few months ago I dated a 32 year old woman and I would never do it again, I thought she was more like 42 she looked OK in a dim light (when I met her). She even cackled some hideous remark about me driving a Vaxuhall Corsa which cost me £185, this washed up old hag expected more. Regrets, we all have them. The bottom line is boxing is supposed to be two guys in their prime showcasing world class talent. Everyone knows 30 is old and disgusting. This is very evident in boxing and with women, once they hit 30, retire ‘em.

One of them is British
It cannot be stressed enough that on this flat earth we live on Britain is the single greatest nation, with Wales being the #1 country ever. Anthony Joshua comes from Britain, fights like a true Brit and rest be assured if he ever loses he will do the thing which is the most British trait of them all, make up some great excuses for a piss poor performance (Broken toe, yesterday I had a heart attack, a sheep bit me etc etc) It cannot be stressed enough how vital it is to have a Brit as an adversary for an opponent, otherwise for example Hitler would never have been made famous. It was us Brits who savagely killed 1.2 million German POWs and declared war on a country we had previously demolished and forced to sign an unfair treaty and expect them to sit there and watch as there land was taken and their peoples murdered. If this was Parker vs Wilder, the world wouldn’t care as both nations (no disrespect) aren’t exactly power houses on this flat, stationary plane will all reside on. In fact they are a bit shit compared to us, but who isn’t? Great Britain is the power house of boxing, amongst many other things such as chocolate manufacturing, shooting animals for fun and high, unjust taxes.

Neither have been done for PEDS
Neither Anthony Joshua or Joseph Parker have any previous convictions for using performance enhancers, and both have that clear natural look about their physiques, especially Anthony Joshua. Basically Anthony Joshua looks like your average 6 foot 6 250 pounds British man. We just have superior genetics. It fills the public with confidence to know these super human looking men on tele are totally full natty bruh. Joe Bloggs can also achieve these things and they do not in anyway need the help of such things as Tri-Test 400, Tren Ace, Winstrol, Anavar, T3, Clenbutorol, HGH (rich bastards) and the 1960 US Olympics weightlifters favourite, D-bol! Even the worldwide beloved Tyson Fury has been steeped in the PED controversy, when nandrolone was allegedly detected in his system. Probably just someone dropped a pill in his Guiness ages ago as nandrolone is detectable in the system for 18 months. He is clearly innocent as no one uses nandrolone anymore. Rest assured, boxing is not Tour De France, almost every single Boxer/athlete/movie star at world level is clean. Totally. Steroids are just reserved for lads who work on the doors and bang chicks, not for guys fighting for millions of pounds. Let us pray neither of them take a trip to Mexico and eat some contaminated meat.

It isn’t just a single factor which makes Joshua vs Parker such a great fight. It promises a lot of things, action, punches, knockouts and sexy ring card girls (personally hand picked and recommended by Anthony Joshua). We likely will never see a unification bout like this with two unbeaten title holders for sometime (maybe as much as six months depending if Wilder fights the winner, and Fury decides to fight that winner). Exciting, unique times we live in. Long live Great Britain!

About the author – Fantana works on the doors but has never, ever taken steroids or eaten contaminated meat.