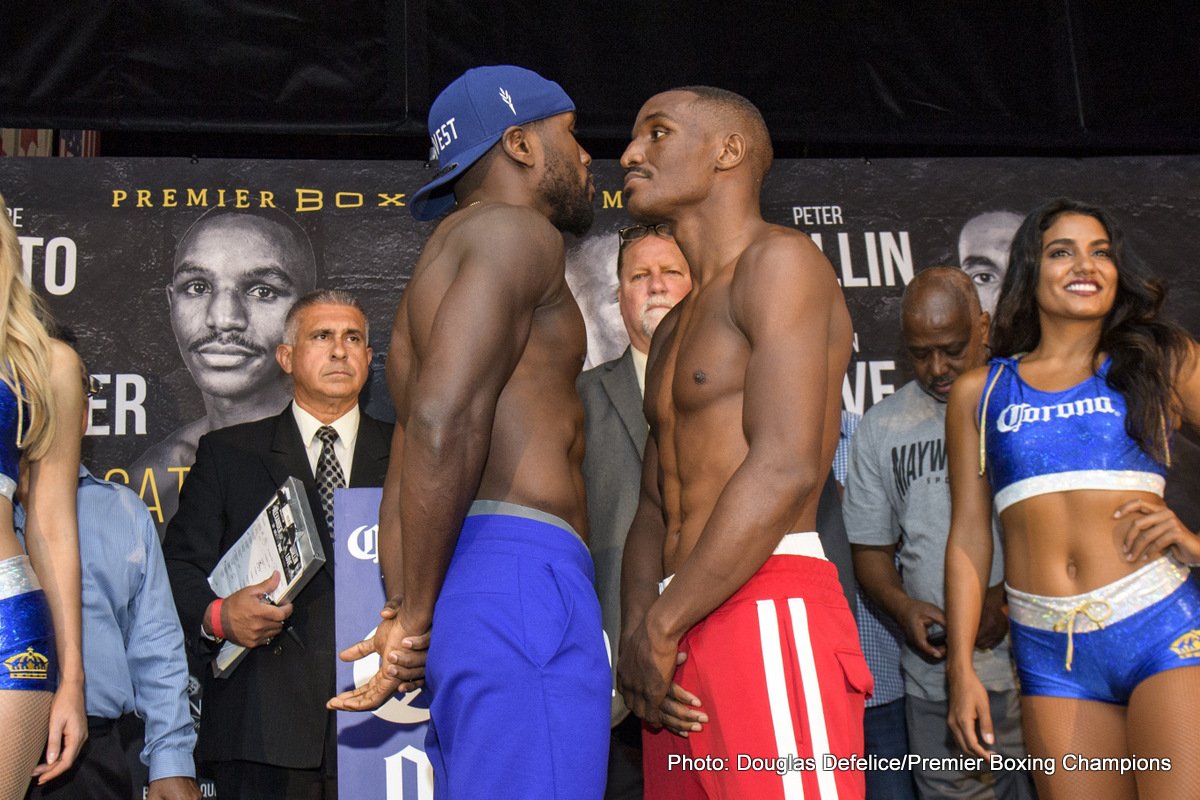 In an interesting battle of former champions, Andre Berto and Devon Alexander collide tonight. In truth it’s not a big fight, but in terms of their very careers being at stake and on the line, tonight’s fight is as big as can be for both men. Who wins?

34 year old Berto, 31-5(24) was last seen being roughed up and ultimately beaten up by Shawn Porter and tonight’s bout marks Berto’s first in 16-months. How much has Berto got left?

31 year old Alexander, 27-4-1(14) last fought in February, when he seemed unfortunate to get handed a draw at the conclusion of his fight with Victor Ortiz. How much has Alexander got left at this stage?

Alexander, a slicker than slick southpaw in his day, has youth on his side, by comparison, anyway, he has far less wear and tear on his body and he has been more active. But Berto has the edge in power. It’s an interesting match-up and a good case can be made for either man winning – might we even see another draw?

Prediction-wise: providing he doesn’t get caught by anything big, Alexander should be able to outbox Berto on his way to a reasonably comfortable and wide unanimous decision win. The winner of this one could possible get himself one more big fight, whereas the loser will almost certainly have nowhere to go except into retirement. A distance fight looks a good bet and Alexander is my pick to box and pile up enough points to bag the must-win.

On the under-card another former champ returns, as Peter Quillin will face J’Leon Love. Both men have been talking a great fight and we should see some good action here. How much has Quillin got left? 35 year old Quillin, 33-1-1(23) has the edge in experience but he has been terribly inactive since his shock, first-round stoppage loss to Danny Jacobs. Love, 24-1-1(13) and the younger man by five years, has been almost as inactive himself – with just one fight in the last two years.

This one may come down to which man is best at overcoming ring-rust problems. Quillin by decision in what could be an exciting affair.