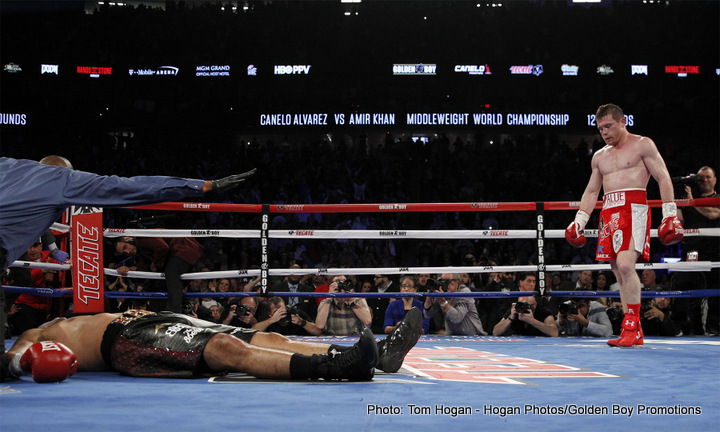 The devastating punch Mexican star Saul Canelo Alvarez knocked out Amir Khan with last night in Las Vegas was a stark reminder of how dangerous the sport of boxing is and of how brave the fighters have to be. Khan was left flat on his back from the right hand of the year, disturbingly motionless for agonising seconds and it was if reality had returned with a brutal thud. Nothing mattered now apart from Khan’s wellbeing. The fight was all hype – and it lived up to a fair share of it – but now the health of a stricken fighter was all that mattered.

Thankfully, Khan is okay, as he Tweeted while being taken to hospital as a precaution:

“I’m okay everyone. That’s boxing for you, congrats to @Canelo monster punch, much love to all the fans!”

Khan will now undoubtedly go back down to welterweight, where, in light of his terrific and brave performance, there will be plenty of big fights for him. Canelo, who was being outboxed by Khan and his dazzling speed in the first four-rounds, closed the show in awesome fashion, but Khan goes away with plenty of respect. Canelo must now face Gennady Golovkin, but will he do so? Khan, after a good, well earned rest, can come again at 147.

The big talking point is that Canelo-GGG clash, of course, but Khan remains a relevant fighter himself. A hero in defeat, Khan took the ultimate gamble and lost – by way of what must be The KO of The Year so far. We need more fighters like Khan, warriors who are willing to take risks, big risks. If he retired today, he would have a place in British boxing history, but with big fights still there for him, Khan can and will come again. 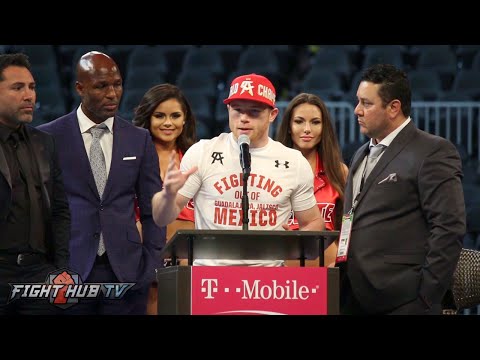 The fight was a shock when first announced and for a few rounds last night it was quite shocking to see Khan do so well, using his blurring speed to repeatedly tag, and mark up, Canelo. But the biggest shock was that devastating ending. Khan, as he said post-fight, showed big balls, but in the end he was taken out by a gigantic punch.