Photos: Tiffany Lam – The much anticipated rubber match between Americans “Mile High” Mike Alvarado (34-3, 23KO) and Brandon “Bam Bam” Rios (33-2-1, 22KO) takes place this Saturday night in Alvarado’s hometown of Denver, Colorado. Both fighters have had a tough road since their second bout in early 2013 and find themselves in need of a big win. Alvarado took plenty of punishment in losses to the hard-hitting Ruslan Provodnikov and Mexican legend Juan Manuel Marquez. For Rios, there was the shutout decision loss to Manny Pacquiao, and then a tough disqualification victory over the dirty Argentinian Diego Chaves. This afternoon at the final press conference before Saturday night, the two proud warriors promised fireworks.

After brief introductions from Top Rank promoter Bob Arum, Rios trainer Robert Garcia addressed the media. “We’ve been here (in Denver) for a couple weeks”, he said, “We were able to get a couple of local sparring partners to come in and give some great sparring. We did everything right. Our team did everything were supposed to.” Rios, who has struggled with weight issues during camps in the past, seemed happy and comfortable as he stepped to the podium. “Usually at this point I wouldn’t be able to be up here and talking to you guys, I’d be a grouchy ass kid, “he joked, “but right now my weight is perfect.” Bam Bam promised the locals a great show, “Denver, you’re not gonna be disappointed Saturday, you’re gonna love it.”

Next up was Alvarado trainer Shann Vilhauer, who kept it short and sweet on the mic. “Expect fireworks”, he said, “please expect it because it’s happening.” Alvarado himself was equally brief in his comments. “Good luck to Brandon Rios”, he said, “this is going to be a very classic fight that will go down in history.” Mile High Mike appeared more calculated and serious in his demeanor. “I’m just ready to put on a great show like I do every time I get in that ring.”

In the co-feature undefeated Mexican Gilberto Ramirez (30-0, 24KO) faces his sternest challenge to date against Russian Maxim Vlasov (30-1, 15KO). Vlasov, who took the fight on short notice, had to melt down from over 195 pounds but jumped at the chance for the fight. “This is my first fight on HBO”, he said in Russian (translated through his trainer), “this is my big chance.” Ramirez stepped to the podium and made statements in English and Spanish. “I’m trying to do better with my English”, joked Ramirez as he smiled to the media, “but I’m still better in Spanish”. Arum was quick to praise Ramirez for his quick study on English and predicts he’ll be fluent in no time. 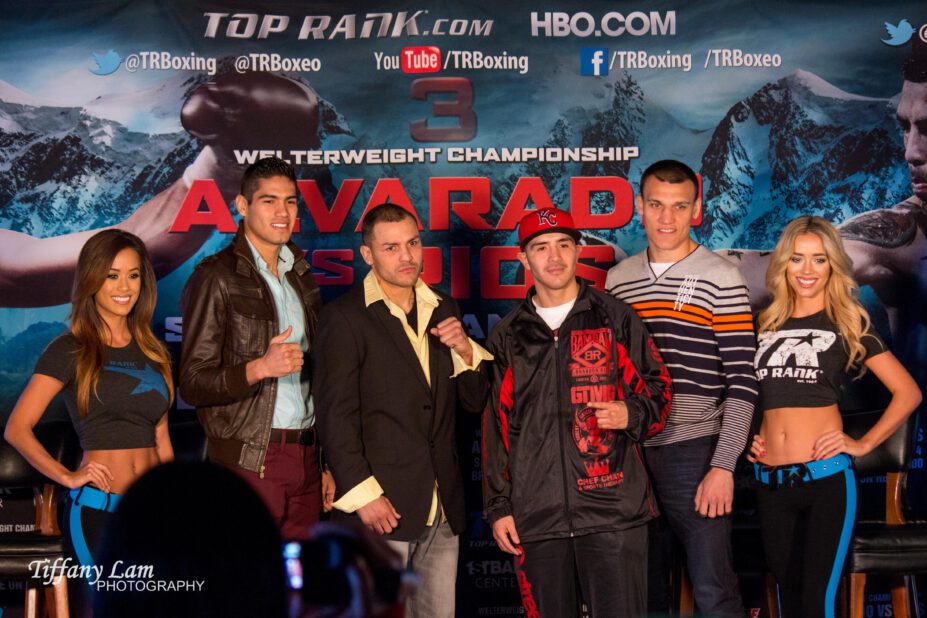 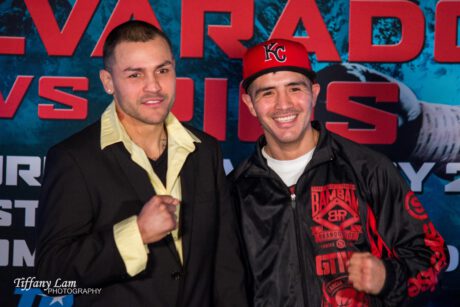 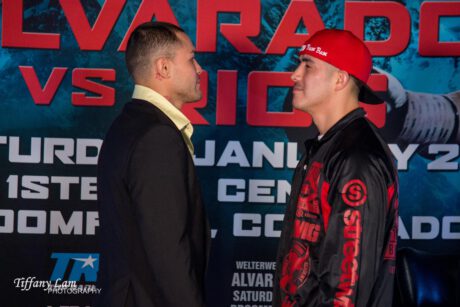 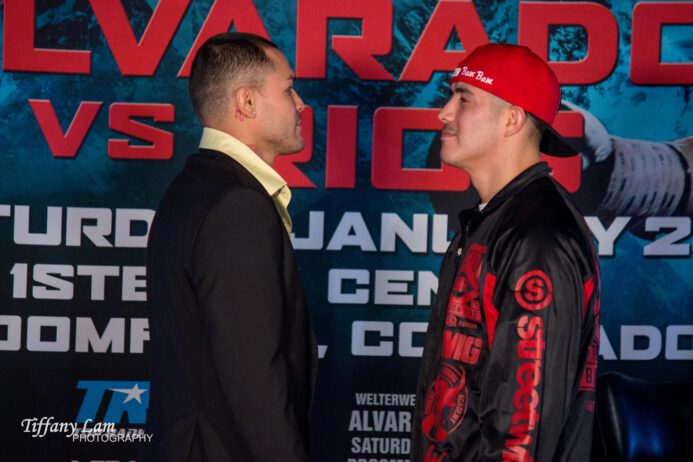 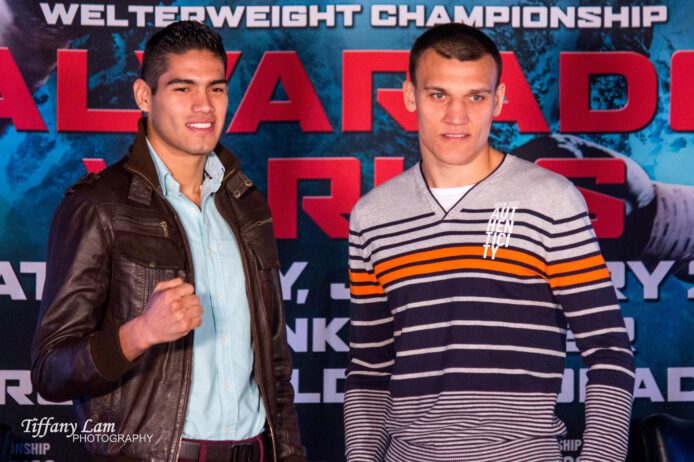