WBO bantamweight champ John Riel Casimero failed to get the “easy work” knockout win over Guillermo Rigondeaux, yet the Filipino got the victory last night and now he wants two big fights – or else he’d be happy to get one of them.

Casimero wants to fight Naoya Inoue and/or Nonito Donaire. Casimero says both men are “scared” of him, but he has challenged Inoue and/or Donaire to “sign the contract.”

“I always call [out] Naoya Inoue but Naoya Inoue is scared of me, like [Nonito] Donaire,” Casimero said at the post-fight press conference. “If he signs a contract, let’s do it, I’ll fight. Naoya Inoue and Donaire, all scared. I don’t know what happened.”

Casimero added how he is willing to fight “in the house of Inoue,” and he feels the style he has along with the style “The Monster” has would make for a great fight.

We sure didn’t get a great fight last night. Rigondeaux, having looked pretty exciting in some of his more recent fights, went back to his old spoiler ways, getting on his bike and not being willing to engage with Casimero. 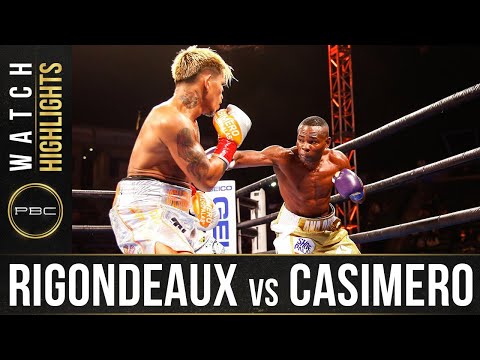 And Casimero, 31-4(21) was unable to do too much of anything about it. It wasn’t all Casimero’s fault the fight was a dull affair, but last night’s performance from the 32-year-old will not have scared Inoue or Donaire any.

Some fans actually feel Rigondeaux deserved the split decision win that went Casimero’s way. It was a disappointing fight either way and we can only look forward to Casimero’s next outing.

We all know Inoue is a thrilling operator, one with chilling power – “I have power too,” Casimero said – and as such it’s unlikely we would get a snore-fest if the two got it on.

There is a chance Inoue and Donaire could meet in a return of their superb 2019 battle, therefore Casimero will have to wait (and no doubt carry on claiming both of his rival bantamweight champions are afraid of him).

As for Rigondeaux, the 40-year-old who is now 20-2(13) says he aims to carry on fighting. But will anyone be crying out to watch him?