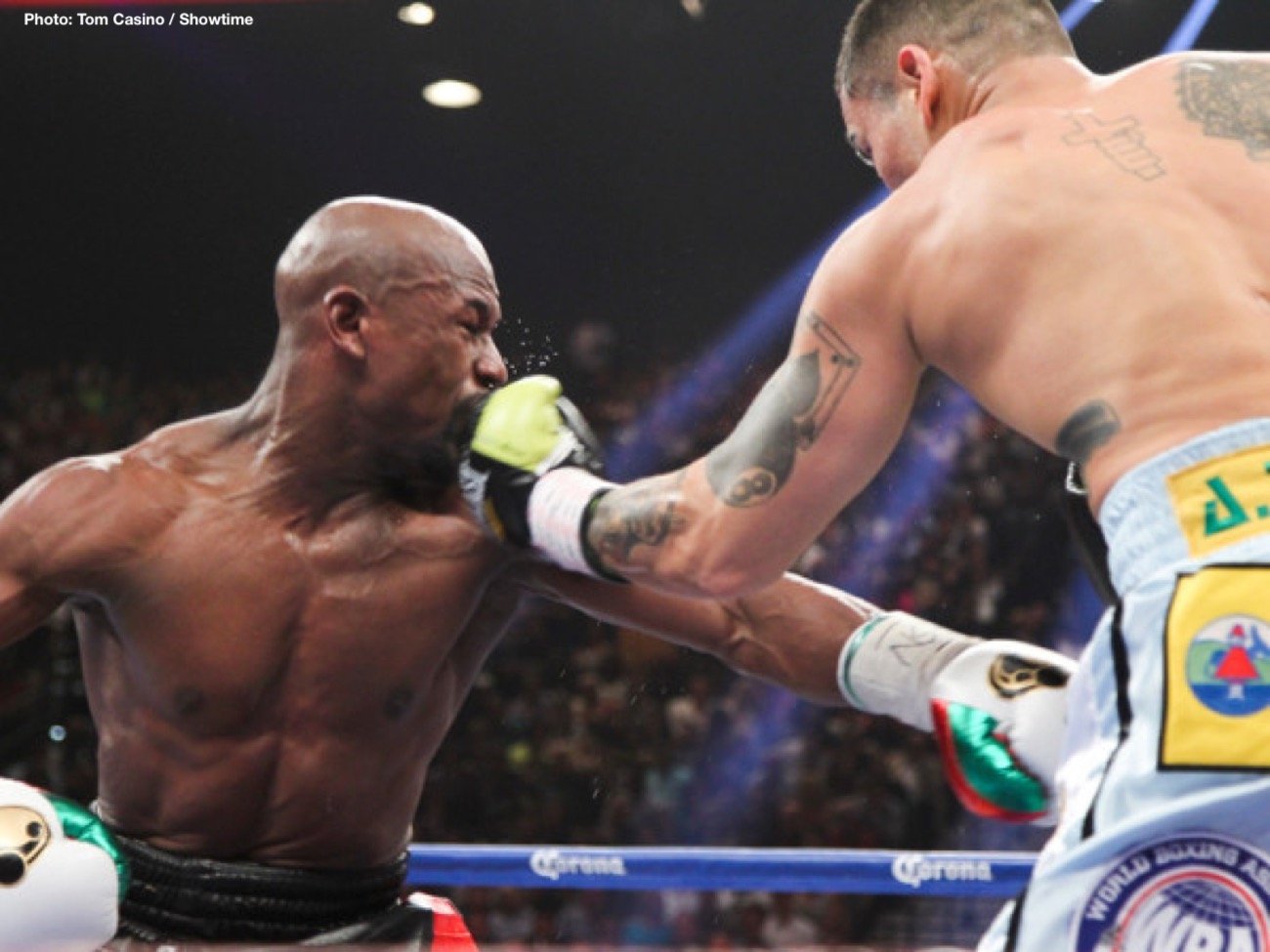 How about this for an amazing claim: Marcos Maidana has posted a picture on social media that he shows Floyd Mayweather’s tooth. Maidana says he knocked the tooth clean out of Mayweather’s mouth when he cracked him right at the end of round three in their 2014 rematch.

At that point in the third round, something does appear to fly out of Mayweather’s mouth and ‘El Chino” claims it was a tooth and that he (or a member of his team) scooped up the molar and that he has it today as a keepsake.

Floyd, as per The Mirror, says he did not lose any teeth in either fight with Maidana, saying only how the punch I’m round three of the second fight “got my attention.”

So who knows, is Maidana, who is still supposedly going to fight again soon (when the coronavirus issue has been dealt with), looking to rile Floyd into accepting a third fight with him ? 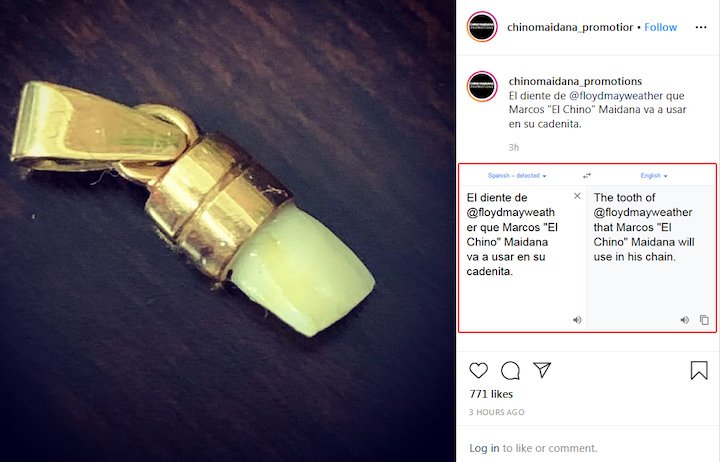 Maidana certainly was an excellent and exciting fighter in his day, and he is quite a colourful character. Maybe we will see the Argentine back in the ring with a big name before he’s ready to retire and stay retired.

The tough slugger who never backed down from a war, turned pro in his homeland in June of 2004 and within five years he would challenge for his first world title; dropping a debatable split decision to WBA 140-pound champ Andriy Kotelnik in Germany. In his next fight, the first classic “El Chino” would give us, he ripped the interim version of the same belt with a thrilling, up from the floor stoppage winner over “next superstar” Victor Ortiz.

But Maidana, if we can believe his new claim, picked up something other than a win in fight-two – one of Floyd’s pearly whites!