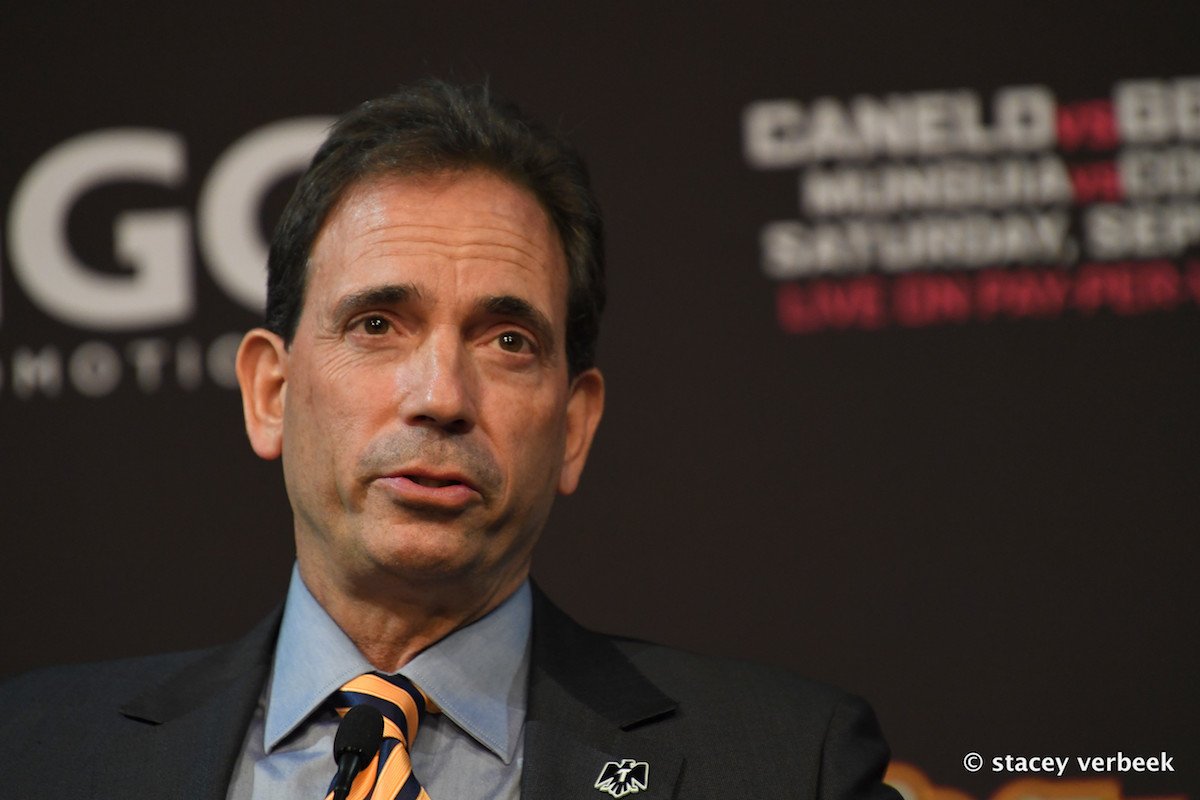 ‘Tis the season to make a boxing comeback. Mike Tyson, Roy Jones, Oscar De La Hoya, James Toney, Riddick Bowe, Evander Holyfield, Sergio Martinez….. they’re all either coming back or are seriously thinking about it. Might Wladimir Klitschko join them, or has he already done so, as far as the thinking about it part goes?

Wlad turned 44 in March, so he is younger than any of the other fighters listed above. And the big difference, his former promoter Tom Loeffler said of “Dr. Steel Hammer” in speaking with Ringtv.com, is the fact that Wladimir trains constantly, he has never stopped doing so, and “his body shape almost looks identical to when he was defending his titles.” This would allow Klitschko to do what the other veterans cannot do: compete with the elite of his weight class even now.

Loeffler says he would “love to see” Klitschko launch a comeback. It’s been almost three-and-a-half years since Wladimir last fought when he was stopped by Anthony Joshua in a great action fight in England. Since then Klitschko, 64-5(53) has teased us with the idea of maybe coming back, and for as long as he keeps on training and looking so fit fans will wonder whether or not he will fight again.

“If there’s anyone who can do it and still compete at the world championship level, it would be Wladimir,” Loeffler told Ring. “I would love to see him come back, but ultimately that’s a decision that he will have to make. And if he does, I think he has an excellent chance of beating George Foreman’s record. I don’t see any of the older boxers being able to compete at the level where Wladimir would be able to.”

Foreman’s record is of course of becoming the oldest ever world heavyweight champion, in November of 1994 when “Big George” flattened Michael Moorer to regain the crown. Could Wladimir really break the record? It would be interesting, in a big way, if Klitschko did come back. Which champion would he target – Joshua or Tyson Fury? Which loss would a 44-year-old Wlad have the better shot at avenging?

As Loeffler says, it’s a decision Wladimir has to make himself, and maybe, for now, he is opting to stay put. But what’s that old boxing adage? ‘They all come back’……Maybe.