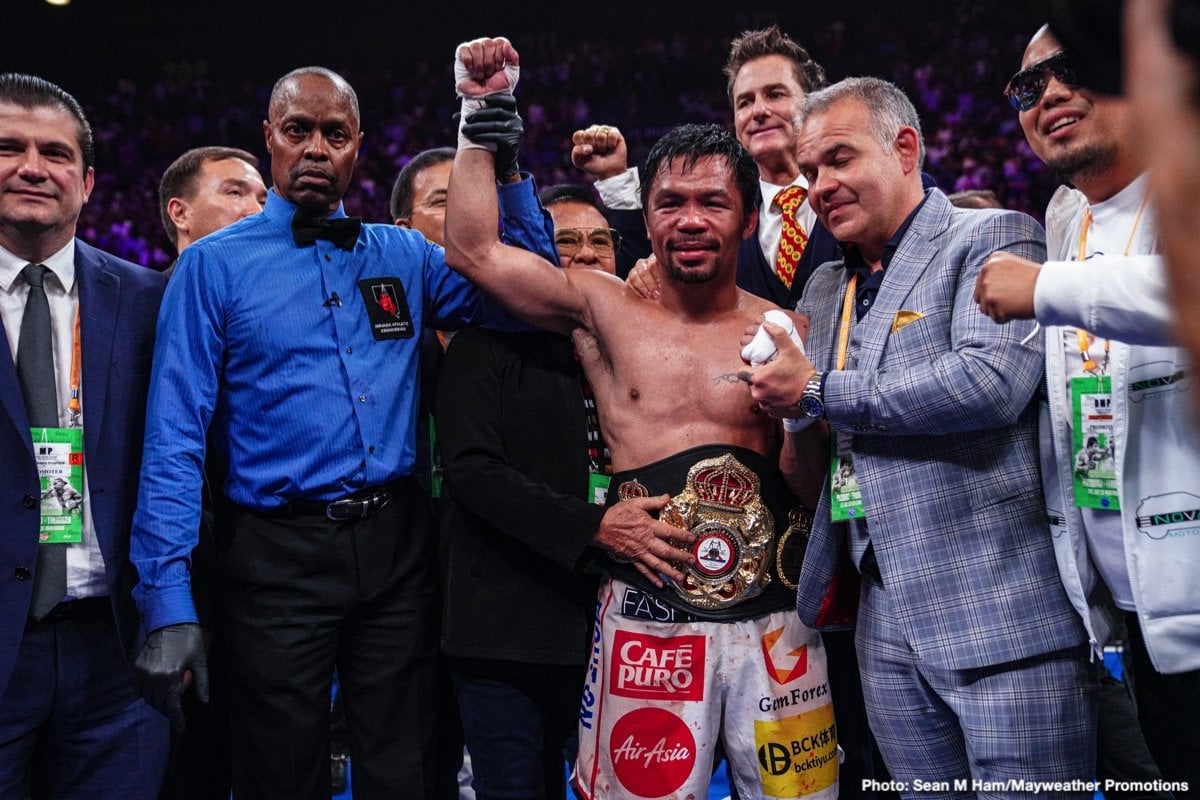 Was it really a full decade ago when superstar Manny Pacquiao captured his eighth world title in as many different weight divisions with a brutally brilliant, prolonged beating of Antonio Margarito? It was indeed.

On November 13, 2010, inside a packed out AT&T Stadium in the heart of Texas, Pacquiao went up in weight once again, this time to super-welterweight (or if you prefer, junior-middleweight).

Pacquiao, who had seen no movement on a Floyd Mayweather fight – this a genuine, absolute super-fight the entire planet wanted to see – instead faced Mexican bad boy Margarito. Pacquiao, now aged 31 and a whole many miles away from his winning of his first world title, this down at flyweight, agreed to face Margarito at a catch-weight of 150 pounds. The vacant WBC, 154-pound title, was on the line.

Margarito, who had fallen out of grace with millions of fight fans due to being busted for attempting to use “loaded wraps” when entering the ring to fight Sugar Shane Mosley in January of the previous year, was undoubtedly the bad guy in the fight. A bad guy many people wanted to see beaten up, knocked out, punished. The KO never came, but the beating sure did, as did the severe punishment.

Margarito, the same age as Pac-Man, took a fearful hiding. On the scales, Margarito came in at 150 pounds on the nose, Pacquiao weighed 144.6. In the ring, however, there was a huge difference in weight – with “Tony” weighing 165 and Pacquiao weighing just 148. It was a super-middleweight against a welterweight. And the welterweight won. The blindingly fast, wickedly powerful welterweight won.

The fight was dubbed “The Eighth Wonder Of The World,” in recognition of the eighth title Manny was going for. It perhaps should have been dubbed “Beat-Down.” 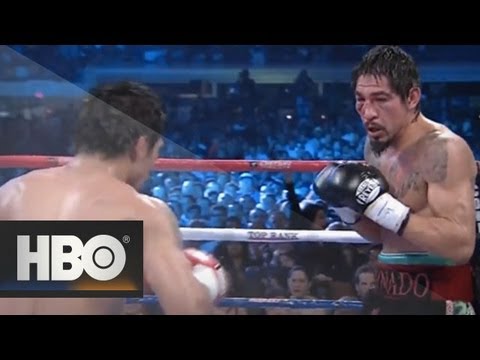 Pacquiao was brilliant from the opening bell. Way too fast, way too accurate, and way too aggressive for the bigger but notably slower man (slower of both hands and feet), the southpaw dynamo was darting in and out, landing his hurtful shots almost at will. Soon enough, Margarito was getting busted up. Suffering cuts around the eyes and then a right eye that was hammered shut, it was only Margarito’s raw courage and refusal to quit that kept the fight going. That and the referee’s refusal to listen to Manny’s impassioned pleas for the fight/slaughter to be stopped.

Margarito’s best round was the sixth, when the Mexican managed to land a hefty shot to Pacquiao’s body, sending him into the ropes. After the fight that had appeared so utterly one-sided, almost easy for Pacquiao, the pound-for-pound king admitted that he was hurt in the middle rounds and that the fight was tougher than it looked. From the outside looking in, it was total one-way carnage. For those people who professed to hate “Margacheato,” it was a joy to watch.

Pacquiao was soon accused of having let up on his battered target, the feeling that he could have scored the KO or stoppage had he wanted to quite a strong one. It didn’t matter; Pacquaio was the master. He was the best in the world. Mayweather wanted nothing to do with him. “Keep ducking Manny Pacquiao,” one headline read shortly after Manny’s hammering of Margarito.

As we all know, we had to wait almost five more years before Mayweather and Pacquiao finally fought. And when they did fight, it was a dud. Had the two greats fought when they should have done – in 2009, 2010, or 2011 – who knows what might have transpired.

As for the thoroughly beaten and beaten up Margarito, he would never be the same. Pacquiao’s fists had permanently damaged his right eye, his vision never fully returning. Margarito fought on, but on the night of November 13, 2010, Manny Pacquiao beat the devil out of him.